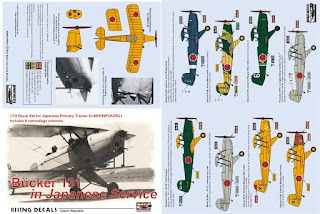 More recent sets from Rising Decals include a small but colourful 1/72 sheet for the diminutive Bücker 131 in Japanese Service (Rd72076) with markings for eight different Army and Navy aircraft. This type was called Kouyou or Momiji (Maple) in Japanese service and code-named Cypress by the Allies.

This is a colourful sheet which usefully includes photographs and drawings showing the Hitachi Ha-47 Model 11 and GK4A Hatsukaze Model 11 engined cowlings to adapt the suggested RS Models kit (availably in several versions - a Japanese subject is included in kit # 92206). There was a Huma kit of this type (which included an anonymous Japanese subject) as well as a more obscure kit by a Czech producer MGA and a resin kit from CMR (hat tip to Zbyszek Malicki for  advising about those two). Yahu offer pre-painted instrument panels in RLM 02 and RLM 66 for the type (YMA7276 and YMA7286 respectively). Speculative colours give the modeller plenty of choice for personal interpretation. 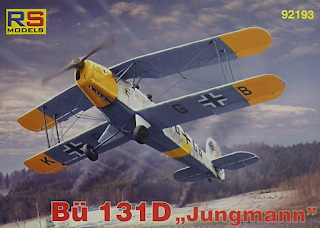 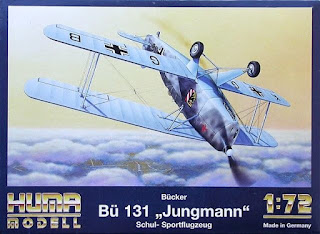 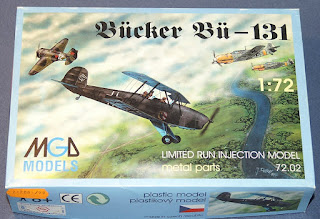 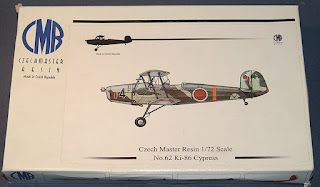 With special thanks to Mirek of Rising Decals for the sample set.

There are two more models of the subject in 1/72 scale. Both are from Czech companies. One is resine CMR and the second is much more enigmatic MGA Models (this could be repackaging from ???) Both you can see at my IPMS group site:

Thanks for that! I'll update the blog to reflect it.
Regards
Nick