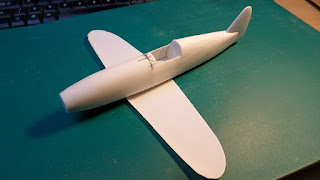 In the second part of the 1/48 scale Ki-78 scratchbuilding project, John has assembled the fuselage (above) with some difficulty due to the thin and flimsy edges of the vacformed parts, requiring a lot of additional support using thin strips on the inner sides. These can be seen in the wheel wells (below). John then added the fin and rudder, crafted from thick plastic sheet. 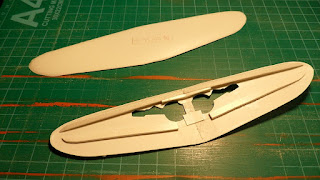 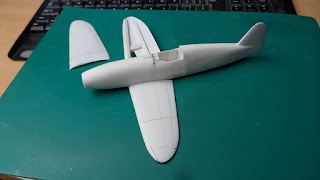 Construction of the wings proceeded quite smoothly. John made four wing spars and after some careful filing and sanding the two halves matched each other. The trickiest stage of assembly was to mate the wings to the fuselage and John followed a construction method often used with mainstream kits of fixing the lower wing first and then adding each top wing separately. 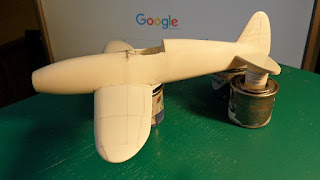 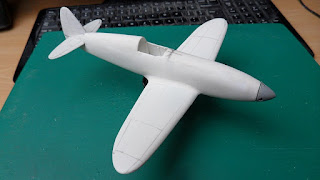 Next the distinctive fuselage radiators were crafted using the process Frank Mitchell calls "heat and smash". John made a plastic master form and heated plastic sheet on the electric oven to produce two radiators. 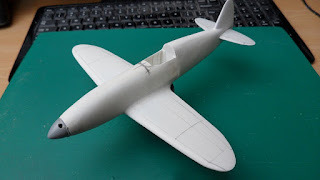 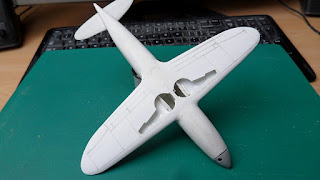 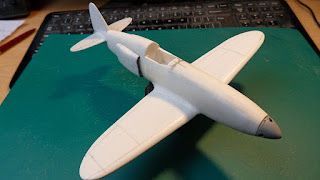 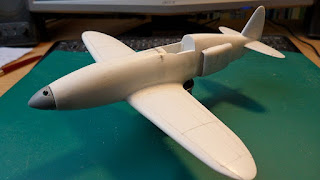 And there we are. The model at this stage begins to look like a Ki-78 but there is still a lot of work to do! As the last hours of 2017 tick away the project will be continued in Part Three next year . . .

Thanks again to John for sharing these inspiring images and notes. And best wishes for 2018 to everyone.

John, your work is totally awesome! I love seeing this beauty come together.

I keep telling myself I need to get back into scale modelling, and then I will focus on scratch building too. Your work is very inspiring!

Stunning craftsmanship. Thanks for sharing!

Tom Draper said:
I have a Mattel Vacuform machine, actually two of them, but I can no longer find the clear vinyl 10 mil material to make canopies with. Can you direct me as well as others who are having this problem to a supplier?

By the way when I make a basswood mold I use three or four sheets of basswood, cover the top layers with some magic marker and glue them together with Ambroid cement. The black surfaces become data lines on the part, making it much easier to achieve a symmetric part.

For the clear canopy parts I always use that packing material you get
with your shoppings etc.
Especially thick variants work fine for me.