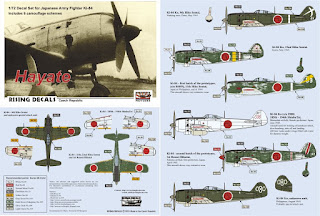 The Rising Decals Hayate sheet - RD72085 - shown above, is a more modest offering than for Hien with only six subjects, but they are well chosen and interesting, as follows:- 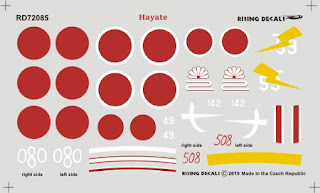 This is a good sheet for Hayate buffs with suggested kits from Sword or Hasegawa. A 1/48 sheet - RD48026 offers seven subjects but duplicates only four from the 1/72 sheet, with three new subjects as shown and described below. 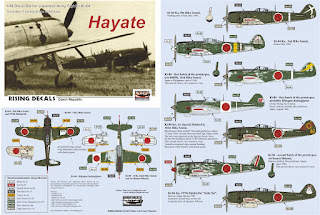 The three new subjects on this sheet are as follows:- 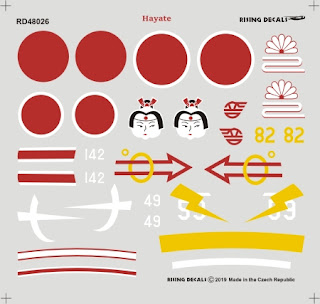 Another well chosen sheet with interesting subjects for the recommended Hasegawa kit.