The prolific Rising Decals have recently released sets of markings for Japanese Army fighters Hien and Hayate in both 1/72 and 1/48 scales. 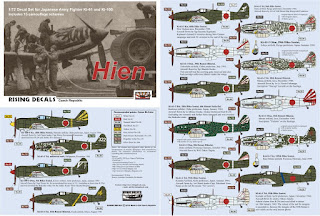 Set RD72-083 provides markings for no less than 15 colourful Ki-61 and Ki-100 aircraft as shown above. Subjects are as follows:- 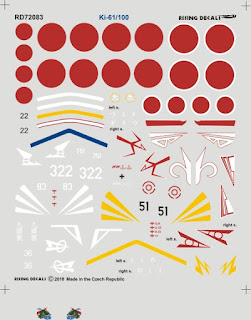 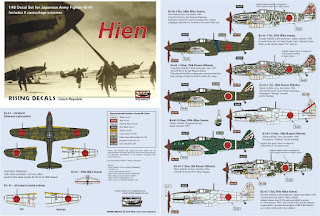 Great.
I hope one beautiful day the real and interesting variant for ki-61-II (fast back) will be found too.

Thanks so much for making us aware of what's available Nick!