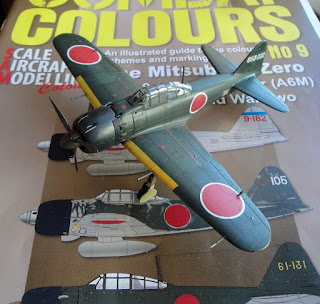 Alex Rodionov has very kindly shared these images of his model of a Mitsubishi-built A6M5 fighter-bomber made from the second generation 1/72 Hasegawa kit. The model represents 653-222 of the 653 Ku cadre at Oita airbase, Japan, during September-October 1944, one of two fighter-bombers of that unit whose markings are offered in the 2013 Limited Edition kit   As may be seen Alex scratch-built excellent details for the kit's somewhat spartan cockpit interior and wheel wells. 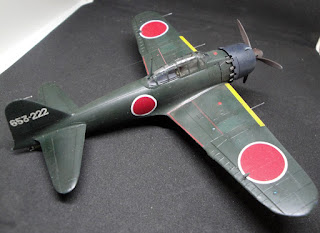 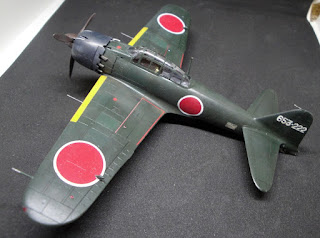 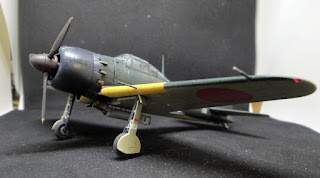 653 Ku was established in February 1944 with elements of Chitose, Chiyoda and Zuiho units as a mixed unit of fighters, fighter-bombers and torpedo bombers. The unit was carrier borne during the Battle of the Philippine Sea and subsequently participated in the air defence of Taiwan against US carrier forces and in air battles over the Philippine Islands. In early November 1944 a cadre of the unit, which had remained at Oita under Lt Yasuo Masuyama, was committed to the fighting in the Philippines, briefly re-joining the main body before cumulative losses forced it to be disbanded on 15 November. 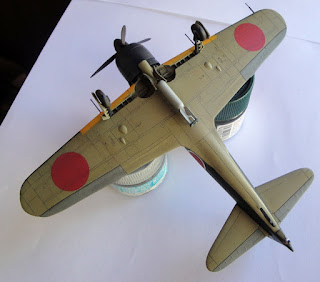 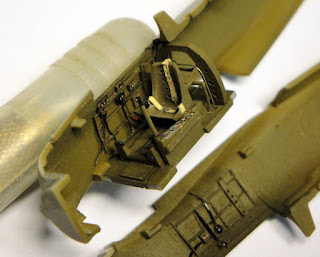 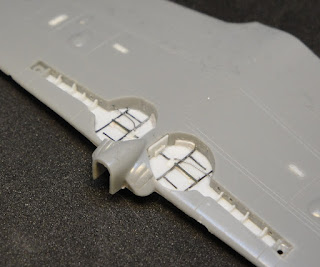 With special thanks to Alex for sharing these images of his model (and his kind hat tip towards Combat Colours No.9!).

Great work on the details. Thanks for sharing.

Wow, the detailing and painting is great. By the book. An excellent sample for other modellers to follow.

Alex, this is fine work, very subtle, thanks for showing it to us. And thanks for the venue for doing so, Nick, and all the posts through many years. Long may you run!

Thanks for that kind comment. We missed our 10th anniversary, in March 2018, but still going if not so strong! ;-)

George, Michael, Mark.
Thanks for your comments and nice words!
And I would like to thank Nick.
For his work and books, for his research and for his blog.
Thank you, Nick!