It is always a privilege to be able to share here the wonderful 1/48 scale aircraft models hand crafted by John Haas. His latest project to build a Ki-74 follows on from the Flying Review magazine retrospective feature on the type posted her last August. In John's own words then:

"I always have had an interest in lesser known, exotic aircraft and the Tachikawa Ki-74 is no exception. To build a model you need good drawings. It took a long time before at last I found a rather good 3-view drawing as a starting point. Compaired with photographs, there are some minor differences. 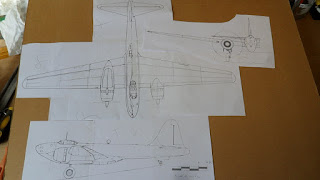 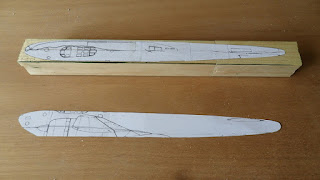 "So I printed the drawings in 1/48 and started carving the fuselage in wood. I planned to make some vacuform sections for the cockpit and nose sections, to install some interior details later. I had some concern about blending the large 'bathtub ' with the fuselage belly but that worked out well. 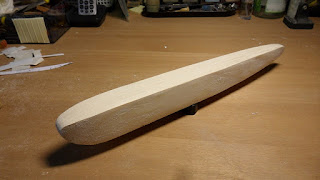 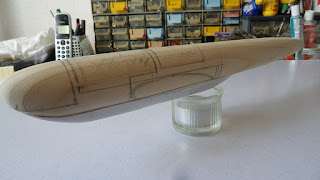 "It involved a lot of work, to remove wood sections from the fuselage and replace them with the vacuum formed plastic parts, in the same time building the inner cockpit details. 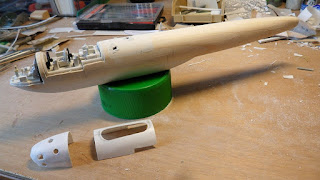 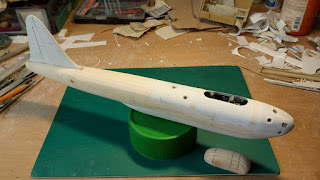 "After this most importent and difficult chapter, I made the tail feathers. For those I also used plastic sheet. I find it easier this way, than to use some solid plastic or wood. 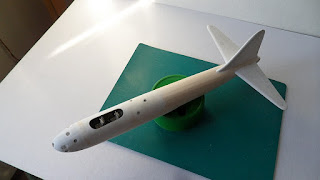 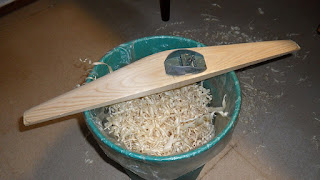 "Next major work, the wing. Fortunately I made quite a lot of them, so this was more or less a routine job. It always is a dusty business, shaving, carving and sanding. 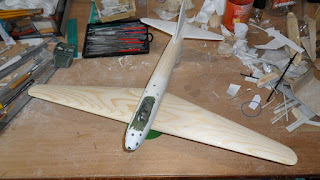 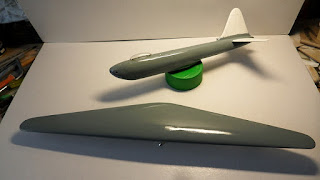 "I painted the fuselage and the wing in a neutral grey to check for any bad spots."

To be continued in Part Two.

Superb craftmanship, it's a treat to see this process in images. Thanks for sharing!

The work of an artist! I can‘t wait to see the finished model.
Wunderbar John, and thanks Nick.

Wow, this is true modeling!

Really looking forward to seeing the finished product. John, your work gives the necessary perspective regarding the furor over whether the new Eduard Boulton-Paul Blotto III is a millimeter short at the firewall! Onward, through the wood shavings!