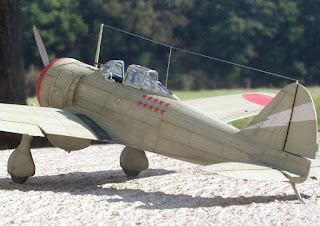 Stéphane Sagols has very kindly shared these images and details of his build of the 1/48 scale Mania/Hasegawa Type 97, Ki-27, kit to represent the aircraft of WO Hiromichi Shinohara, 1st Chutai, 11th Sentai, as flown during the Nomonhan incident. Shinohara was the highest claiming ace of the incident, with 58 victories. The ten victory stars were applied to the aircraft during the June lull in the fighting and represent victories claimed in two days of air combat during May. Shinohara was forced down in this aircraft in Soviet territory on 25 July 1939 but was rescued by Sgt Maj Koichi Iwase. The four-chutai 11th Sentai was the highest claiming Japanese fighter unit during Nomonhan and its 1st Chutai was led by another well-know ace Capt Kenji Shimada who flew a similarly star-marked aircraft and claimed 27 victories during the fighting. 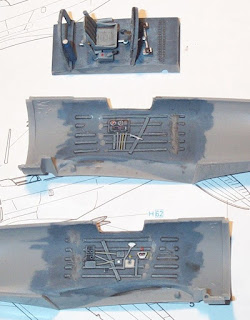 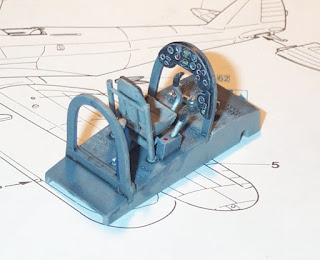 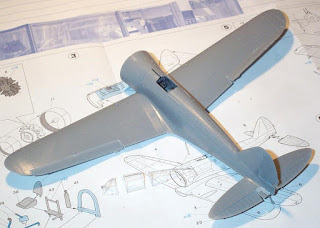 Stéphane built the model from the box but detached the control surfaces and cut the canopy into three parts to show it open. For the cockpit he used a mix of grey and dark blue enamels, adding some touches of black, white, natural metal and yellow for the instruments/equipment and wiring. The seat was painted I.J.A light grey and he added the back cushion. The instrument panel was painted black with a light grey dry brushing and some colours added in the dials then gloss varnished. 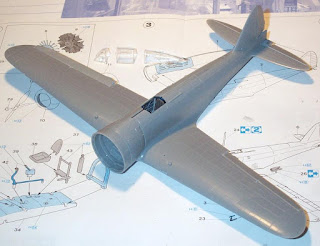 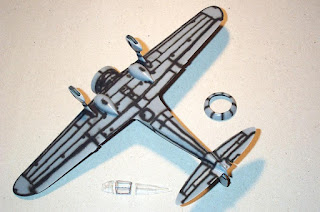 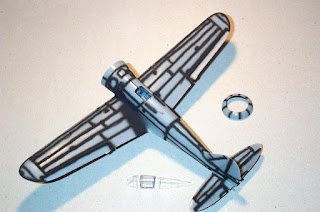 The external base color is Tamiya XF-14 J.A. Grey with panels slightly thinned with white. The Hinomaru insignia are painted on. Weathering was achieved with Tamiya X-19 Smoke mixed with some Sepia ink and water. 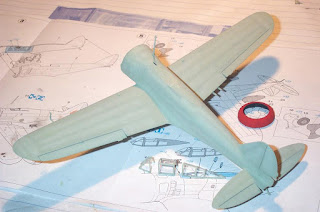 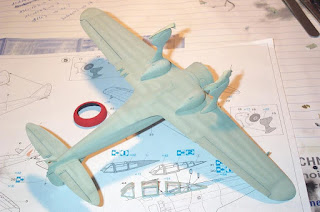 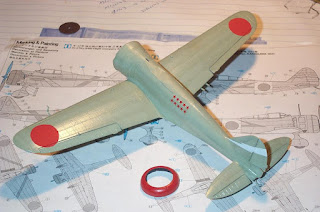 With very special thanks to Stéphane for sharing these images and details of an impressive model built from a classic and perennially popular kit, regularly re-released by Hasegawa with new boxes and decals since 1979. 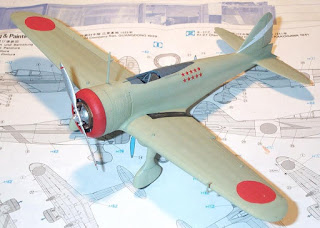 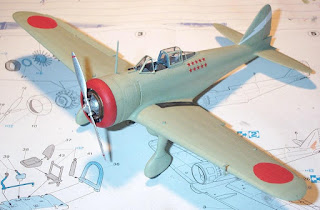 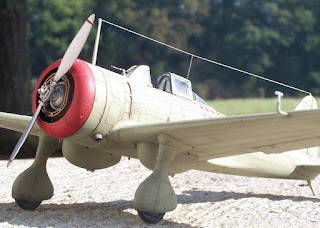 Good ralisation of the well known plane. Thanks for sharing.

Great looking model and thanks for the descriptive build notes !

A real beauty and a good article. Anyone who's never built this one might find it a quicker project than most - that's part of the reward!

Thanks Stephane for sharing it; thank you Nick for hosting it here.