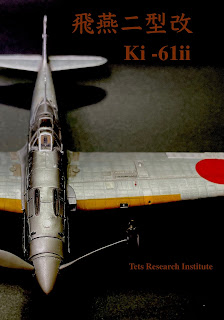 Back in 2014 Aviation of Japan  referenced a challenging project by Tetsuya Inoue to kit bash the 1/48 Hasegawa Kawasaki Ki-61-I and Ki-100 to produce a model of the Ki-61-II 'Bubbletop' fighter, linked to his own impressive website Tets Research Institute. Now after eight years Tetsuya's project has finally reached fruition and he has very kindly shared these images of his stunning model (which will fortuitously herald a short season of Imperial Japanese Army fighter models and topics) as well as uploading many more at his own website here. Previous updates for Tetsuya's project can be found in Aviation of Japan entries for August 2020, May 2019, October 2018, March 2018 and June 2017. 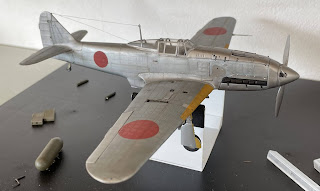 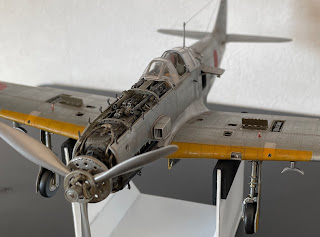 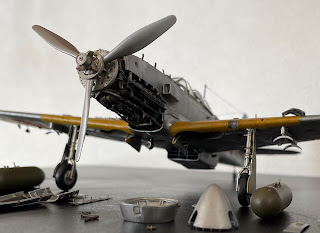 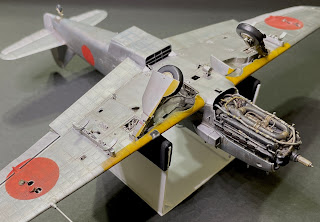 These awesome images speak for themselves in terms of Tetsuya's magnificent achievement, the details of which would be considered superlative in 1/24 scale let alone in 1/48 scale. A painstakingly meticulous and systematic approach, combined with a forensic appreciation of full-scale detail realised by patient modelling skill taken to an extraordinary level have created a more than museum quality model which literally presents the Ki-61-II 'Bubbletop' in miniature form inside and out. Wonderful. 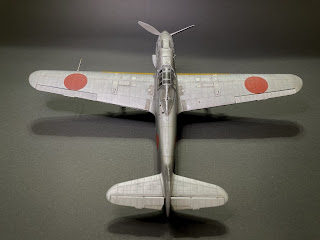 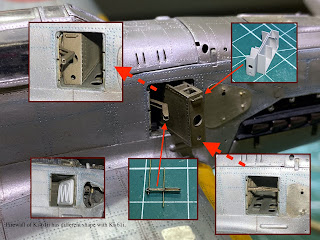 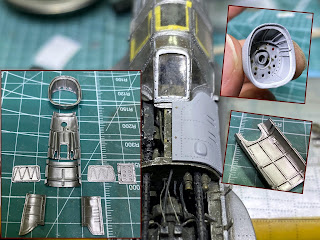 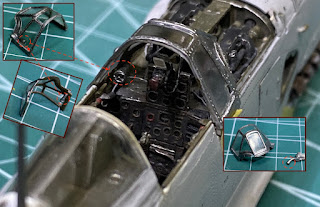 With very special thanks to Tetsuya for so kindly sharing updates and images of his incredibly impressive project with Aviation of Japan. Do please visit his website to enjoy more of a truly magnificent exposition of applied modelling skills to produce an exceptional model of  this rare Kawasaki fighter aircraft. 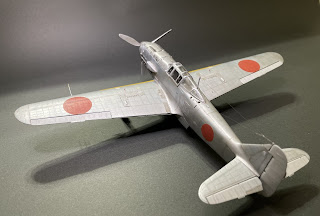 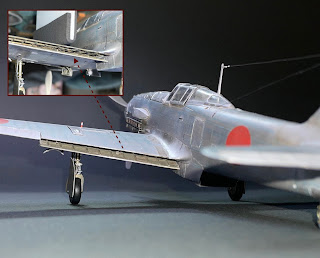 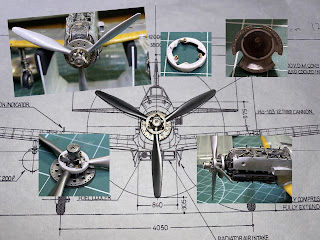 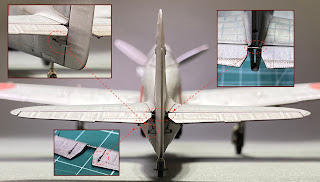 I don't have any words. It's just jewerly work. Great Master.
Thanks for sharing.

This an incredible achievement! I followed Tetsuya's progress on his website, and some of his detail dedication inspired me for my recent Ki-61-I Tei model. Most of it is so perfect, however, like the little chains holding the open access caps, that it's impossible to replicate it. Thank you for the WIP and for showing this beautiful model!

Absolutely inspirational work. This really is the penultimate Ki-61 and as Nick mentioned, would be very respectable in 1/24 let alone 1/48. Very well done!

I’m speechless, …a Magnum Opus…truly model building and research on an unimaginable level of expertise ..Bravo!

Thanks for sharing, Tetsuya and Nick …can’t wait to check out the website

Having followed Tetsuya's progress on this model for many years, the end result was well worth the wait! What a stunning piece of art! Clearly no short-cuts were taken and there is even plenty of detail that will probably never be seen again. This model lives and breathes like a real plane, the low-angle photos in particular are very convincing. Absolutely mind-blowing is the precision of some of the parts, like the propeller hub. Fabulous work on this superlative scale replica of one of the best-looking fighters of WW2!

I can only add my deep admiration to the other tributes found here. I was a goldsmith and stone-setter for several years, and this work reminds as much of that discipline as modeling - maybe more so. Tetsuya, congratulations upon completion! Nick, thanks for giving us a look-in throughout the build's process.

This looks as much like the actual aircraft as a scale model possibly can. Impessive beyond words. Wow!

Tetsuya's website says the Ki.61-II external rivets were found to have been made from blue anodized sheet on the real one that was restored recently. So he simulated that on the model.

Thank you all for your kind comments.
Reading your words again and again make me realize that the past eight years for this project have been very meaningful. Thank you so much for your appreciations of this project.

I’ve been always hoping to see what I’ve never seen before. And also I always want to see things that has been already lost. That’s my only motivation to build models. We have a real Ki-61ii at Kakamigahara, but many parts had been missing from on her. And also bubble-top-canopy type had disappeared from the Earth forever. I just wanted to feel how it looks to my eyes if it could exist in front of me. I’m very happy if you would feel the same impression with me even just a little.

Nick, again, thank you very much for keeping to share my project for long time. I have no skill to express my gratitude to deserve your kindness enough, but it’s always great honor for me to be featured on this great blog, Aviation of Japan.

There are simply not enough adjectives to describe how wonderful this modeling journey has been to follow over time. Bravo!

I've been following the build here for the last few years and it has been a source of inspiration during my own Hien build. Knowing that Tetsuya went so far in his quest for accuracy and detail made me humble to push on. And by the looks of this model it was worth the wait. Congrats. A true masterpiece in every way.

Thank you very much, Dan, Dario and Ignasio ! It’s my pleasure for you to deeply understand my intention and concern, and to kindly keep watching my project journey.
In fact, my build has some incorrect portions. The worst is the underside of the Ha-140 engine, for which I have to refer to DB605, due to the lack of any proper reference at that time. The other is about fuel tanks. Japanese planes also had leakage prevention black gum over fuel tank, but my build doesn’t. I’ll keep share such detailed information from now on, so it would be much appreciated if you keep watching.

Thank you so much, 73north ! If the RS model in 1/48 had been released eight years ago, I would use it for my project as a base !

Speechless is not hyperbole when describing the magnificent replica. Most of us modelers are merely kit assemblers especially when compared to such a masterful price as this. Perhaps the finest replica I've ever had the pleasure to see.Thanks for sharing your beautiful and careful work.

Thank you very much, and sorry for my late finding, William. I’m greatly honored by your beautiful words.
Since the completion of the eight year’s project, I’ve been dealing with 1/144 semi-finished models that I’ve stocked before. One day per one model, because no need to paint nor scratch! Model building is always fun for me, no matter how the way is.

Extraordinary. A master's work. Tetsuya, You are an inspiration. Thank you.

Thank you so much, Fred !