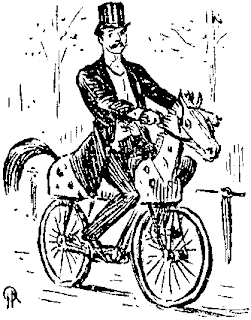 One of the curiously disconcerting things about the communication of information via the internet is the astonishing diversity of the approach to "accuracy". To some it is a driving imperative they agonise over and to others a slightly disagreeable nuisance, to be avoided if at all possible. In between are many shades of grey.
Those who scorn accuracy often astonish further by participating in online discussions about colour with a vehemence that borders on fanaticism. There is the odd article, both online and in magazines, where the model builder who has decided to "plough his own furrow", instead of doing just that, rails against those who prefer accuracy and those who provide information to that end, usually using that time-honoured phrase "No-one really knows". The bit they usually omit to add to this is "but I'm going to give you the benefit of my opinion and it must be worth something (even though no-one really knows) "
Having spent many hours researching a particular subject from primary source records in the National Archives it astonishes me that, when sharing the fruits of that research, there are those who would rather scorn it and rely instead upon their earnestly held opinion, preference or prejudice. Nothing wrong with that of course, each to his own. But when they enter into public debate from that viewpoint and, perhaps more worryingly, attempt to pass of their opinion, preferences or prejudices as something based on more than a wet finger held aloft, some real confusion can result.
"Ah, but . . . " they write, "specifications were only for guidance. We all know that in practice they were ignored and anything went." Do we?  But even if we did should we embrace a kind of modelling anarchy of anything goes? Unfortunately the same proponents of this "crew-chief with a tin of any old paint" philosophy,  are often the same ones who jump in with both feet when the debate has very little to go on, and weave the most miraculous arguments based on everything from the radiated luminance of thousands of digital pixels on a much scanned "colour" photograph to the "educated guess" based on a pre-conceived determination, usually where the few facts that are known are assembled together to fit the conclusion in a dubious concoction, rather than t'other way around. Is it really that bad to write "I don't know" and actually, if you don't know, to refrain from posting what amounts to an opinion at all? Apparently it is.
Sometimes the online fire-fight abates and is replaced by the rapid but silent drumming of the email jungle telegraph as allies are sought and "facts" checked. There is one particular character type who never responds to an online statement about aircraft colours, but immediately alerts the members of his clique to its appearance and checks in with his tame guru so that the opinion, preference and prejudice in that tiny, mean pea-brain may be re-assured and reinforced, usually resulting in an oblique post by one of his messengers on another forum.
I think the problem is that for all the ignorance about certain things, the colour of Grooster Gnu interiors for example, there are those who like to think they "own" certain aircraft types. They are enthusiasts for the Gnu, have every book about it, examine closely every black & white photograph of the type, pontificate long and loudly at the modelling club about their latest miniature creation of the Gnu Mark 18, that field-modified one with the non-standard gun turret and the dampened exhausts. So, when a question about the Gnu comes along for which there is no known answer, they feel that they ought to know and that, being Gnu experts their opinion is worth something more than that wet finger held aloft. It is at these darkest before dawn moments that the much-maligned specifications may be dusted off and trailed out, no longer a matter of scorn, but used to prop up a questionably relevant hypothesis that really boils down to a distillation of personal opinion, preference or prejudice.
But the greatest consternation is reserved for those occasions when someone has the audacity to cite evidence that flies in the face of said opinion, preference or prejudice. It seems that the most vigorous challenge has to be raised against that evidence rather than against the more tenuous opinion, preference or prejudice. Then out comes the old "specifications are for guidance only" bollocks and the shaky appearance of that tiny colour "photograph".  Much hot keystrokes and much ado about nothing usually, but you can guarantee that the mere mention of a particular hot topic, Grooster Gnu interior colours for example, will attract a lengthy thread from the "usual suspects", often including myself - even though I know I shouldn't!
After its long dormancy I hope to add something meaningful to my SEAC blog to get it going. The subject of SEAC colours and markings is obscure and there are lots of interesting things to explore. The colour of Grooster Gnu interiors will not be one of them.
Posted by Straggler 脱走兵 at 16:24

I used to swear by their work, until I started visiting the Russian forums and buying their books on the subject.

The shock of finding out that those two gentlemen claim the camouflage schemes in non-existant colours (f.eg. A II Dark Green)is... well I hope they will be soon be likely shocked.

Keep on, and I look forward to SEAC blog - those pale undersides of Hurricanes were..?

You're doing great job Nick. Don't waste your time "fighting the trolls". I do undestand though your need to speak your lungs out. Verdran is right on money regarding those VVS guys, particularly Pilawski, one reason I abandoned, reluctantly, VVS subject. I'm sticking to Japanese always eargerly waiting for your new post or response on HS or j-aircraft. I also completely disagree with "anything goes" and "nobody will ever know" approach. Scale modelling is representing the history of machine, color, marking as accurately as possible. I personally tried to battle this incredibly stuborn cliche about so much paint flaking off Japanese plane. Majority won't listen. Why? They don't care/understand historical research. Again thanks a million for all your work.
Mario

Well said Nick and please keep up the great work on your blogs. I for one am looking forward to updates on the SEAC blog.