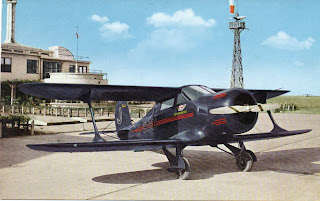 Reader Jacob Terlouw has very kindly contributed these fascinating photographs of Japanese civil aviation types, a subject I should like to feature more often here. The heading picture shows the Beechcraft J-BAOI of Nihon Koku Yuso Kabushiki Kaisha (NKYKK - Japan Air Transport Company) that featured on one of the recently reviewed Rising Decals sheets. However, the blue depicted in the colorised image is very dark, almost like the blue-black Navy cowling colour and brings to mind the widely differing depictions of the blue colour trim on the Mitsubishi Karigane communications aeroplane 'Kamikaze', some of which show a bright, almost cobalt, blue and others a dark navy blue - almost blue black (including one contemporary model). I hope to feature more on 'Kamikaze' and her blue colour in due course. 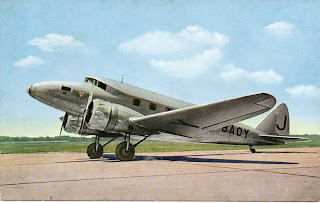 This Nakajima AT-2 (Ki-34) 'J-BAOY' was an aircraft of NKYKK named 'Haruma' and registered in May, 1937, although this registration was subsequently also worn by a Mitsubishi G3M1 of Dai Nippon Koku KK registered in 1939. 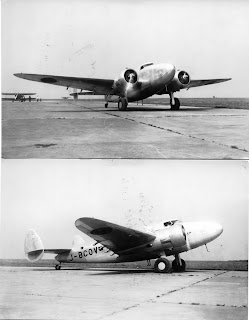 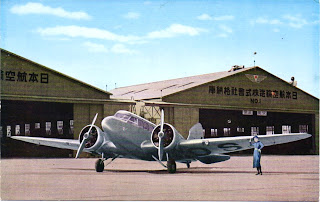 And finally an Airspeed Envoy, registration unknown. The Japan Air Transport Company was incorporated in October 1928 under both civil and military jurisdiction and during the war continued to service air routes across Japan's 'Greater Co-Prosperity Sphere'.
Image credits: JAT postcards all courtesy of J Terlouw
Posted by Straggler 脱走兵 at 22:21

I like to see more of these kinds of entries, especially where it relates to civilian versions of military aircraft (Ki-24, G3M, Ki-15 etc.)

Hi, will you please help me out with c/n & aircraft registrations of Fokker Airplanes(Super Universal/Nakajima Ki-6)built in licence. Thank you and have a great day. Jos Slottje - Netherlands