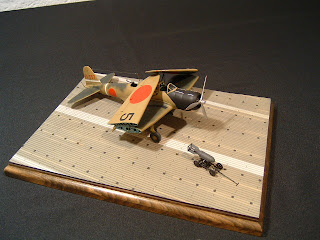 It is a great pleasure to be able to display these images of Ernest Pazmany's superb 1/48th model of the Nakajima B5N2. Ernest began this project in late September 2007 using the Hasegawa wing-fold version of the Fuchida "Kate" with parts for the 250 kilogram bombs taken from the "Pearl Harbor Bombardment Command" version of the same kit. 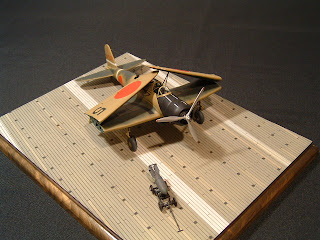 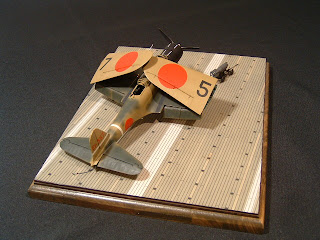 Ernest used a variety of paints but mainly enamels, with a fairly dark green inside the cockpit based on photographs. The main colour is White Ensign Models Colour Coats Nakajima Amber Grey (Ameiro) ACJ17 lightened in places for subtle tonal variations. Ernest has been fascinated by the 'I-3'/amber grey paint for years and wanted to try it on a Shokaku based bird. The green dappling was added with Floquil RLM 73 and also varied in tone. Ernest noted that the application of the green varied from heavy to light on different aircraft. On the model the original glossy finish is represented as a matte to semi-matte for personal preference only. 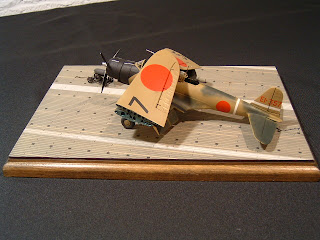 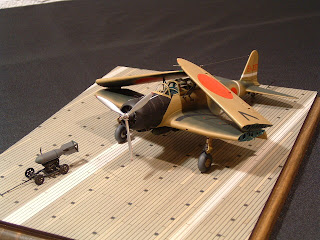 All markings were painted except for the numbers, torpedo lines on cowl and tail code with Aeromaster decals used for the latter. The wing walks were painted in various shades of grey black. Ernest will probably add a little more weathering in future but he is not a fan of heavily weathered models. 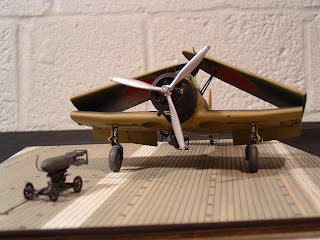 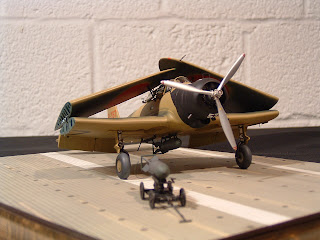 The rudder and tail control surfaces were cut and repositioned on the model with an Eduard tail wheel trolley attached. The bomb cart is a Fine Molds casting (no longer available) with one of the two bombs riding it. The carrier deck shows Shokaku line patterns as taken from photos of the ship. The planking was painted in varied shades of grey, yellow grey, tan, etc., as Ernest wanted to depict a  wood deck weathered by the elements. Ernest plans to add more weathering and smudge work so that it has a more used look in the future and also plans to add two or three figures down the line. With completion of this model Ernest says he is now ready for an OOB project! 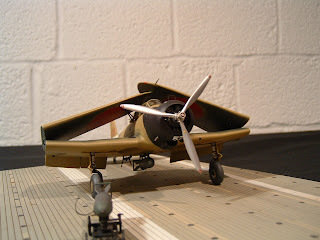 Really stunning! What a beautiful built kit in every detail.

I was surprised to see the splotch camo - I guess I've seen too many renditions of PH IJN aircraft that are light grey with black noses.

Anyway, it's perfect - one of those models that demands a first-person, closeup examination.

Thank you for posting!!

Good looking build, Ernest. Thanks for letting us see it.