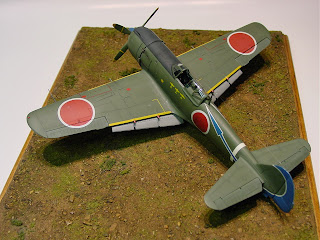 Mark Smith who has been following the ongoing series of rambling Thoughts about Hayate very kindly sent this image of a stunning 1/48th scale Hayate model built by Jim Barr and inspired by the painting of the 29th Sentai Hayate on the cover of Donald W Thorpe's 1968 'Japanese Army Air Force Camouflage and Markings World War II'. Unfortunately this is the only image still available as the model was built "a long time ago in a galaxy far away". Jim masked and painted the wave arrow insignia using tape. The blog post title is taken from Mark's email too. Thank you both for facilitating the sharing of this one. 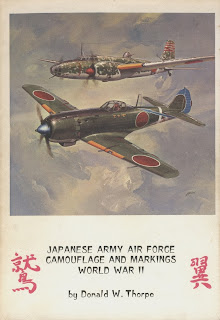 this was my stepfather - i remember this in his workroom.