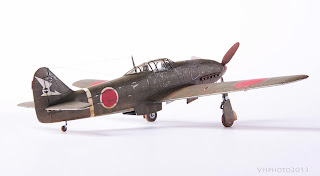 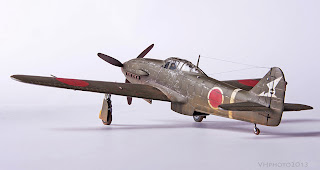 It is no secret that I'm a bit partial to the real 'Japanese Mustang' whose performance potential was curbed both by the unreliability of and subsequent unavailability of its engine. The Ki-100 was a sparkling substitute but there are many intriguing possibilities had the Ki-61-II Kai been developed with a fully-functional and unflawed DB 605 engine available for production in quantity. It is therefore a real delight to be able to share and show these images of the RS Models KI-61-II Kai in 1/72nd scale as built by Vojta Halamíček in the markings of the 56th Sentai based on a well-known photograph of the original. The finesse and attention to detail of this model (note those blanked off gun ports), especially in the painting and finishing, are simply stunning and put many a larger scale model to shame. 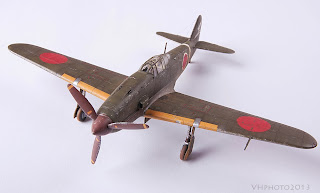 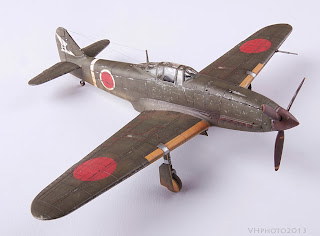 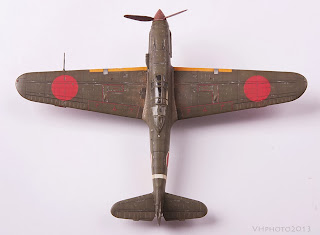 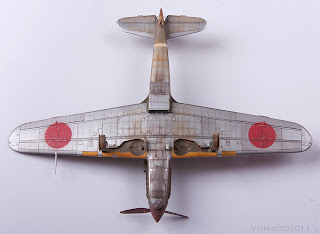 Vojta found that the dimensions and shape of the kit matched plans very well and encountered no problems in assembly, the kit requiring only a tiny lick of putty around the top cowling panel and radiator. Vojta chose to replace the radiator grid as the only real detour from an out-of-box build. The kit supplied cockpit is detailed and well equipped so Vojta made just a few simple improvements but notes that there is a photo-etch set available for this kit from Brengun. The complete build can be followed here in Czech language where Vojta comments on the subtle green-brown shifts of the paint scheme. 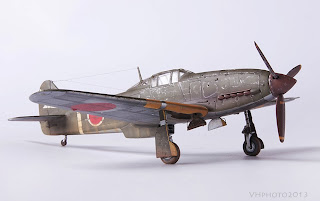 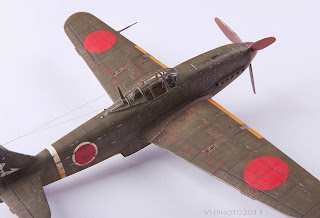 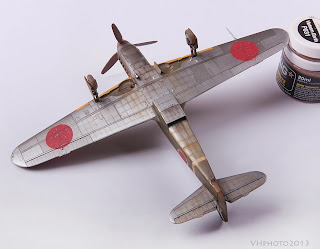 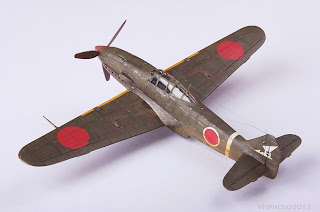 During the build Vojta corresponded about the paint finish and colours of this aircraft so I was pleased to be able make a very modest contribution to the superb end result. The upper surface finish beautifully represents the factory applied olive brown colour (IJAAF # 7 or 1-1 as it became after February 1945) which Vojta  mixed from GSI Creos (Gunze) H78 Olive Drab 2 and H405 Olive Green. The under surfaces were Alclad 101 Aluminium variously tinted and toned. Overall varnish was Sidolux and then the model was oil washed and weathered with 502 Abteilung oil paints and MiG Production pigments. Finally the paint chipping was added using Tamiya X-11Chrome Silver. 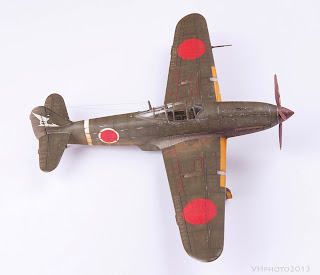 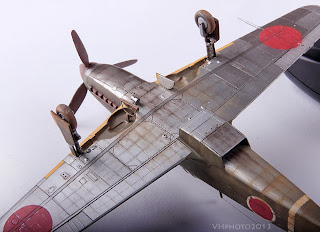 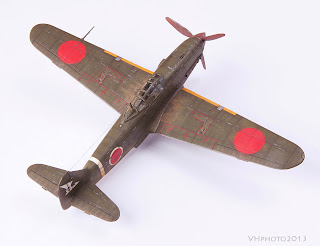 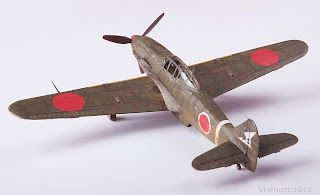 More views of this superb model here. With special thanks to Vojta for kindly sharing the build details and images here. And I have an inkling of his next build which is eagerly awaited at Schloss Straggler.

Wow! Thanks for sharing, Vojta and Nick. A tour-de-force in paintwork and artistry.

What a gorgeous build! Thanks for posting this and making the rest of us aware sir.

Impressive work! Thanks for posting this, Nick, and congratulations to Vojta for his superlative build. Besides from the well done weathering, the aluminium finish on the undersurfaces is outstanding.
Well done!

Thanx to all and especially to Nick for advices and consultations.