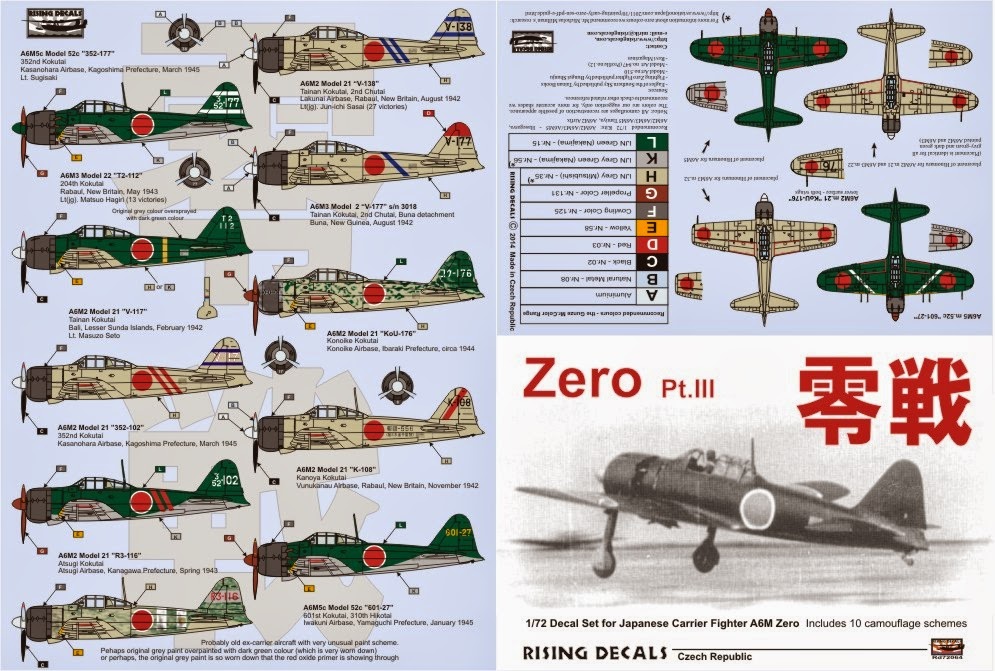 Rising Decals homage to the ever popular Reisen continues with set 72-064 Zero Part III which provides decals for ten interesting subjects. Previous sets are reviewed here and here. There are now good kits of the Zero in 1/72nd scale from the 1990s second generation Hasegawa, still very respectable, through the superlative Fine Molds and Tamiya, to the accessible and easy on the pocket Airfix. All of them benefit from after market decal alternatives and there are plenty to choose from the selection of variants here. 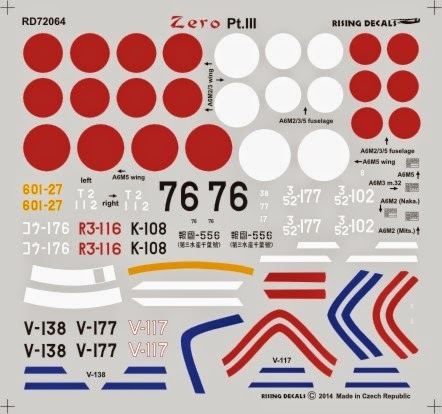 An excellent and inspiring set as usual from Rising Decals - highly recommended.

Back in April 2013 I ran through the various issues of the Hasegawa (ex-Mania) Ki-48 kit. The 41-year old veteran was recently back again and for completeness is included here. It is a Limited Edition re-issue with attractive new box art offering two options from the 8th Sentai, pertinent to the previous blog article. Not obvious from the box but the kit includes a photo-etch set of dive-brakes for the II. Good value for less than £12 if ordered from Japan but hurry! In addition to the "moonlight dive bomber" on the box art the kit includes decals for a 3rd Chutai machine in 1942, the same one that featured on the 1995 issue box art, colour call outs identical. Moulding quality looks very good given its age, with crisp engraved detail and negligible flash. A good opportunity to get one if you have missed it and an essential subject for a IJAAF or CBI collection. 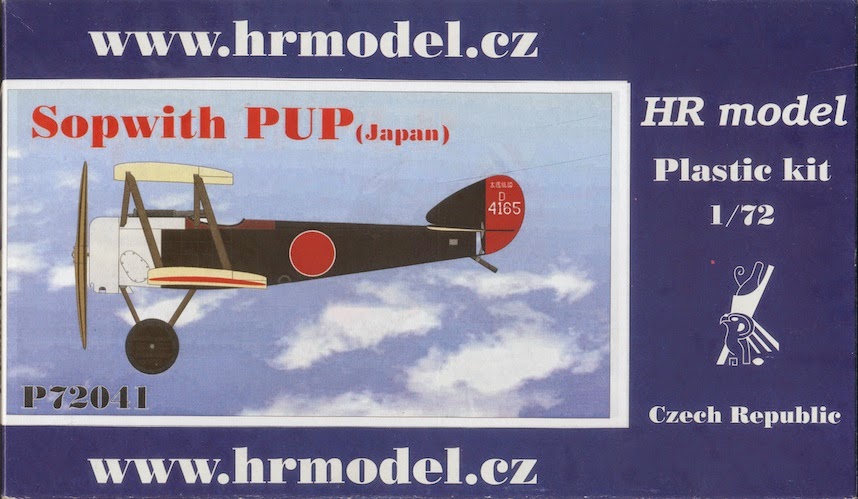 HR Model of the Czech Republic have issued a family of 1/72nd kits of the Sopwith Pup including a Japanese Army version as P72041. The kit is neatly moulded in grey plastic with optional engines and cowlings, together with decals for three subjects, including two consecutive loop record breakers flown by Capt. Ozeki and Lt Kawaida who must have been somewhat green about the gills by that 456th loop!  The third option is for a machine operating at Vladivostok in 1919. The rudder markings are difficult  if not impossible to improvise so anyone buying this kit will have two spares with which the old but still respectable Airfix kit could be dressed up. I have a little doubt that the fin and rudder were really painted red. If they were then it was different shade of red to the Hinomaru. The decals include the red to match the Hinomaru so there is no opportunity for an alternative representation without some tricky painting. Plain white characters and numbers would have been preferred. 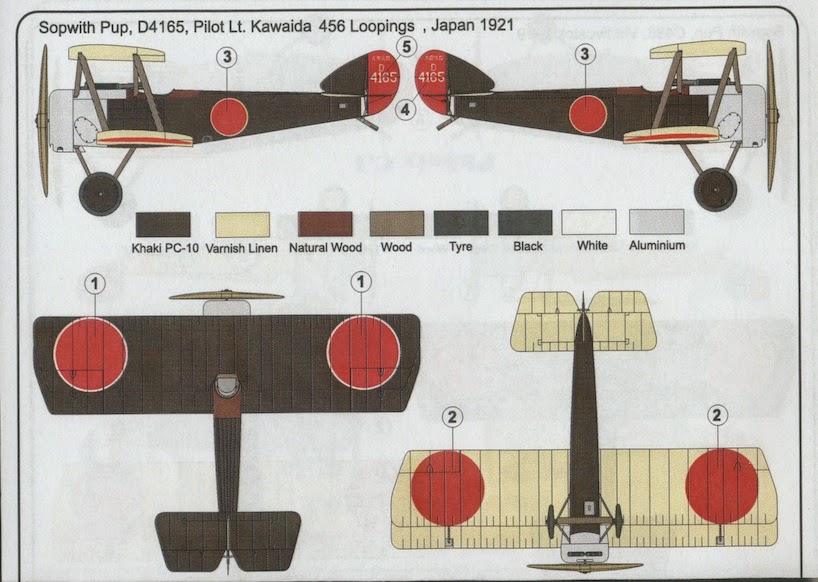 In Japanese Army service the Pup was designated 'So-shiki 3 type ' (ソ式三型 - So-shiki 1 and 2 types were British and French supplied variants of the Sopwith 1½ Strutter). The characters on the tail displayed that designation together with the aircraft serial number (D4165 in this case) and sometimes the year - Taisho-8 nen (大正八年 - 1919) - that it was taken into service.

Build it with a pilot and display it pylon mounted and inverted at the top of a loop for something a little different.That's all folks! I hope to get back to more regular blogging from now on as the backlog of topics is growing!

- That Reisen decal set has many a/c I've desired to model, but lacked the markings! Huzzah!!!
- I have two of the HR Pups waiting to be picked up at the post office from Hannants. :)
- I have two Ki-48's in the stash, can I justify a third?

Thanks for posting such great news Nick!