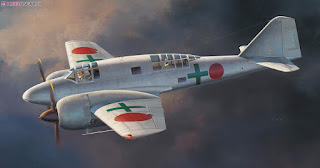 Forthcoming IJAAF re-issues and new kits in 1/72nd scale which may be of interest to blog readers. The Hasegawa Ki-46-II gets another outing, this time in 'Green Cross' surrender guise, and Special Hobby re-release their Ki-43-II as a late production variant (which they call 'Otsu') with lovely box art as one of the Burma presentation aircraft in reticulated camouflage. To my mind the Hasegawa Ki-46 suffers from a slightly humpbacked look to the upper fuselage between the canopies, spoiling the svelte lines of the type. The aged Airfix kit still has the better airframe shape but the Hasegawa kit has finer detail - and better props and spinners! 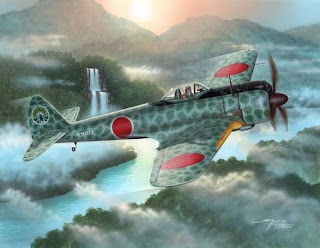 Previous release of the Hasegawa Dinah was in 2014 as kit # HSG02128 'Mitsubishi Ki46 II/III Type 100 (DINAH) Tiger Unit' (below) which contained parts to build either a Ki-46-II or Ki-46-III (but not both) and decals for three aircraft of the 18th Dokuritsu Hiko Chutai in China. A significant feature of this kit is that it contains completely new engine, nacelle and cowling parts for the Ki-46-III which are different from those in the original CP6 kit of 2000, which used identical sprue frames as the Ki-46-II kit for those parts. Hopefully this 'new' Ki-46-III will also be re-issued in due course. 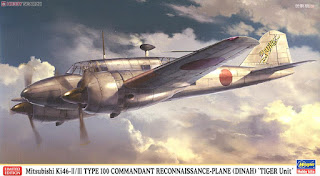 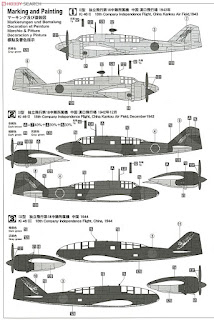 In April the resurgent Aoshima are also due to release new 1/72nd scale kits of the Kawasaki Ki-61-II in both 'bubbletop' and 'razorback'  versions, which will come complete with ground crew and accessories, including trestles and elevating jacks - a nice touch offering plenty of diorama potential. 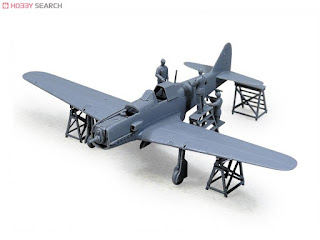 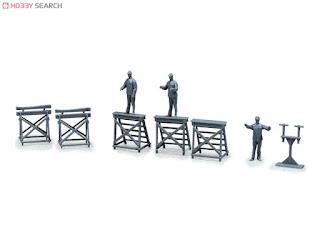 Nice updates! Any chance of a review of the new Airfix 1/72 B5N Kate?