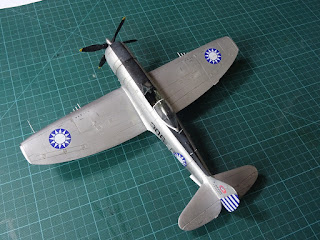 It is always a pleasure to display Chinese model aircraft subjects and Craig Godwin finished this sharp looking Academy 1/48th scale P-47N for a Britmodeller Group Build as a Republic of China Air Force (RoCAF) F-47N from the 11th BG based on Taiwan using Bestfong decals (Set 48043a). Craig's build report can be viewed here. 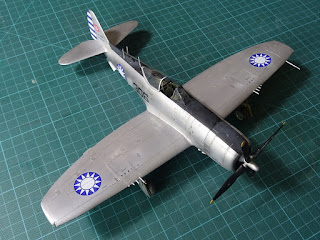 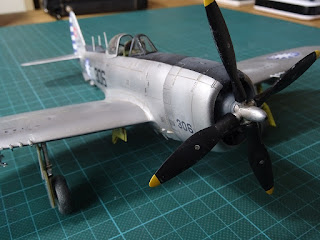 It is perhaps a less well-known fact that the RoCAF F-47N was used extensively for bombing and reconnaissance missions over the Chinese mainland from 1950 to 1957 with 14 "Thunderbombers" lost to enemy action during air combat with the MiG-15 and La-11 or from anti-aircraft fire. 12 pilots were reported killed in action and two were reported missing in action from those sorties. The RoCAF P-47Ns equipped the 3rd, 8th, 26th, 27th, 41st and 43rd Squadrons and the squadrons of the 5th TFG. One P-47N pilot Lieutenant Hui Wei defected with his aircraft ('233') to the Peoples Republic of China on 18 May 1955, crash landing in Guangdong. 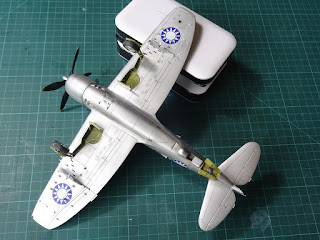 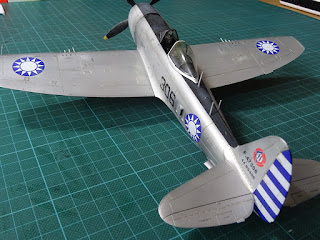 With special thanks to Craig for his kind permission to share these images of his excellent and unusual model here.