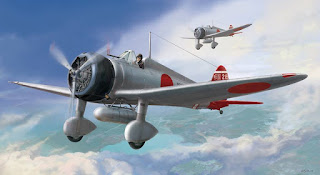 You wait ages for one new 1/48th Claude to come along and then two arrive together! Hat tip to Vedran for alerting us to an announced A5M2b kit from Wingsy Kits. Due later this year but my heart sinks slightly at the prospects for re-inventions of the colour wheel. Aoshima have now released box art and further images of their new 1/72 Ki-61-II Kai duo due out at the end of this month. That cowling and spinner relationship is looking good. They have also announced a new Ki-61-I Tei, due in July, displaying what appears to be a prototype model with just a slightly alarming whiff of the old Revell kit about it!  Really looking forward to these but they are currently on 'order stop' at HLJ :-( 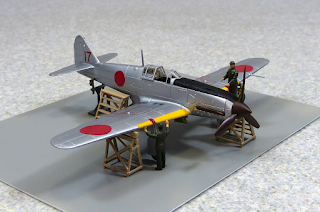 The new kits include groundcrew figures, trestles and servicing platforms 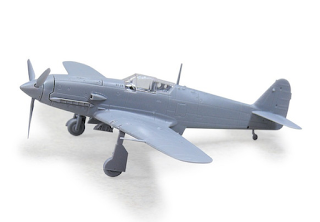 Exciting news on both fronts. I tried to find a website for Wingsy success...can Vedran offer further info about the kit or company? I've been waiting for Claudes in 1/48 for so long, specifically an A5M4. And none of the three kits announced between Fine Molds and Wingsy are an A5M4 with standard windscreen. That would be the biggest seller so it makes sense if they are issuing it last. But they're still teasing us a bit...

The 22 August 2010 post regarding anodised finishes as reported for A5Ms will be of interest to those pulling out references and gearing up to build one of these. cheers.

the link in the blog is to Wingsy's Facebook page.

Hi Nick,
Thank you so much for the news. I suppose the forthcoming Wingsy Claudes are full run kits. Am I right?
Regards,

Thanks for this news, Nick.