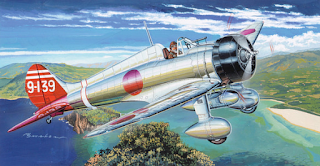 Fine Molds are due to release all new tool kits of the Mitsubishi A5M "Claude" fighter in 1/48th scale. From the box art so far seen these appear to be Kit # FNMFB-21 A5M4 and FNMFB-20 A5M2. 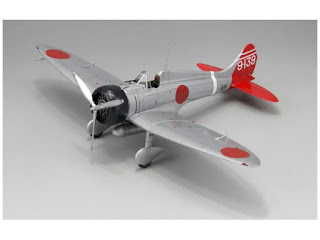 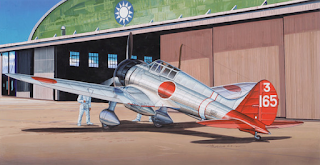 The enclosed canopy Claude was designated Model 2-2 but was not popular with pilots, was often flown with the canopy removed and rarely seems to have been photographed. The Nagoya factory made 108 with a further 16 produced by 21st Naval Aircraft Arsenal after  Nagoya production had ceased. 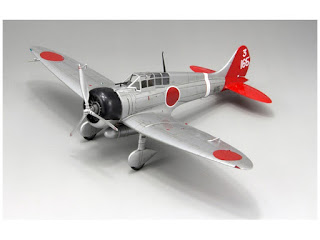 Announced for release in July this year both kits are expected to cost approximately £18 (US$ 25) each direct from Japan and should prove popular!
Posted by Straggler 脱走兵 at 15:25

Thanks for this posting, Nick.

Right on time. I was eyeing an ancient Wings48 vacuform on the net.