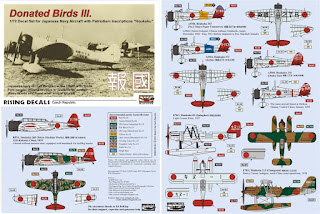 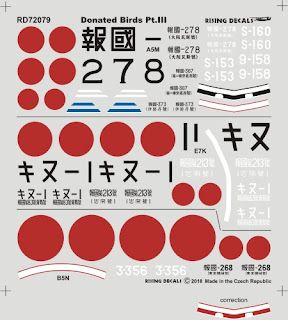 A well chosen selection of colourful IJN aircraft with enough plain Hinomaru for one model of each type. The B5N1 options should appeal to builders of the Airfix kit especially as the camouflaged option on that kit's decal sheet is for a 14 Ku example without the red tail. 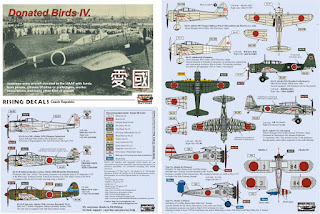 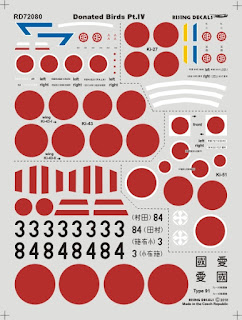 Another set of well chosen and welcome decals for Army fighter types, especially welcome because the small Army Aikoku legends are otherwise difficult to reproduce.  The colours and fidelity of printing are very good. Sufficient Hinomaru decals are provided to complete one model of each subject, including one Ki-43-I and one Ki-43-II. Highly recommended to Army aircraft aficionados.

With special thanks to Mirek for providing the review samples.