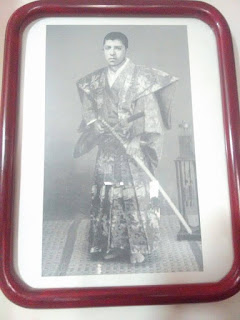 Back in December 2014, thanks to the insight and assistance of correspondent Guillermo, Aviation of Japan paid tribute to the late  Horatio Hernández of Mexico (shown above as a young man in characteristic Japanese dress), pioneer Japanese aircraft enthusiast, and his own line of resin kits marketed as Friendship Scale Models (FSM). Since then Guillermo has updated that information from a 366 mile visit to Horatio's home with images of a model made by Horatio himself from the first FSM resin kit of the Kokusai Ki-59 kindly shared here. Horatio's study and showcase with other 1/72 Japanese aircraft models have been touchingly preserved by Horatio's wife under lock and key, demonstrating the supreme legacy in life of Hazrat Inayat Khan's to have loved and to have been loved. Images of those will be shown in a separate blog. 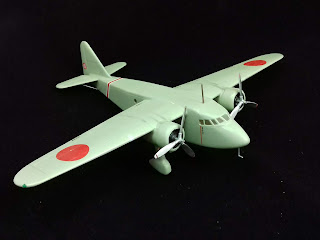 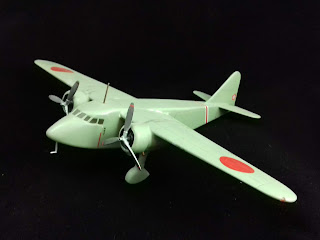 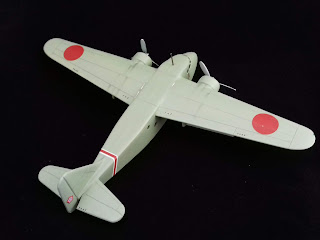 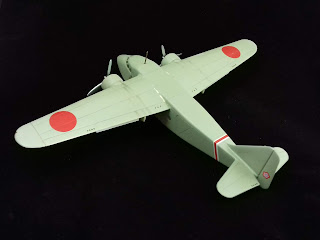 The Kokusai Ki-59 Army Type 1 Transport plane originated in a 1937 design by Japan Air Industries of Osaka for an 8-10 seat medium range commercial transport aircraft developed for local services in response to a requirement by the Air Division of the Japanese Communications Ministry. In 1941 Japan Air Industries merged with the International Aircraft Company of Tokyo to become Nippon Kokusai Kogyo K.K. The design started life as the Teradakoken TK-3, first flying in June 1938 and powered by two Nakajima NAH Kotobuki (壽 -congratulations/long life) III radials of 550 hp (Army designation Ha-1a). A disappointing performance resulted in extensive re-working of the design and a 'second' prototype was subsequently registered as J-BBFG in early 1939. By that time the Army had shown interest in the type and an additional military prototype was developed as the Ki-59 with various airframe modifications to meet military requirements. The powerplants were changed to Gasuden Ha 13a 450 hp Army Type 98 radials* and after successful flight testing the aircraft went into production by the newly merged firm at their Hiratsuka factory in 1941, subsequently being designated by the Allies with the code name 'Theresa'. However, despite finding favour with pilots and operators, only 59 of the type were manufactured before being superceded by the Tachikawa Ki-54. The design then had a further lease of life with engines removed as the basis for the Army Experimental Glider Ku-8-1 and subsequent development into the Ku-8-II Army Type 4 Large Transport Glider.** 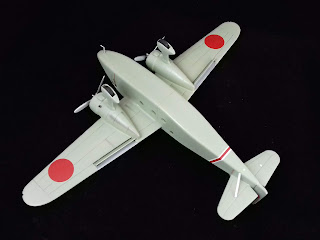 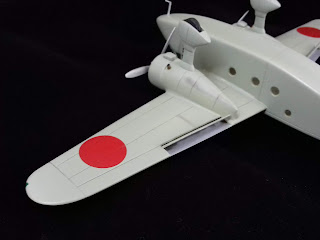 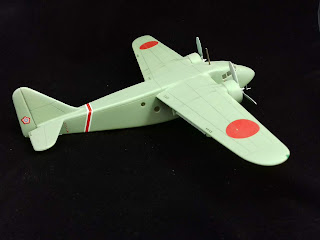 Horatio's model is finished in an overall grey-green colour scheme with markings suggested by two different photographs of the aircraft, the unknown tail insignia resembling that of Mito Army Flying School. Guillermo notes that the Ki-59 model had unfortunately suffered some damage to the left wing on the long journey which he repaired by simple glueing to preserve and respect Horatio's original work. 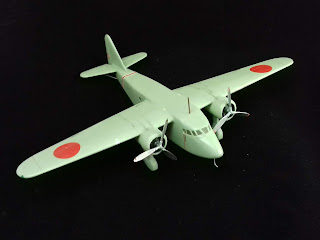 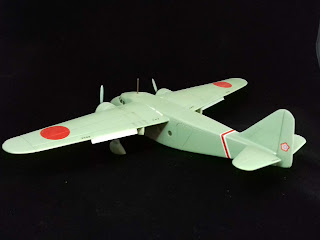 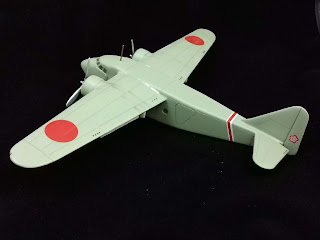 With very special thanks to Guillermo for his quest into this near lost but fascinating avenue of Japanese aircraft kit history and for sharing these fine images of Horatio's own and rare Ki-59 model.

* After company merger known as Hitachi Amakaze (雨風 - driving rain, rain and wind) engines with the same model number; an Army version of the Navy Tempû (Heavenly Wind) 21. All engine data in this article is drawn from 'Japanese Aero Engines 1910-1945' by Mike Goodwin and Peter Starkings (MMP Books/Stratus s.c., Poland 2017)

** Please refer to 'Japanese Experimental Transport Aircraft of the Pacific War' by Giuseppe Picarella (MMP Books/Stratus s.c., Poland, 2011) for additional details of these gliders and other Japanese military and naval transport aircraft.

Thanks for sharing, Guillermo & Nick.

Thank you for posting this so we can all see an example of this gentleman's passion.

Very rare kit and subject, thanks!

Very interesting and unique, thanks for sharing it here, Nick and Guillermo.

Very nice retrospective on a true enthusiast, thank you! I was also struck by his remaining kits; he must have been a more "responsible" modeler than I have been for 60 or so years! By that I mean that even though I sold 100s of unbuilt kits (mostly 1/72 Japanese, or 1940s-60s rare kits) 5 years ago, I still have 200 or more kits sitting on the shelves - 1950s-60s 'rare' kits (collectible only) and 1/72 Japanese kits - that I swear I'll build eventually... ha! George