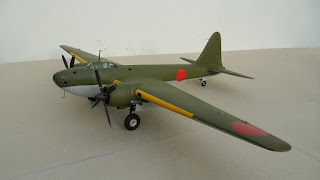 John Haas presents the fourth and final part of his magnificent scratch build Ki-74 'Patsy' project in 1/48 scale. Links to previous instalments: Part One, Part Two and Part Three. In his own words, the finale then:-


'So finally I arrived at the last chapter of this modelling history. In Part Three I had airbrushed the upper surface in the final JAAF olive green. Now the underside had to be painted in light grey. It was difficult to tape everything for airbrushing so I chose simple brushing by hand. I only taped the edges and everything went well. 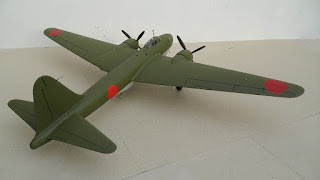 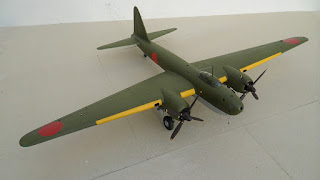 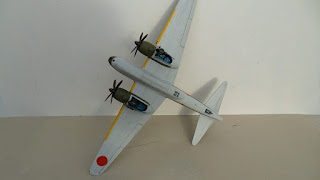 'After the paint had dryed I airbrushed a coat of Acryl based satin varnish to obtain a nice even finish. Now it was time for the last details, to paint the wheel wells and undercarriage doors in Aotake. I made my own kind of Aotake by first applying aluminium then over that a coat of metallic green, and finally a wash of dark blue to highlight more details. Finally I applied some panel lines with a black pencil. 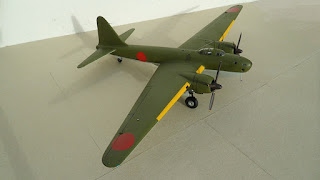 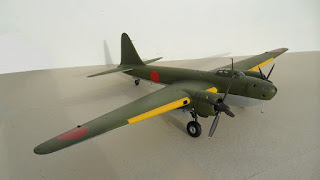 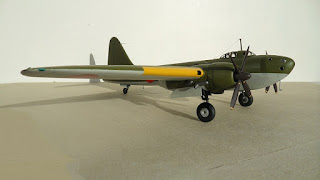 'The hinomaru came from the spare decal box. Next were the navigation lights, so back to a study of the photographs and, as I had indeed discovered with other planes, some extended onto the wing upper surface. 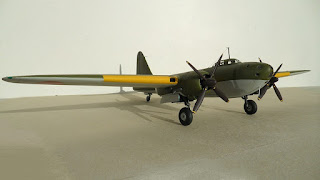 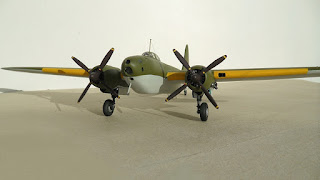 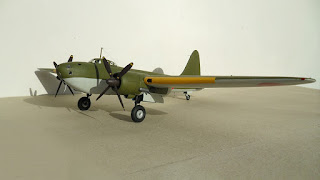 'Almost there; glazing the porthole windows. I don't use Micro Krystal Klear as I found a better Dutch alternative - a universal household glue called Velpon, almost as clear but much stronger and easier to use for large windows. The final detail; the wireless atenna - a piece of clear stretched  sprue did the trick - and finally complete! 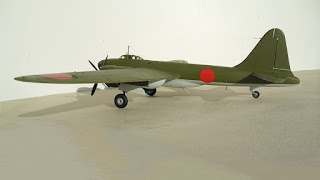 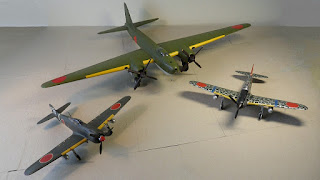 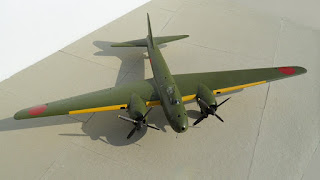 'I omitted any squadron markings, etc. Firstly I did not find them on the photographs and secondly I like to keep my models mostly in a rather clean finish, just as if rolled out of the factory. This was a long and sometimes complicated build, but I learned some new tricks along the way.' 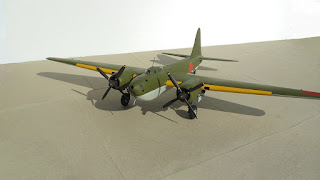 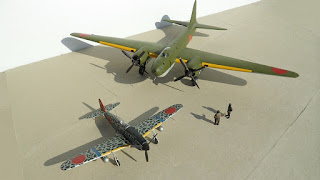 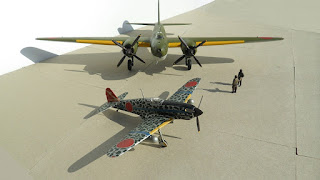 With very special thanks to John for sharing the ups and downs of this exacting project as well as the work in progress and final images of the wonderful model which resulted - and which began life as pieces of wood!

Very impressive work! Thanks for sharing the build with us!

I've followed Mr. Haas' progress reports raptly. This is a most impressive model of an impressive plane. It's also a modeling subject that is favored with a good number of available photos, including interior pictures. Thanks to him for sharing his construction details and photos, and thanks to you, Nick, for bringing it all to us.

It looks fantastic John! Another great build from the master of wood scratch modelling. The size of the plane, compared to the Hien, is impressive, particularly as you managed to give it stability. Thanks for sharing the WIP. Michael

Amazing build and skills John. As so the Patsy in 1/48 scale will be solitaire on any model show.
Thanks for sharing the construction.

Extraordinary!!! Thank you for sharing your story and photos, John.

Thanks so much for sharing this build with us.

Thanks John, for documenting this challenging project - a great pleasure to watch it go together, and a wonderful accomplishment. Did you grow up building Strombeckers and solid wood models? That's the most fascinating thing about your projects - they begin with an outline drawn on a block of wood. I would have guessed that getting the geometry correct for that proboscis was as tough a task as any.

My late friend Jay Frank Dial used to build beautiful basswood scratch-builts as well. One day when he showed me a very fine 1/48 P-47 in Bud Mahurin's markings which he'd built to present to Mahurin, I asked him how he did it. "I just carved away everything that didn't look like a Thunderbolt." Probably an old line, but apt. But Jay enjoyed sustaining the mystery for us mere assemblers. Thanks for lifting the curtain on this one, however!

Thanks for all your kind comments ! It was a pleasure to show what is possible
working with wood and plastic.

I was lucky I had an uncle, who taught me how to work with wood, he was a splendid cabinet worker.

May be my building history gives some inspiration ...:-)

Thank you all for the very kind comments !

Incredible series of articles on this labor of love. Thanks for sharing it here with us!

Stunning work John! Great to see it to scale with some of your other models.