Following Parts One and Two  John Haas continues his awesome scratch-built Ki-74 project with the painting process. In his own words then: 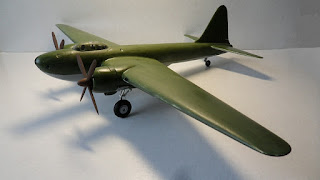 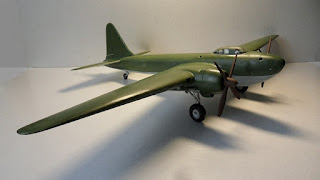 "With Part Two the general construction of the model was finished and the time had arrived for some serious overall painting. There were still some spots on the surface which needed further work. So I decided to paint the model in a middle green, both to apply an undercoat for the definitive colour and to serve as filler to achieve a real smooth surface. And of course later for carving the panel lines. 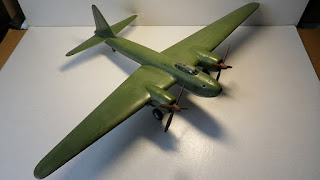 "I also painted the propellers. I spent some time to decide on the colour as later in the war you saw both dark green and dark brown props. The available photographs were not a great help, so I decided to play it safe and painted them in the regular dark brown. The first brown I used was a bit light so I mixed my own to get that warm dark chocolate brown. 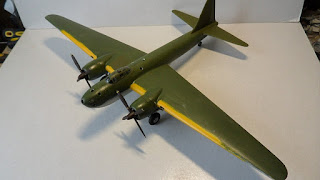 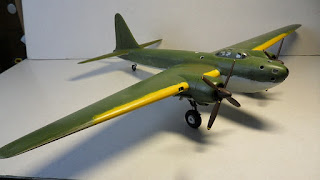 "After some sanding I had a smooth surface for the top colour. But first I had to apply the yellow leading edges. Yellow paint always has bad covering qualities, so I painted them first in a very light grey and then over that went  the yellow paint. Even then I had to apply two coats. 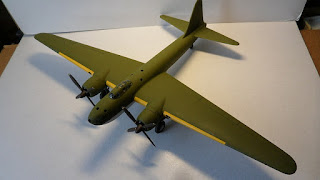 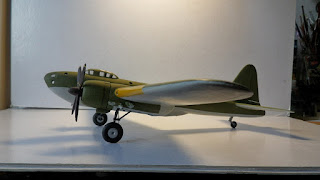 "Now I had to choose the upper colour, after some research I found Humbrol Matt 159 (Khaki Drab) a good match for the JAAF Olive Green. 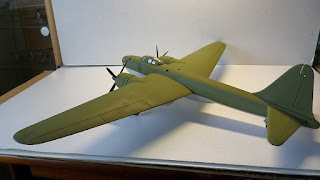 "And lastly the undersurfaces. As far as I could interpret the photographs showed both natural metal and light grey. I choose a light grey, because painting the difficult corners around the engine gondolas and the front part of the fuelage would be easier. I found Humbrol Satin 196 (Light Grey) a good match. Also the aircraft in natural metal looked rather weathered and I preferred to show my model in a factory fresh finish. After scribing the panel lines, it was time for the airbrush. Fortunately the airbrushing of the uppersurface and the undersurface went well and at last the final stage came in sight.

With special thanks to John for sharing these details and images of his stunning project with Aviation of Japan.

In a way, it's almost a pity to paint what is underneath because it covers up all the evidence of it having been scratchbuilt. That said, it looks wonderful. Thanks again for sharing!