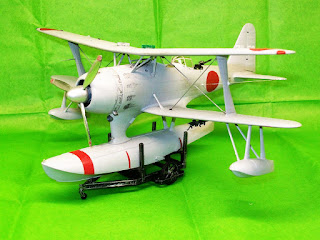 Roberto Zambon of Italy has very kindly shared images and details of a trio of 1/48 scale floatplane models built during the pandemic lockdown after his many years absence from modelling. The models were all built mostly out of the box except for seat harnesses - partly scratch built and partly using Eduard photo-etch. Roberto also added some wiring and rocker arms to the engines of the F1M2.  The insignia and markings were painted using masks he made himself. 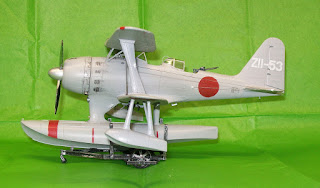 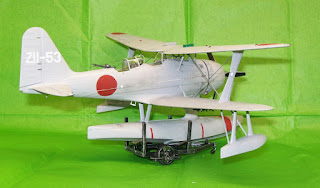 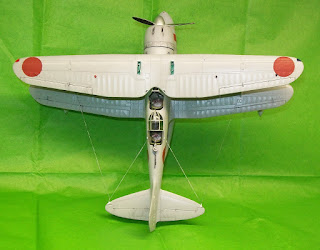 Roberto's Mitsubishi F1M2 'Pete' was built from the Hasegawa Model 11 'Early Version' kit and is finished in an overall pale grey mixed from Humbrol white and black paints to the ratio 95%/5%. The model represents an aircraft from the seaplane tender Sanyo Maru in 1941. The Sanyo Maru was originally launched as a passenger-cargo ship for the Osaka Shosen Kaisha (OSK) K. K. Line in 1930 but requisitioned by the IJN in August 1941 and converted to an auxiliary seaplane tender with a complement of six F1M2, two Aichi E13A1 'Jake' and two Nakajima E8N2 'Dave' floatplanes. In July 1943 the ship was converted to a transport vessel and in May 1944 was sunk by the submarine USS Cabrilla off Mendao, Celebes. 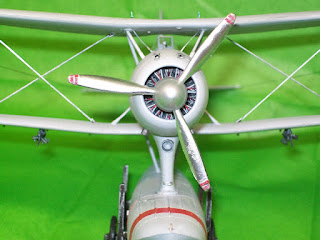 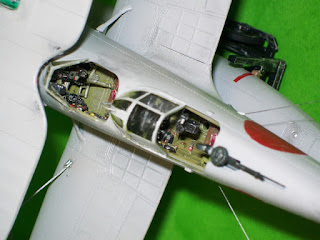 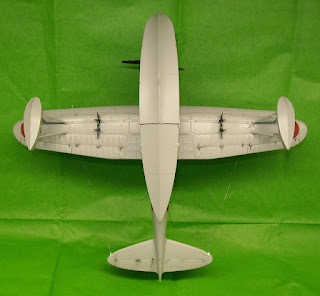 With special thanks to Roberto for sharing the images and details.  His other two floatplane models will be featured in consecutive blogs. 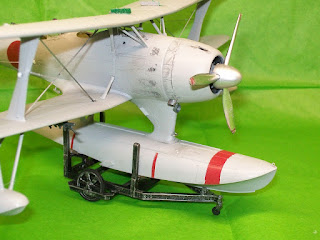 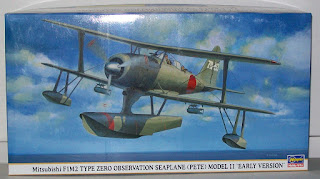 The early 'Pete' is not presented often - thanks! This model has a very nicely painted cockpit.

Thanks to Roberto for sharing his great build. This kit is gorgeous in the box, and hope to build one myself sooner rather than later. I wish that Hasegawa had also included the very early 2 bladed prop as well. Looking forward to seeing the next two models as well!

Thanks for this posting Roberto & Nick. Nice work, Roberto.