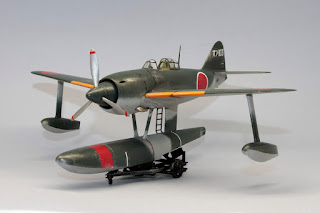 Roberto Zambon's second floatplane model is the Kawanishi N1K1 Kyofu 'Rex' built from the Tamiya kit and representing an aircraft of the Ohtsu (オツ) Kokutai based on Lake Biwa, Japan, from May 1945. 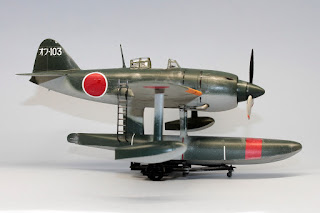 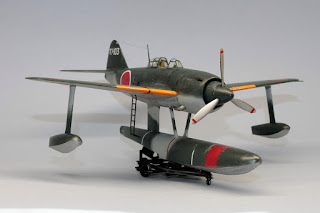 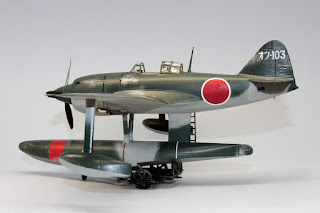 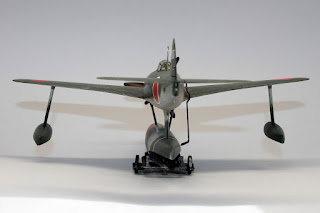 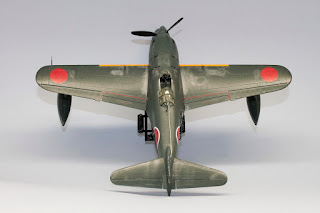 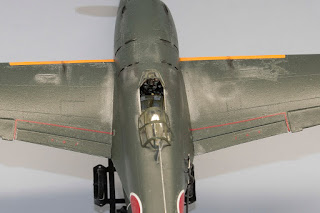 The Ohtsu Ku was originally a floatplane training unit formed at Ohtsu on the shore of Lake Biwa in October 1941 with a detachment from Kashima Ku. Initial equipment was the Yokosuka K5Y2 'Willow' trainer, Kawanishi E7K2 'Alf' and Nakajima E8N1 'Dave' but the Mitsubishi F1M2 'Pete' and Aichi E13A 'Jake' were also later operated.  In April 1942 it was formally established as Ohtsu Ku and then in May 1945 converted to a floatplane fighter unit with the Kyofu. 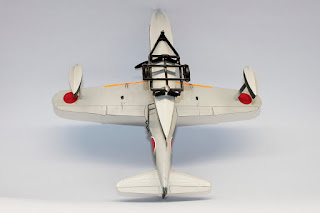 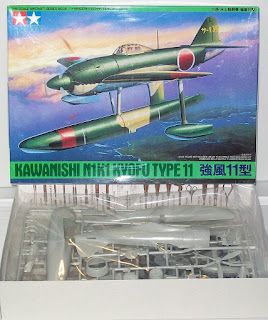 With special thanks to Roberto for sharing images and details of another of his lockdown models.

Thanks again for sharing your model, Roberto. These floatplane kits don't seem to be built (and shown) often, it's good to see them as finished projects!

Thanks for this posting Roberto & Nick. Fine work, Roberto.

Very nice seaplane trilogy, the Rex being very nicely done. Thanks for sharing these nice builds Roberto, it spurs me on to get back to the workbench! Thank you Nick for these interesting posts.