John Haas has been working his scratch-built magic again, this time building the Army Type 92 Reconnaissance aircraft, (Rikugun 92 Shiki Teisatsu-ki - 陸軍九二式偵察機), a two-seat parasol monoplane design for short-range close support reconnaissance of which 230 were manufactured between 1930 and 1934 by Mitsubishi and the Army Arsenal. The type was operated in Manchuria and North China but proved to be not as nimble as the Army required. The prototype designated 2MR8 was retained by Mitsubishi but differed slightly from the military production version shown above and in the plan below.  A further development saw the construction of a single version as the Mitsubishi Hato (Dove) Survey Aircraft registered J-AARA for the Ministry of Railways in May 1936 and distinguished by an enclosed rear canopy. Over to John then: 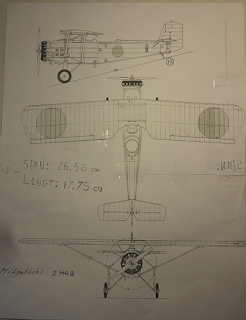 'As you have noticed from my earlier postings, I have a soft spot for lesser known aircraft. So last year, by strolling around the Internet, I found this site:

'There I found some interesting models of Japanese aircraft, which were completely new to me. I was surprised by the number of experimental and prototypes which were built in the 1930s.  These were 1/72 scale kits, but after some Googling I found some useful 3 -view drawings and photographs. So I was in business . . . :-) 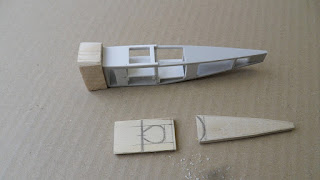 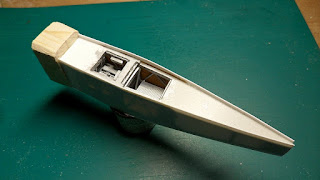 'I chose the Mitsubishi 2MR8, (actually the Type 92 Ed.) because it resembles the old Fokkers from the same epoch. And I have built quite a number those lovely crates. So I should like to show you, the steps of my works in progress, which is quite different from my usual solid wood carving. First I made the basic fuselage structure from 2,5 mm plastic sheet. Next step was constructing the interior, but that was the first hurdle to tackle as I could not find any useful information about it. So I used my own interpretation from a model of the Kawasaki Ki-10 Perry from Fine Molds. I covered the fuselage sides with thin 0.5 mm plastic sheet. The rounded upper parts were more complicated, especially the humped shape in front of the cockpit. Fortunately some carved wood parts saved the day. I finished the fuselage by glueing some copper wires along the fuselage as outside stringers. 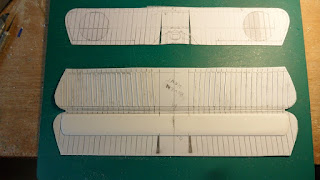 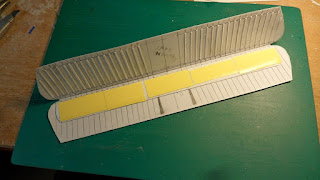 'After completing the fuselage I could start to build the wing. I had already built some wings following Harry Woodman's book* by using 0.5 mm plastic sheet, scribing the ribs from the inside, using thin strips as ribs and adding a piece of thick plastic in the middle for strength. The wings have a slight sweepback, so I glued the rib- strips with a slight angel. After that I glued the upper and lower wing with super- glue between two pieces of wood to get a thin straight edge. 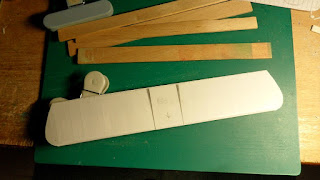 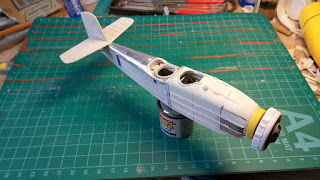 'After the wing building I made the tail pieces again using thick plastic sheet, which I filed into profile. For the engine I used an old one from the spares box -  I think it was an old Aurora Boeing F4B4 from ancient times. . . :-) but it had just the right diameter. I made the cowl out of two strips of plastic sheet glued together on a round piece of wood. And so far Part One!'

With very special thanks to John for sharing more of his brilliant techniques and masterpieces.

Thanks to John and Nick

Scratch-builders always amaze me, true scale modeling IMHO, as opposed to kit assembling (which is all I'm good for at best).

I've built a number of the Choroszy kits and very good they are but this is a level of modelling that makes a resin biplane or parasol seem like a walk in the park. The patience, creativity and skill involved is inspiring. Can't wait to see it finished.

Incredible start... I wouldn't even know where/how to start a project like this. I wonder with the advent or cheaper, high resolution 3D printers we will see a lot more "scratch-printed" models, or corrections to existing models?