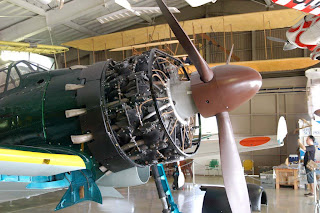 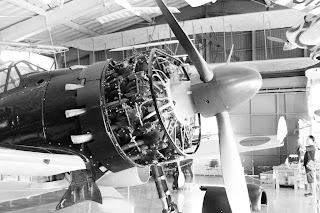 Further to the discussion of the bright appearance of the exhausts on 25th Sentai commander Sakagawa's Ki-43 Hayabusa (13th August), Jonathan Gough has kindly sent me these images of the A6M5 in the Harada Collection. The aircraft has bright, unstained exhausts and in the black & white version they do appear very similar to those in the photograph of Sakagawa's aircraft.
The appearance of the exhausts in the colour image provide assistance to understanding how the exhausts might be represented on a model of Sakagawa's aircraft.
Image credit: j-model works via Jonathan Gough
Posted by Straggler 脱走兵 at 19:55