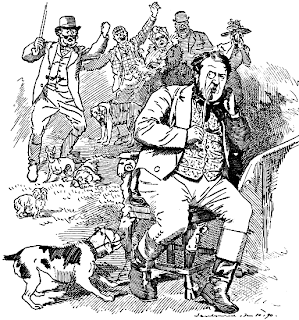 A post over at Hyperscale drew my attention. The poster was asking for Japanese cockpit interior colour references in the form of pictures of painted model cockpits so he could mix his own colours by eyeball. He expressed his dissatisfaction with on-screen colour chips, bemoaned a lack of explanation about the colours in English and complained that he was unable to understand Munsell values. This blog was not referenced, thank goodness, as that would have perplexed me even more, but our good friends over at j-aircraft.com were and there was also a pop at Japanese sites that also share colour data. One would think this poster was having to pay for the information, the way he complained about it.
Well, it did give me pause for thought. Clearly the poster really believes (?) that the way to see and understand Japanese interior colours is by looking at on-screen pictures of painted model cockpits. That would be OK if the colours were right to begin with - which sometimes they are not - and if the screen shots show the colours as they are - which often they don't. I did wonder why the poster, having studied Japanese flying machines most of his modelling days, had not provided this kind of reference himself, but then I realised that as he had waited 30 years to see the kind of interior colour coverage that he wants finally demonstrated by the painted interior of a Tamiya Zero he may not have actually completed any Japanese models yet!
I spend time and effort compiling this blog and its associated documents to assist modellers and others to make informed decisions about Japanese colours. As with j-aircraft the site is free and open to anyone who wishes to use it as a resource. There is very little feedback, except from a few stalwart supporters, but I know from the traffic stats that there are a lot of visitors here. I get a lot of requests for the pdf documents but unfortunately not as many thanks when I send them out!  The lack of expressed appreciation is no big deal but to complain about the format of free information, that is another thing entirely.
I was going to provide some pdf updates this week. Thanks to that HS post I'm now re-considering whether to go ahead - and even considering whether it is worth keeping this blog open.
Posted by Straggler 脱走兵 at 08:09

Hi Nick,
I understand your concerns and feelings.....what I think is important is that you find this work stimulating and interesting. So if you enjoy this research, I say don't let others stop you from sharing it with everyone else....
You know where I stand on this issue...your work is very much appreciated and I have no problems whatsoever saying so in public....
Dan

Hi Nick,
I also read the HS post. My reaction was one of total disbelief.

But on reflection, I think what the poster desires is an easy formulaic answer. 'Let's see. I have a Zero. It was made by Mitsubishi. So the interior has to be this color.' No thought or research necessary. No art either.

As to lack of feedback - I fear feedback is blog format doesn't strongly encourage. Discussion and feedback would probably be greater with a discussion board. But content presentation is easier with the blog. I daresay maintenance is as well.

As to continuing your efforts. Please, please do. I visit a couple times a day looking for colors or to branch off your links. I am very appreciative of your efforts here, even if I haven't publicly said so here. I have recommended this place to others searching for information on Japanese aviation and colors. I consider Aviation of Japan to be a 'go to' place.

Thank you for your efforts
John Bank

i am one of those guilty of not thanking you for sending the pdf files - sorry about that. however, they were appreciated.

the poster at hyperscale seems to be looking for something very different than what is provided here. he is looking for shortcuts which circumvent the need for research and provide certainties.

the real value and work of this site is that it points out that things are not that simple. please continue. this is a valued and useful resource.

Thanks chaps! That is good to know.

First, your efforts with this blog are most appreciated and useful. I dare say essential to the complete understand of this difficult subject. Like others, I find myself touching base here as often as time allows and I look forward to each new update. If nothing else, you often confirm or deny ideas that I may have formed from reading other web information.

Secondly and I think this is important, you give us modelers a general direction to head in. Anyone who models and tries to fix colors as absolutes is kidding himself. Just factoring for scale and lighting conditions makes the color police look foolish.

you do great work. Please keep it up.

But as a modeler who recently ventured deeply into the world of WWI models, I can understand the frantic desire of "give me a name of one-tin closest colour" as the colour descriptions are a bit vague.

So I understand the fella on HS.

I still didn't paint the undersine of my 1/48 A6M5a in Akamatsu's markings - is it yellowish-gray or bluish gray, I still can't decide.

Nick,
As Dan has stated your work is very much appreciated by those of us in the know. Unfortunately, there are those out there who are not only ignorant, but aren't sure how to fix their ignorance - if that is indeed possible.
The Internet can be a splendid tool as j-aircraft and this blog show. However, there is so much "static" by those who are clueless that the good parts sometimes gets drowned out....
Please keep up the good work!
Isamu

Twelve years have passed since you wrote this but I want to tell you publicly just how much I treasure your work and willingness to share. I honestly do not remember the first time I found Stragglers but you have become my go-to source of information.

Group: I am guilty of neglecting to thank Nick for his help in the past. I think I've done better since becoming aware of that.

Your comment and very kind words are greatly appreciated, thank you.

This site is a quality resource , echoing those commenters who have come to appreciate the countless hours of sheer hard work you've presented over the years.

In the late 80s, I had a small but fun Japanese Tamiya only collection in 48th scale; a Willow, a Frank, a Jack, a Hamp and my favourite aircraft an Oscar (Ki-43-I) and oh my, a 48th B-17, relatively cheap compared to todays prices. Needless to say, my interpreted colours were well off, almost fantastic. Now, with the help of this most excellent resource the individual colours will be more likely overall as I start a 72nd collection.

In addition one can embark upon a damned good binge on hundreds of your posts. Magic.

Thank you MSBond for that very kind comment and remarks about the blog. I hope that you will enjoy building your 72nd collection and offer you my very best wishes for it.