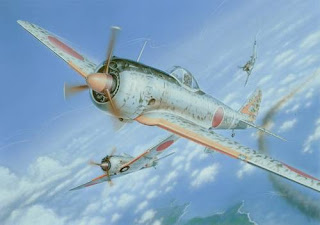 Following on from my post yesterday about the longevity of Hasegawa's Hayabusa a correspondent has very kindly alerted me to the fact that CMK/MPM have announced the release of a new injection molded Ki-43-II in 1/72nd scale!
Expected January/February! A II Kai and III Ko may also be released later.
Maybe I'll hold off on that feature about improving the Hasegawa kit! Fingers crossed, eh?
Image credit: © CMK/MPM 2009
Posted by Straggler 脱走兵 at 22:04