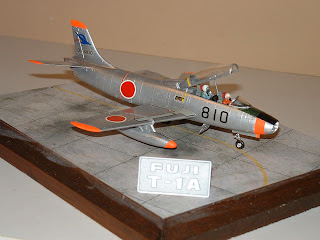 Here is another look at Julien Dixon's Fuji T-1A. This depicts an aircraft from the JASDF 15th Experimental Group - also known as the Air Proving Group. It was built from the Hasegawa 1/72nd scale kit using the original decals except for the Hinomaru. These aircraft remained in service until 2006. 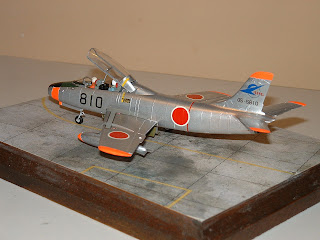 This model was built from one of the earlier issue kits but Hasegawa has re-released it several times and also in "Special Markings" limited editions.
Image credits: All courtesy of and © Julien Dixon 2010
Posted by Straggler 脱走兵 at 11:03