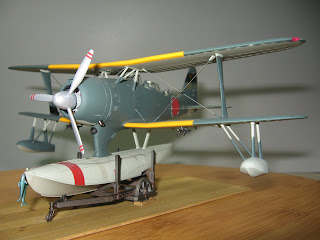 Sticking with the IJN floatplanes theme here are some images of the Hasegawa 1/48th Mitsubishi F1M2 "Pete", that surprising dogfighter, kindly contributed by the builder Pat Donahue. Love those fish! 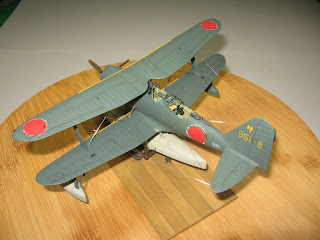 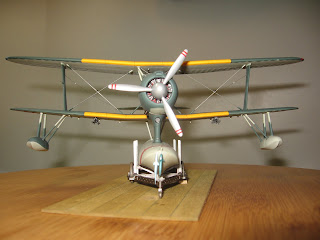 Pat's own notes on the build, entitled "Sushi Tonight", follow:-
"The model is the Hasegawa kit with the following additions and corrections: 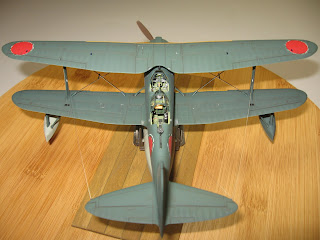 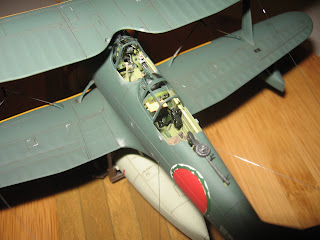 The model was painted with Xtracolor and White Ensign Model paints, kit decals were used. It represents a Pete found at the Sasebo Naval Base at the end of WW2. The right float is evidently a replacement. It appears from photos that the tail codes were lightly oversprayed to tone them down with the exception of the Kanji symbol. Photos of this aircraft seem to show that the paint demarcations were done with some type of mask or stencil - perhaps hand held. The patterns are the same but placement varies slightly in some cases. Depending how the stencil was placed and the angle of the spray gun, color demarcations went from very hard blends to somewhat softer blends sometimes even along the same color demarcation line. The flying wire fairings were camouflaged.  Seaplane cradles sometimes had thick felt or burlap placed over the cradle support blocks to protect the float bottom. These items are all duplicated on the model. Photos also show that the antenna configuration and tension on the aerials varied.  Against all odds this little airplane survived the war and was destroyed by the occupation forces in 1945.  The 1/48 scale fish were scratch built and not having any plans I cannot vouch for their accuracy or colors..... 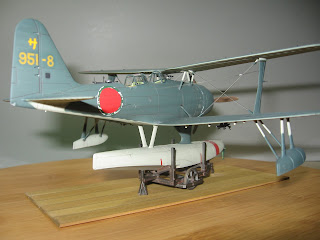 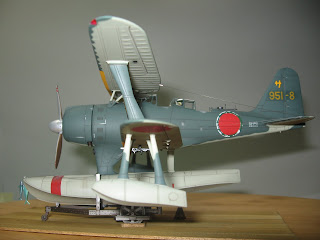 I would like to express my appreciation to Nick Millman and James Lansdale both of whom were very helpful in researching the colors and the aircraft. Without their help this model would not have been possible." 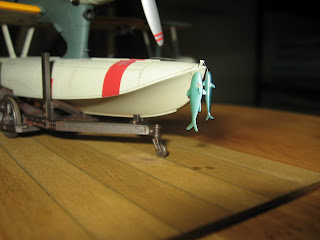 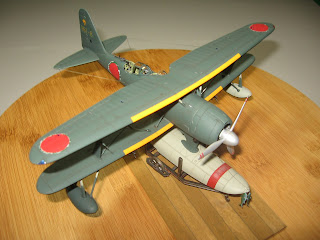 That's an exceptional Pete. Thanks for listing the mods. It's a great kit made better by you. The weathering is very natural looking. Not overdone, understated and subtle. The sun fade effect is very nice.