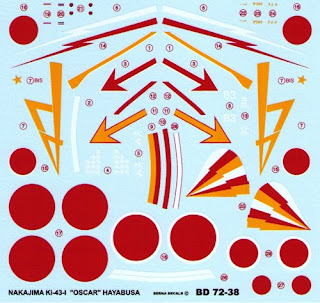 Berna Decals have just released a sheet of decals for the Ki-43-I in both 1/72nd and 1/48th scales. This sheet includes two named pilots of the 64th Sentai (Nakamura and Takeushi), two from the 50th Sentai (Anabuki and Sasaki), 11th Sentai commander Sugiara and a 47th Independent Chutai example with the star (useful). More on these in due course. Saburo Nakamura is the subject of a recent book by Umemoto Horishi which will also be reviewed in more detail here. 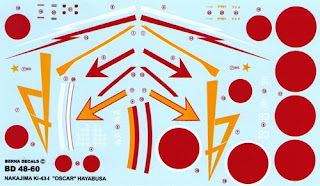 Fortuitously in respect of these decals a little bird tells me that Nichimo are re-releasing their venerable 1/48th scale Ki-43-I Hayabusa and Ki-51 kits soon. That is good news as Nichimo's "Oscar" is still the better option for an accurate early model Ki-43 and the "Sonia" remains unique in this scale. A good opportunity here then for an aftermarket Ki-51 cockpit update based on the excellent data in the new Arawasi Eagle Eye 1 book. Arawasi also produce an interesting sheet of decals for the Ki-51. There is quite a story behind the unusual Nichimo Hayabusa box art which will be explored here in more detail, together with some interesting colour photographs. 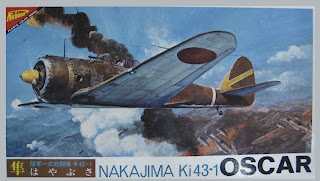 Reviews of Nichimo's Ki-43-I may be found at the following links:-


Review 1
Review 2
Review 3
From Planet Models comes an expensive 1/72nd scale resin kit of the Douglas DC-5 which appears to include one of the captured Japanese aircraft as a markings option. It was an interesting aircraft and if you fancy one in your Japanese aircraft collection be prepared to fork out just over £60 for the privilege! 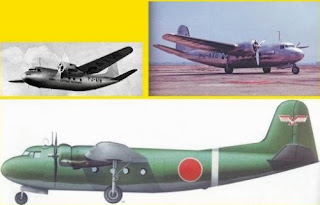 Thanks for the heads-up about the Berna Decals.

"Quite a story" behind the Nichimo box art? Can't wait.