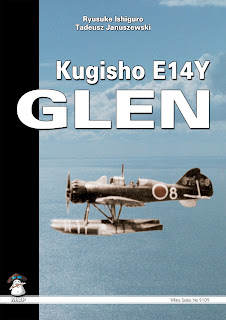 The many and diverse floatplanes of the Imperial Japanese Navy continue to hold a fascination for aircraft enthusiasts and modellers. Technical data is hard to come by and often conflicting. The identification and movements of units is much argued over. Of all the types in use the diminutive Kugisho (sometimes called Yokosuka) E14Y "Glen", carried aboard submarines as a spotter aircraft, is one of the most intriguing. It was the only Japanese aircraft to drop bombs on the continental USA and it also overflew ports in South Africa.  In April 1942 the Imperial Japanese Navy's 8th Submarine Squadron commanded by Vice-Admiral Ishikazi deployed submarines I-10, I-18, I-20 and I-30 to conduct operations along the East African coast and South African coastline. These were large I-15 class boats equipped with hangars to carry Type A midget submarines and the I-10 carried a "Glen" floatplane to conduct dawn and dusk overflights of ports. On 29 April 1942 this particular "Glen" spotted a Queen Elizabeth class battleship and tanker at anchor in Diego Suarez, information that resulted in the launch of midget subs from I-18 and I-20 and an attack that badly damaged HMS Ramillies (subsequently in dry dock for almost a year) and sank the tanker. 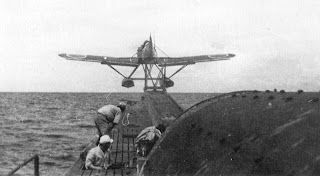 Now a new book scheduled for release on 15 November by MMP promises to lift the lid on "Glen". It is authored by Ryusuke Ishiguro and Tadeusz Januszewski, the team that brought us the excellent and authoritative 'Japanese Special Attack Aircraft & Flying Bombs' from the same publisher. In the 144 pages of the book they have assembled all the available photos and included many color illustrations of the E14Y, together with a special article by Dan Farnham about the discovered aircraft in Kwajalein Atoll with many color photos.

The E14Y is a popular modelling subject and the best known kit in 1/72nd scale is the Fujimi gem (above) which comes complete with a submarine launching ramp for display. The new book will assist in correcting the kit's most glaring error of a flat undersurface with incorrectly shaped and sized observation window. The Fujimi "Glen" somewhat eclipsed an earlier limited run release by MPM and previous vacforms in this scale by various manufacturers such as Eagles Talon and Airframe. A+V Models offers a 1/72nd scale resin kit of the first prototype E14Y. There is also a Wings 48 vacform to 1/48th scale but I'm not aware of any other mainstream injection molded kits in this scale despite its obvious potential as a subject and I hope that this new book might stimulate manufacturers to consider 1/48th or 1/32nd kits. The Nichimo 1/200th scale I-19 submarine kit came with a "Glen" mini-kit and there is an excellent build review here. This new MMP book and a selection of "Glen" kits offers the prospect of a very enjoyable winter modelling project. Anyone for a 1/72nd scale I-10? 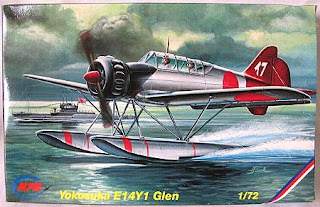 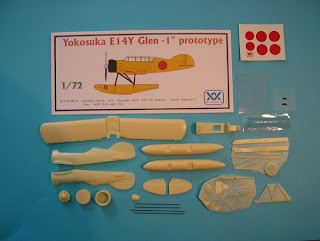 The A+V Models resin kit of the prototype E14Y 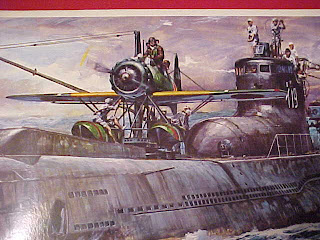 Hello Nick; Looks like a very interesting volume to look forward to. Thank you for the informative post. Cheers, noel

Ryusuke said he was close to finishing this book - I'm glad it's now out and that the story of a little recognised aircraft is told.

Congratulations Ryusuke and thanks for posting this Nick.

Thanks Nick, I will get the book asap.

Looks great! I'm wondering, can you advise me on where to find visual reference of crew members attaching bombs to the wings? I'm researching about the bombing of the Oregon coast. This is the plane that was used! Also wondering about how they took the wings off to store in the submarine and how it attached to the catapult that launched it. If you have any advice, I greatly appreciate it! Thanks!

I couldn't see your email in the comment so please contact me directly - look for 'Contact Straggler' on the right hand side bar of the blog which has a direct email link.