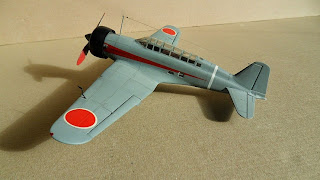 John Haas kindly contributes this blast from the past in the shape of the UPC (ex-Marusan) kit of the Mitsubishi Ki-15 'Babs' communication and reconnaissance aircraft to 1/50th scale. John bought this kit in the 1960s and it was the first larger scale model he built, with his previous modelling projects in 1/72nd scale only. 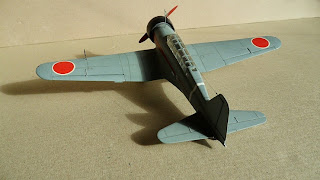 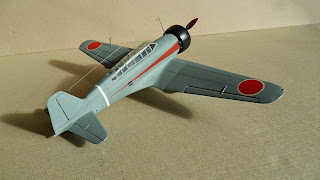 By the standards of today John considers it a crude model and in later years he gave it a general overhaul, stripping off the original paint and sanding down all the rivets and raised panel lines. He then re-scribed the panel lines and applied a new paint job with new decals. 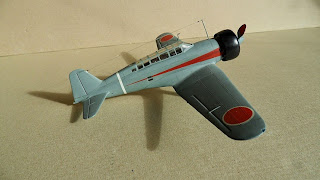 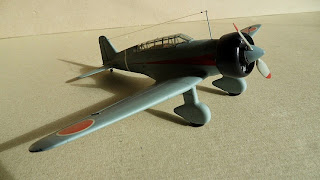 Whilst there are decent kits of 'Babs' in 1/72nd scale by Arii (ex-LS) and Hasegawa (ex-Mania) originating in the 1960s and 1970s respectively, there have been no modern, mainstream, larger scale kits of this milestone Japanese aircraft - a surprising omission. 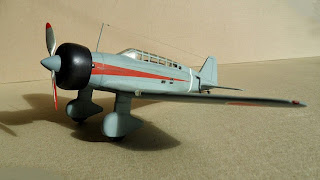 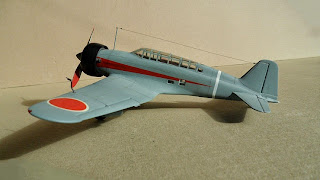 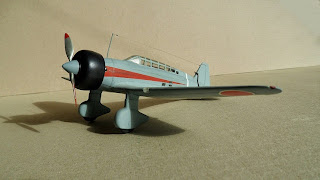 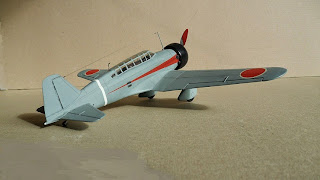 The type was first introduced to the West in 1937 by the Asahi Shimbum long-range pioneering and record-breaking 'Kamikaze' (J-BAAI) in its striking blue and silver finish. At that time the civil-purchase aircraft was called Karigane (かりがね - Wild Goose). It subsequently served as a fast strategic reconnaissance plane for both the Japanese Army and Navy during the early years of the Pacific War, gradually supplemented and replaced by the faster twin-engined Mitsubishi Ki-46, official designation Type 100 Command Reconnaissance Plane (Hyaku Shiki Shireibu Teisatsu-ki  -百式司部偵察機  or 百式司令部偵察機) but usually abbreviated to Hyaku  Shiki Shi-tei (百式司偵  or 百式司偵) and often simply called Shin Shi-tei (新司偵 - New Command Recce). 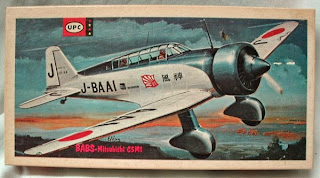 The Marusan kit was first released in 1963 and re-released twice in both civil and military guise before appearing in the West under the UPC  logo in 1965. The Scott Eidson box art depicted the civil 'Kamikaze' but the kit was labelled by its Allied reporting name 'Babs' and the designation of the IJN version 'C5M1'! Marusan was Japan's first plastic construction kit company, set up in Tokyo in the 1950s and producing a large range of aircraft kits in diverse but rather odd scales from 1/232nd to 1/37th, now eagerly sought after collectables. 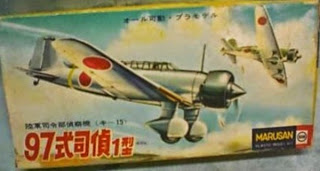 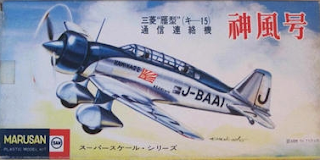 During the 1960s UPC (Universal Powermaster Corporation) re-boxed many kits of Japanese origin to market them in the West, although they trickled into the UK rather sparsely. My first encounter with them was on an away-day in a toy (?) shop in Mildenhall which I remember as an eclectic mix of kits, toys and household items but sadly not the name. They seemed exotic with their moody, brooding Scott Eidson box art and inside with so many moving parts dauntingly complex to anyone more used to the Airfix two-shilling bags. I came away with a Mitsubishi Ki-46-III 'Dinah' that proved to be so ill-fitting that it was never finished (the fault most probably mine). 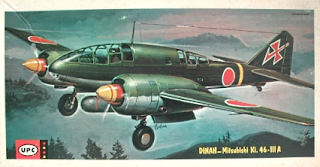 The Dinah That Never Got Finished

Many thanks to John for sharing these images of his model and prompting a pleasant stroll down memory's way.

I have an unbuilt copy of the Dinah kit, the details are indeed crude yet I think the general outline isn't too bad. Huge rivets, thick raised panel lines including in places where the hinomaru go, and also separate flight controls. Bought it simply for sentimental reasons.....

Babs is definitely on my "to-do" list. Thanks Nick and John for the article.

I remember coming upon Japanese model kits in this scale in the early 70's when I was a kid. I've always wondered what the story was behind it. I do remember someone explaining to me how the Japanese established 1/35th scale as the default scale for armor, as opposed to 1/32nd, but I've never heard anyone spin the tale of 1/50th.

Thanks for jogging my memory of that with this post.

Another one that we need in 1/48th scale.

I bought the UPC Dinah at the Scott AFB BX back in 1970. Still have it in my stash, will finally build it next yr when I retire. It will be a trip into the past down memory lane!!!

Thanks for your comment and reminiscence, John. I'm delighted to hear that you still have that kit in your stash and plan to build it. Best wishes for your retirement and future projects.
Kind regards
Nick