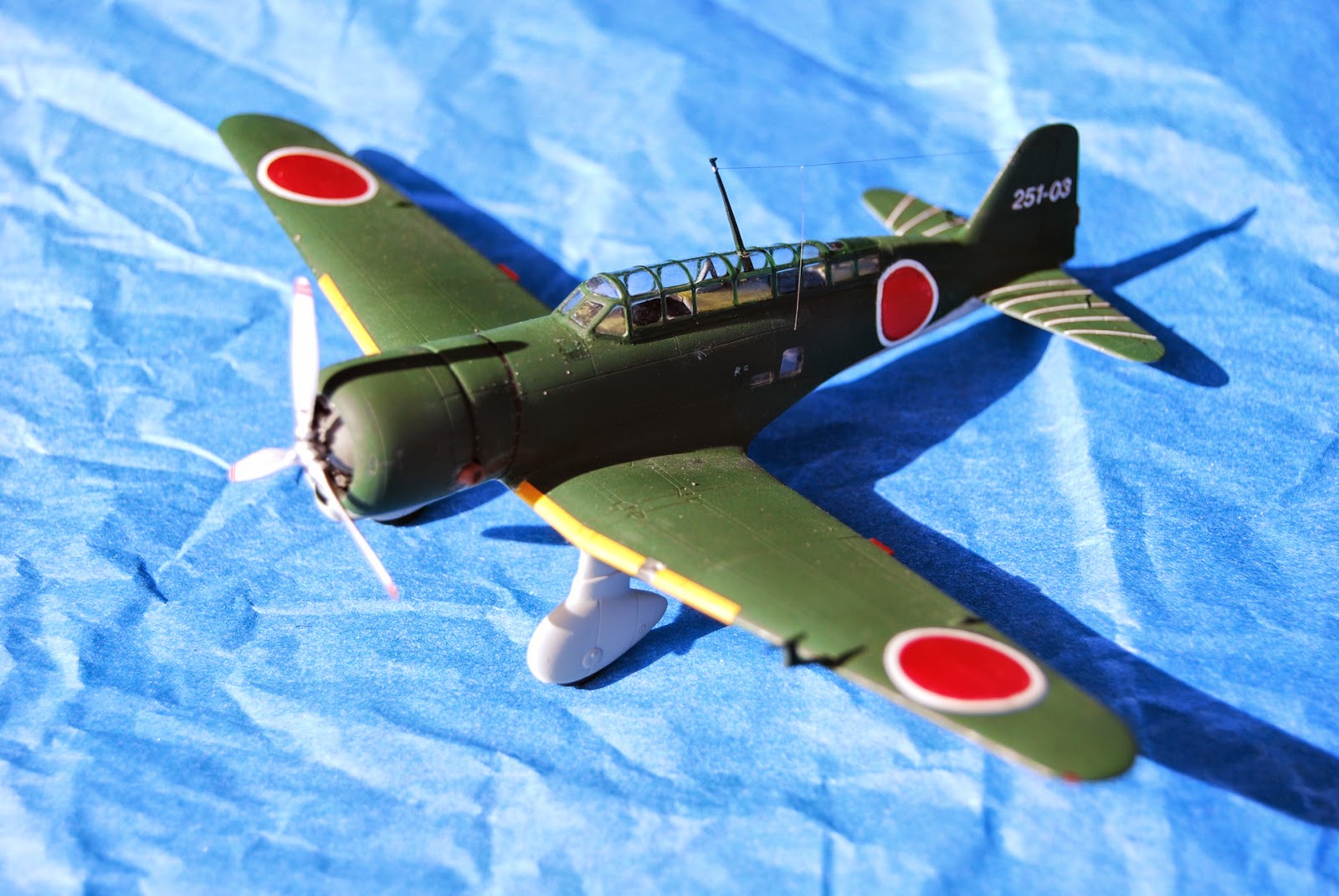 More, but not the last, of all things Babsery. Mark Smith, inspired by recently shown models here, has very kindly contributed these images and build notes for his 1/72nd scale LS Mitsubishi C5M2 or Type 98 Reconnaissance Plane Model 2 (九八式陸上偵察機 - 98 Shiki Rikujoh Teisatsu-ki, often abbreviated to 98 Riku-tei - 九八陸偵), the IJN variant of the be-spatted recce bird. This veteran product, now nearly 50 years old and still intermittently available under the Arii label for about £3, is a neat little kit and builds into a charming model, as Mark's images amply demonstrate. 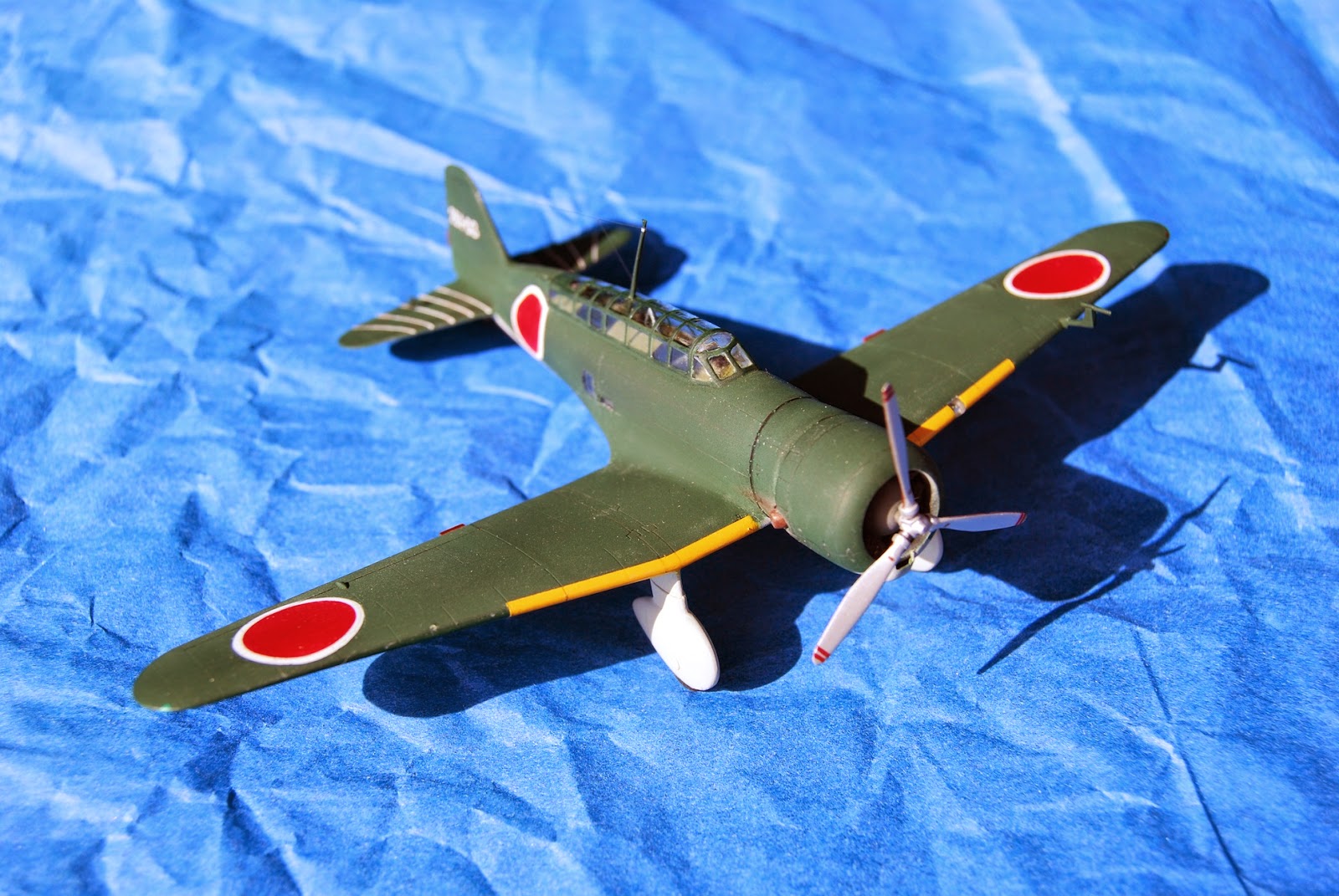 "In the mid or late 1980s I built a model for Mike Quan.  As an engineer, aviation was his livelihood and it remains a passion; since retirement he may be in more danger than ever in a vendor room at a model show.  He possesses a critical eye and an extensive general knowledge of airplanes, but also a spirit of encouragement for modelers and their projects, always welcome in our often-solitary hobby. 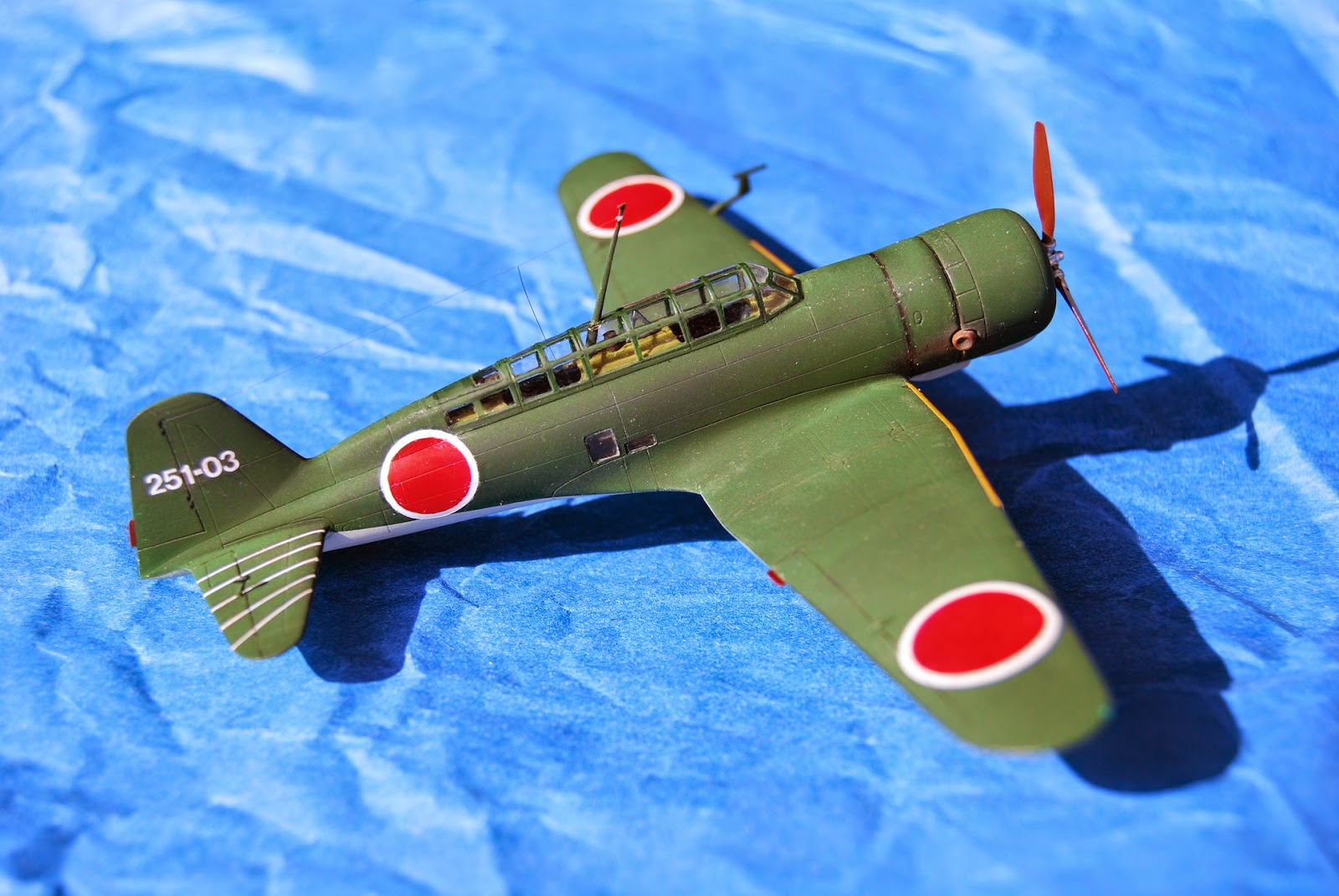 "I chose the LS 1/72 C5M2 Type 98 “Babs” for its sleek lines, a selfish gift really, since I love the plane.  The C5M2 had no equivalent JAAF variant, as the superlative Ki-46 had entered Army service by then.   As the final variant of the Ki-15 design that first garnered world attention in 1937 when it flew to Croydon Airport in London, it was no longer a cutting-edge performer.  But in 1941 and 1942 it was still a fairly elusive aircraft, and one operated by experienced and savvy pilots.  It did yeoman service early in the Pacific War, assigned in small numbers to Japanese fighter units at the point of the spear, scouting potential targets, serving as pathfinders for strikes, and returning to evaluate damage. 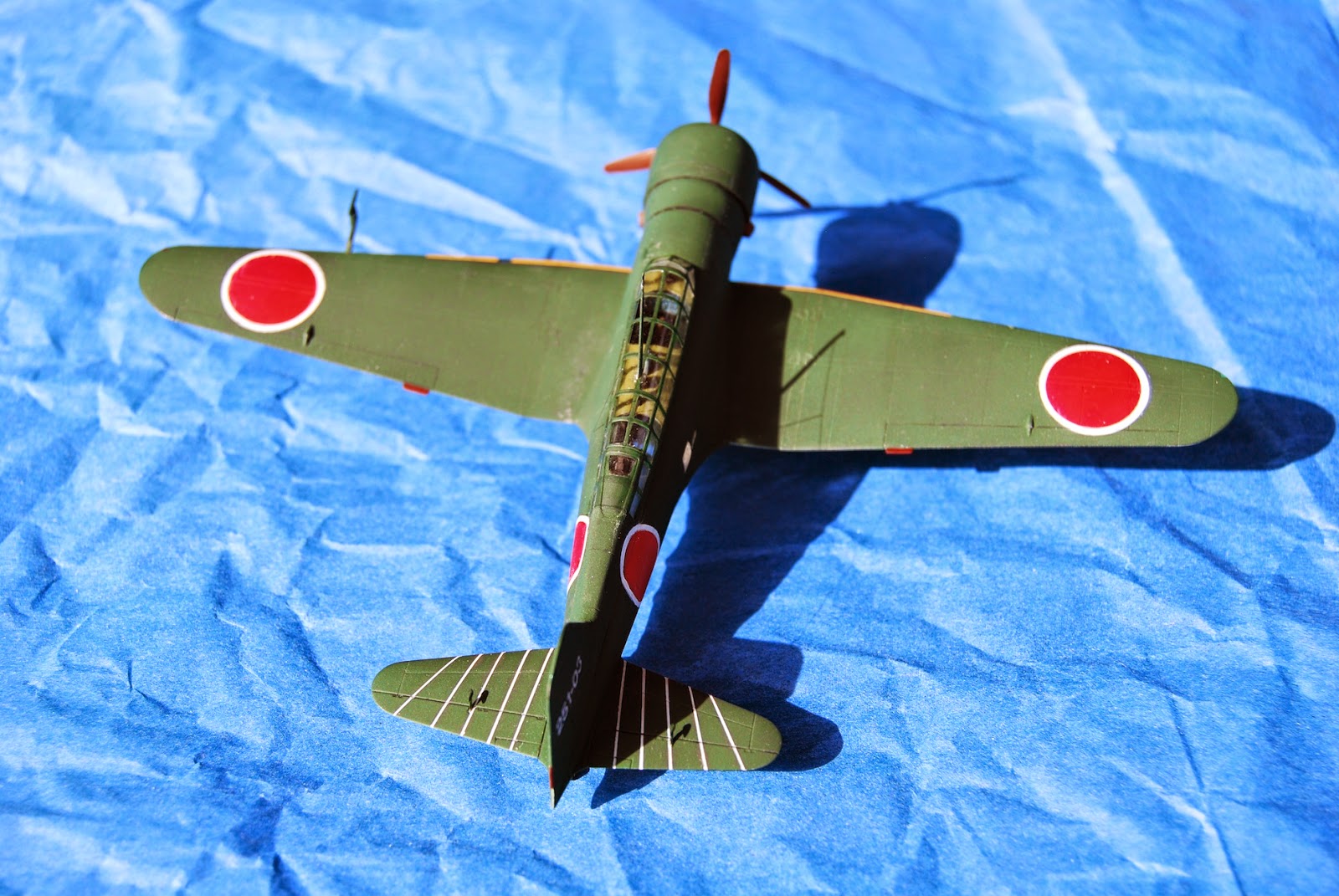 "Mitsubishi’s final production version of “Babs” was built around an engine upgrade to the reliable 950 Nakajima Sakae.  Since arrangements for its mounting, cooling, and exhaust systems had been mastered so impressively in the A6M Zero’s design, it looks as if Mitsubishi engineers decided there was little reason to reinvent the wheel; forward of the firewall the aircraft looks very much like a Zero, especially with the similar 3-blade prop.  The adaptation proved worthy of the original beauty of the Babs design.  But with the required cameras and radios on board, operational examples using low-octane Japanese fuel probably barely exceeded 300 mph, a performance its crews would find non-habit forming as new Allied fighters in their greater numbers began to dominate.  The type was withdrawn from first-line reconnaissance, serving in utility, training, and liaison roles.  While the aircraft’s original design has too easily been written off in Western circles as being largely derivative, I can only think that Jack Northrop must have been a little jealous upon first seeing those London photos of Kamikaze in 1937. 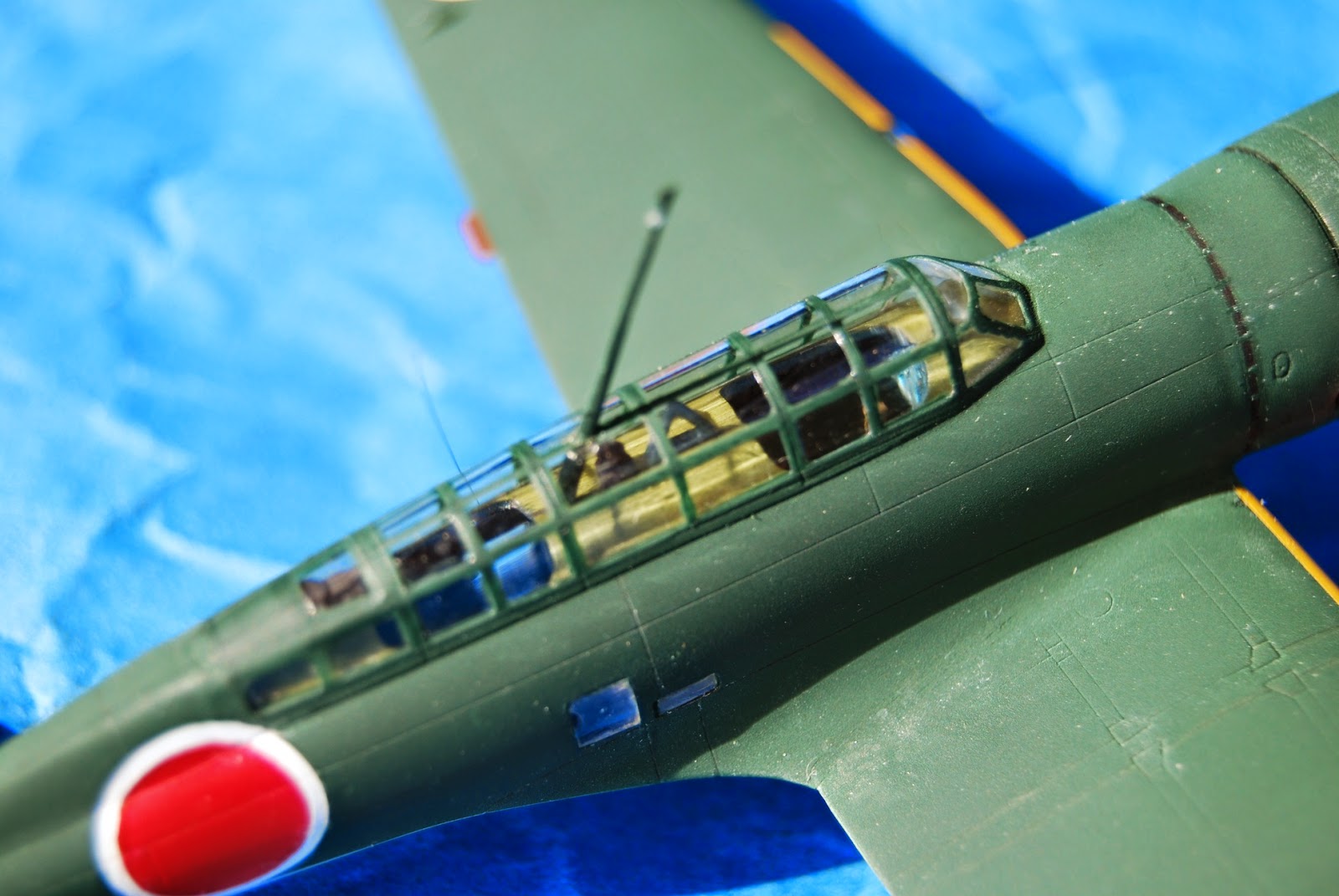 "The venerable LS kit was built from the box as best I can remember, and painted with what was then a new product, Tamiya acrylic paint.  The hinomarus were stenciled and airbrushed, and this is how I imagined 251st NAG tail codes might have looked, using Woodland Scenics dry transfers I found in the railroad section of the hobby shop.  In retrospect a “U1” prefix would have been likelier, I believe, but getting any info on the C5M2 back then was pretty much a washout.  This is Tamiya’s original shade of JNAF Green (Tamiya’s 1/32 Zero led to a second slightly darker shade issued many years later, but both are still in the line).  Thirty-five years after its release the LS kit, now marketed by ARII, is still a little gem with its delicate scribing, thin-section flying surfaces and sharp trailing edges.  With a vac-formed canopy and resin cockpit by, say, Rob Taurus (ahem) it would sparkle.  But the info for that cockpit is still going to be tough to find; the type is not even listed in the index of Mikesh’s four lb. book on Japanese Aircraft Interiors – which, along with a lack of survivors, speaks to the airplane’s continuing mystique.  In fact, the best single source for information on the type might be hiding in plain sight, if one searches the archives of this blog.  Over many years Nick’s posts and several beautiful models have gradually made up a rich file – check it out.  Most of these models are from the LS kits and all are notably different for their technique and camouflage schemes.  The most recent, John Haas’s build of the ancient 1/50 Marusan kit, is the first built example of this model I’ve ever seen and truly inspiring.  I was told long ago by the late Jay Dial that Kikuo Hashimoto did the Marusan masters for both the Ki-46 and this one." 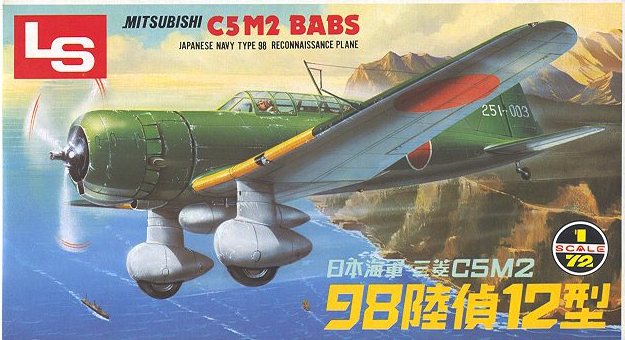 "Thanks to Mike Quan for pulling the model out of the display case after all these years and taking these photos." 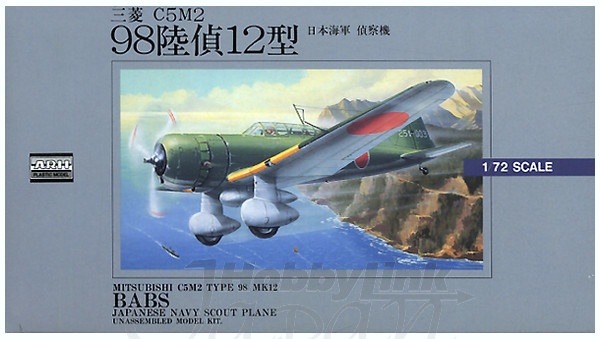 I have often wondered about this a/c, and I may now have to get one as an airfield (aka shelf) companion to my Zero's.
Thanks for all of the Babs information!