In the penultimate part of this exploration of Hayate colour schemes, the first of two more non-standard schemes will be considered. Previous blogs on this subject may be found here, here and here.

When the 22nd Sentai took the Hayate into action over China for the first time in August 1944 the aircraft of the Sentai commander Maj Jozo Iwahashi - '185' - was reported to be in a kumogata (雲形 - cloud formations, cloud- shaped) scheme of brown and green. On 21 September 1944 Iwahashi had led two other Hayate on a low-level strafing attack against the airfield at Sian but as he pulled up into a loop and rolled off the top after his run he either stalled or was hit by anti-aircraft fire and crashed into the runway, his Ki-84 breaking up into hundreds of pieces. Some of these were described as being painted "green and brown". This was the first Hayate to be examined and Cap Richard P Reinsch, a Technical Intelligence A-2, was able to make preliminary drawings and a performance assessment from the recovered wreckage. A month later the SEAC Technical Intelligence Report (TIR) 90 recorded that "sightings and combat photographs show that a new type of Jap(anese) fighter reported as having a 'tremendous speed' is in action in China", gave a 7-point description and speculated that it was 'Frank'. 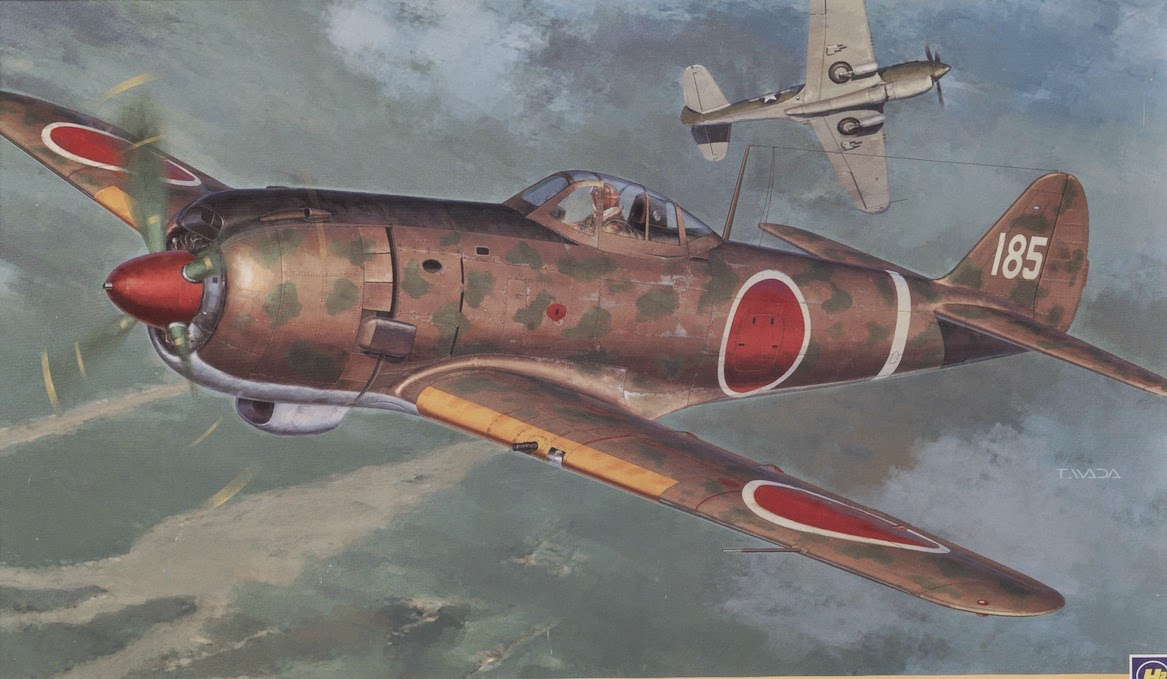 A very early Japanese reference depicts '185' in a two-tone RAF-style scheme with large wavy segments and the colours called out as 濃緑色(nohryokushoku - deep green colour) and 茶褐色 (chakasshoku - tea brown colour). Perhaps there was/is some ambiguity over the term kumogata when applied to a camouflage style. The box art for the 2007 Hasegawa 1/48th scale kit of this aircraft (above) depicts a 'spotty' green mottle on a solid reddish brown base, perhaps inspired by photographs of '124' from the first batch of supplementary prototypes taken whilst it was being tested at Fussa, which suggest a lower contrast scheme (below). 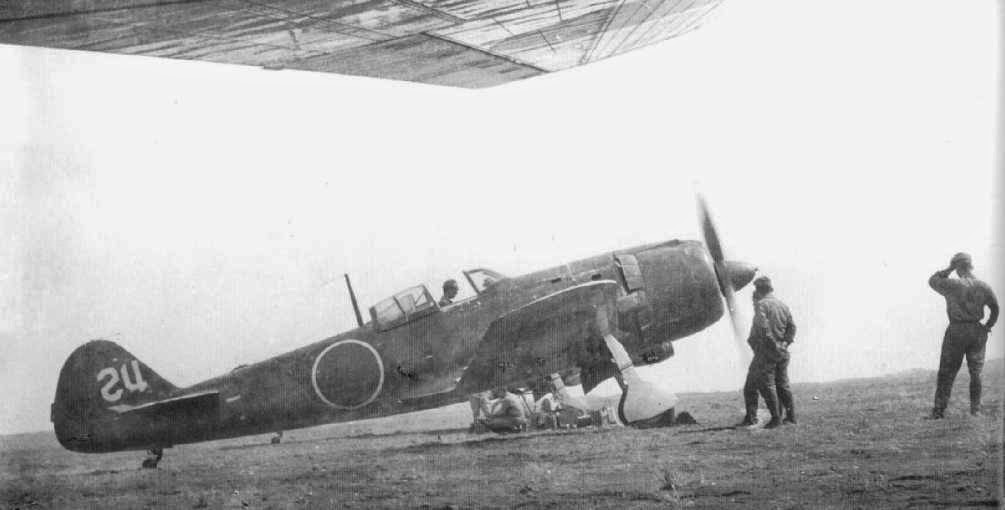 There is the possibility that the darker mottle is actually reddish-brown (which can photograph very dark) applied to an olive green base, a scheme associated with other IJAAF fighters in China. The Hasegawa instructions suggesting mixing the brown using Gunze Sangyo paints with 90% 55/H81 Khaki to 10% 131 Propeller Colour (a very dark brown). For the green mottle 129 Dark Green (Nakajima) is suggested, whilst the under surfaces are represented as unpainted metal. The box art of '124' for the Sword early Hayate kit by Jerry Boucher (below) depicts what appears to be an attractive two-tone green scheme but the instructions call out Dark Green (Nakajima) mottle over a Medium Brown (Nakajima) base. The 'ragged' style of the mottle appears to be based on the Gakken Hayate book. 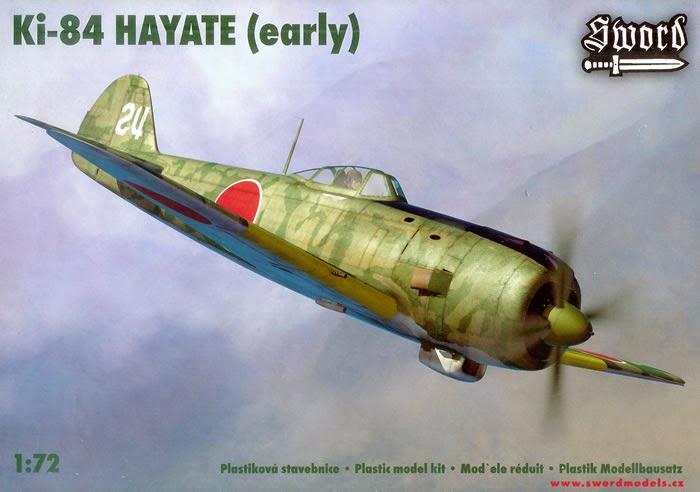 It is probable that the applied paints conformed to the then current standard of # 7 yellow-green colour (olive brown) over which a disruptive pattern of either green # 21 or more probably the dark blueish-green # 27 camouflage had been applied. Gakken depicts the colours that way and the combination is seen in an RAF-style scheme on other aircraft in China such as the Ki-55 as well as on airfield vehicles. It had been specified in the Army Aircraft Painting Instructions (Rikugun Koukuki Tosou Kitei) as a standard scheme from 14 June 1943 but there is little definitive photographic evidence of its widespread application before the factory painting of # 7 was introduced in the late summer of 1944. Some Hayabusa (Ki-43-II) photographed in 'dark' two-tone mottle schemes might have been painted in these colours. 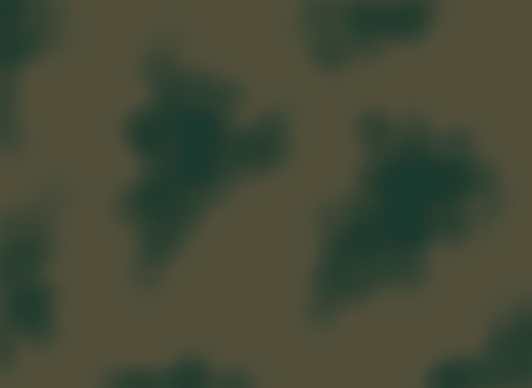 Note how the juxtaposition of the two colours in the schematic above makes the # 7 colour appear  more "brown". An aerial photograph of another heavily worn 22nd Sentai Ki-84 shows what appears to be an RAF-type scheme of wavy segments rather than a mottle, whilst another very clear and close-up photograph of a 22nd Sentai Ki-84 taken after a forced landing at Sagami (before the unit went to the Philippines in October 1944) shows what appears to be a densely sprayed 'squiggle' pattern in a single dark colour creating an almost solid finish with very little bare metal showing. That particular aircraft appears to have a dark painted border to the so-called 'combat stripe' - the senchi hiyoshiki - and a broad blue or yellow command band between that and the Hinomaru. The lower part of the rudder appears to be painted the same colour as the command band and has the number '8' and possibly another number just visible. It also has the large Kikusui (菊水 - Floating Chrysanthemum) emblem on the fin and rudder, confirming the unit identity. Another 22nd Sentai machine reportedly photographed in March 1944 at Miho features a very patchy single colour scheme but it is difficult to deduce whether it is a deliberate mottle or just severe wear on a solid finish. Similar patchy schemes are apparent on the Ki-84 trial aircraft sent to the 50th and 64th Sentai in Burma. 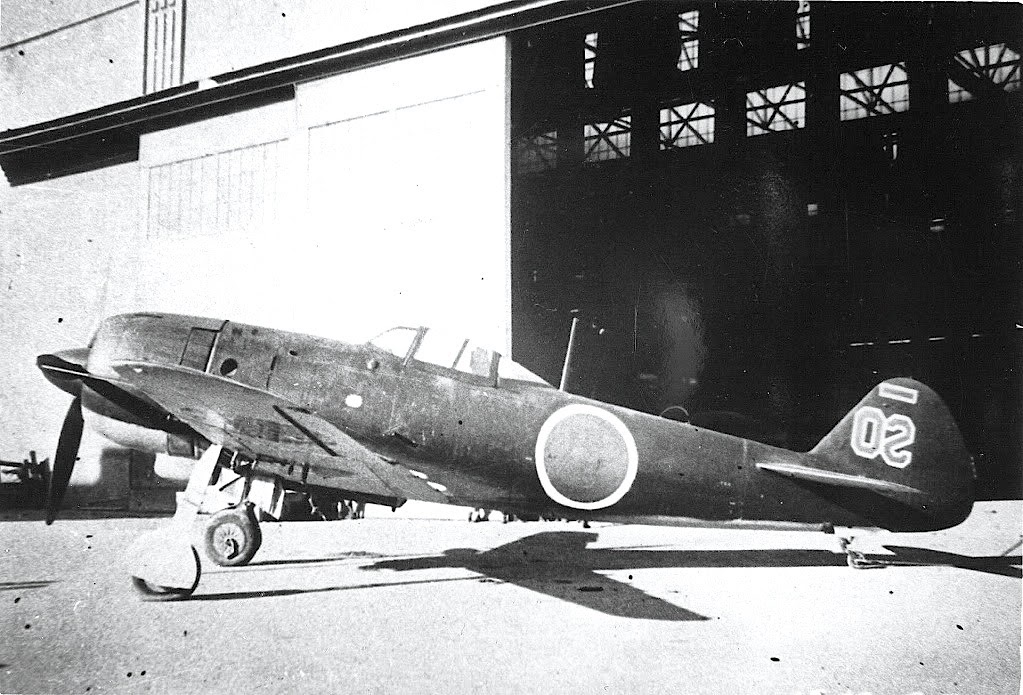 Photographs of another of the supplementary prototypes, '102' (above), appear to show the standard factory scheme of # 7 with painted under surface (below). The photographs were taken in December 1944 whilst the aircraft was on loan to Nakajima for re-modelling and probably document the newly required factory scheme which for some reason Nakajima applied tardily to Hayate. A rear fuselage band in similar position to the white senchi hiyoshiki or so-called 'combat stripe' appears to have been painted over or perhaps censored from the print. Unusually whilst the white border to the fuselage Hinomaru was applied at the factory the senchi hiyoshiki was not and was a relatively rare feature on Hayate. Note the prominent yellow-painted oval fuel filler cap on the central fuselage below the windscreen and the large gas vent approximately in the position of the gas vents later fitted to Otsu aircraft armed with the Ho-5 20mm cannon in the cowling position. Some Japanese references assert that '102' was re-fitted with 4 x 20mm armament by Nakajima for testing. 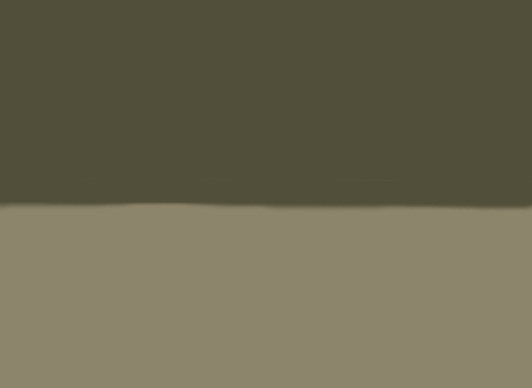 The box printing of my artwork tends to make the two greenish hues blend together a little more than is the case in my original. There's also some desaturation. It's interesting to hear what colours were suggested in the kit, but at the time I was commissioned to create the artwork I was given to understand that it was made up of a yellowish sandy green over a more 'standard' green tone. Neutrally, both colours are actually darker than shown, but once they're exposed to virtual lighting their apparent hue and other properties change.

Also, you might want to compare it with the depiction of Sugimoto's Ki-43 which can be seen at my site. Neutrally this a brownish-green tone but shifts more towards green when exposed to the virtual lights mentioned previously. Other enviornmental and material factors also come into play.

Hello Nick,
I am attentive to all your articles on the colours of the Ki-84 and the fourth is particularly interesting.
I look forward to the next. I still enjoy your approach to a subject that is both precise and factual. Congratulations.
Bernard (AVIONS EN KITS 1/72 Blog)