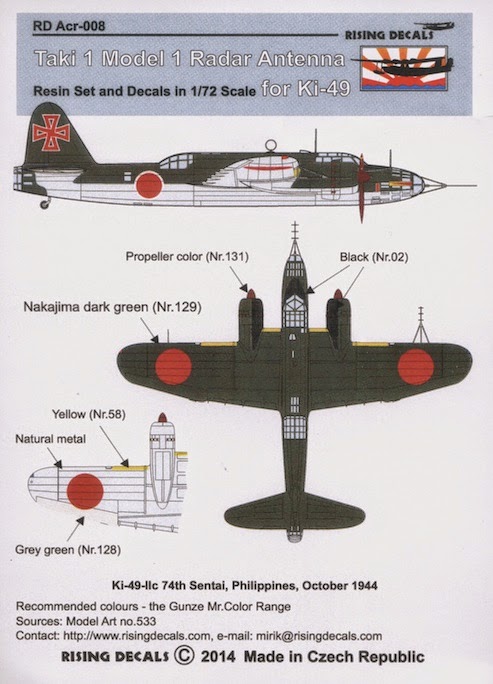 The latest accessory and decal set from prolific Rising Decals is RD Acr-008 for a Nakajima Ki-49 'Helen' of the 74th Sentai based in the Philippines in October 1944 equipped with a Ta-ki 1 Model 1 sea-search radar. This features resin-moulded Yagi type antenna arrays and their mountings for the nose and starboard wing together with a decal sheet providing the Hinomaru, unit tail marking and nose pennant. A particular kit is not recommended and therefore the set could probably be used to dress up the Revell/Takara veteran as well as with the more recent Hasegawa release.  The resin parts are finely moulded and will require care in their clean-up and construction. 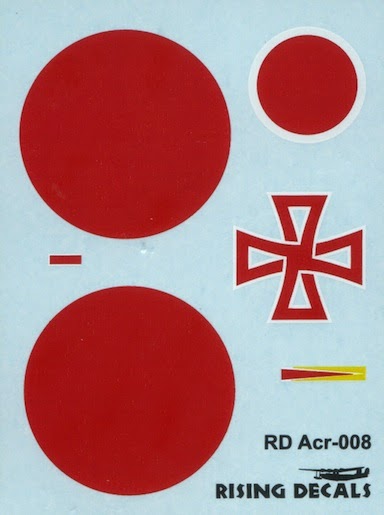 The 74th Sentai had been formed on the Mitsubishi Ki-21 'Sally' in July 1940 as part of the 5th Air Brigade, together with the 95th Sentai, for service in Manchuria but re-equipped with the ill-fated Nakajima Ki-49 'Helen' from May 1943. After a brief deployment to the Kuriles in March 1944 the unit was transferred to the Philippines in the autumn of that year. It returned to Obihiro, Hokkaido in April 1945 and was consolidated with the remnants of the 95th Sentai (another Ki-49 unit) which was formally disbanded in May 1945. The 'new' 74th was re-equipped with the Mitsubishi Ki-67 'Peggy'. There are conflicting accounts regarding the fate of the 74th Sentai. Some references report that it moved to Sakhalin with the Ki-67 after consolidation and training at Obihiro, then withdrew to Matsumoto before the end of the war, but other references state that it was still in training with the Ki-67 at Nishi Tsukuba when the war ended. Another source reports that it was assigned as part of 'Ten-go' (the defence of Taiwan and the Ryuku Islands) from March to June 1945. 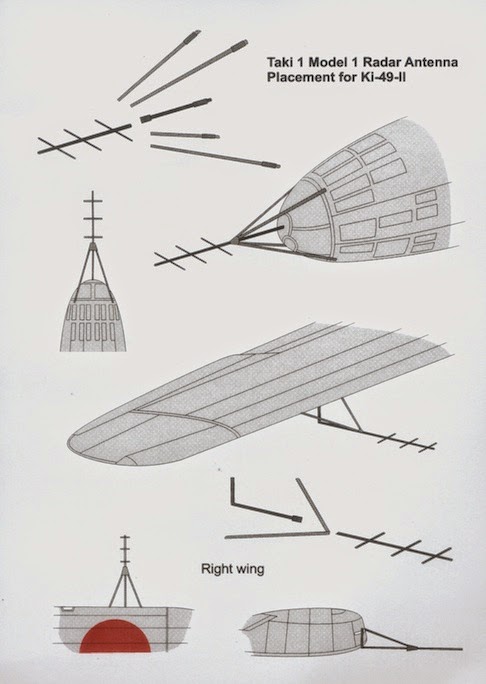 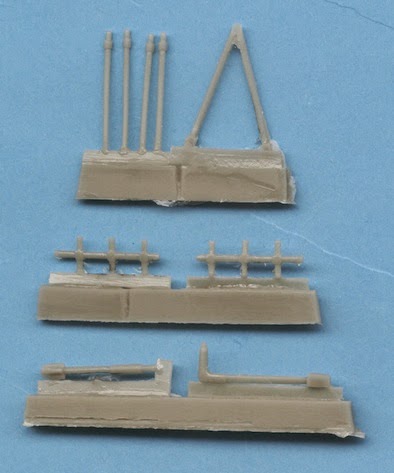 The Yagi or Yagi-Uda antenna was named after its inventor Hidetsugu Yagi (1886-1976) and was the product of his research into high-frequency radio communications antennae and oscillators at Tohoku Imperial University, aided by two former students Shintara Uda and Kinjiro Okabe. The design was published in a scientific journal in Japan in February 1926 but the subsequent US patent was filed in May 1932 and assigned to RCA. Ironically the Yagi-Uda antenna was in use throughout the world with early radar systems but only "returned" to Japan with captured British and American equipment. Yagi was contemptuous of the Army-Navy jealousy and obsession with secrecy which had impeded scientific research, noting that "each acted as if it would be preferable to lose the war than co-operate."

Army radar development was rooted in Matsatsugu Kobayashi, the manager of the Nippon Electric Company (NEC) who had contacts within the Army Science Research Institute. During 1938-39 NEC managed to secure Army interest and support where none had existed before to develop a barrier-type air detection system known as the Bi-static Doppler Interference Detector (BDID) which was first deployed on the coast of occupied China. Kinji Satake of the Research Institute who had recognised the value of the system went on to develop a more sophisticated radar system for the protection of the Japanese coastline. Further development of targeting systems was spurred when NEC examined captured British and American radar equipment, preparing a research document for the Army which led to the creation of the Tama Technology Research Institute (TTRI or Tama 多摩) in Tokyo, the 'Ta' of which gave birth to the 'Ta' of the Ta-ki designation used for Army airborne radar equipment. The suffix indicated the intended use - 'chi' for land based systems (from tsuchi   土 for earth), 'se' for nautical systems (from mizu 水 for water) and 'ki' for airborne systems (from kuki 空気 for air). In Western references Ta-chi and Ta-ki sometimes get confused. Tama led and co-ordinated the research effort for the Army but the development work was mostly conducted by the Toshiba Research Institute and the NEC research laboratory of Sumitomo Communications. Ta-ki 1 was an airborne system developed into three applications, with Model 1 used for the detection of marine surface vessels with a range of 12-60 km dependent upon the size of the target. The parallel development of the air-to-air systems is unfortunately shrouded in mystery and secrecy but by the end of the war at least 12 Ki-45 Toryu had been equipped to operate a Ta-ki 2 experimental denpa hyoteki (電波 標的 - radio wave target) air-to-air radar with the antenna installed in a transparent nose cone.

With thanks to Mirek of Rising Decals for providing the review sample.