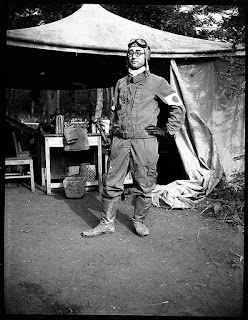 An undeveloped film roll sent to a collector from Hiroshima, Japan reveals its secrets. The man appears to be wearing an Army summer flying suit and helmet, per Ritta Nakanishi*, points of identity being the twin breast pockets with vertical flaps, the integral belt of the jacket and the cuff zips. The large Hinomaru on his sleeve suggests that the photograph was taken during the later air defence of Japan. He carries a sword. The other photos suggest that his family lived on a farm and the castle in the snow has been identified as being at Aomori. 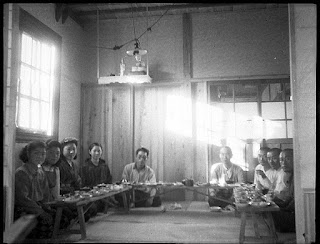 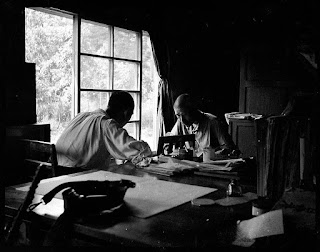 The film lay neglected in a house and was found by its new occupants together with other photographic ephemera. Historical aviation and military buffs know the value of such records but not everyone is a historical aviation or military buff. Such emerging photographs are just the tip of a huge iceberg, millions lay forgotten, unknown in albums and boxes, and sadly thousands more have already been consigned to the skip or the bonfire. My own aunt burnt scores of candid photographs of the French army taken in their front line trenches and dressing stations by my grandfather during 1916-17, a fact that only became known to me when I chanced on a few partially burned surviving prints rescued by my uncle. Many historic collections are jealously guarded and permission to reproduce photographs to a wider audience refused. But what will happen to them when their determined owners pass on? Will surviving relatives appreciate their value or will they disappear for ever? 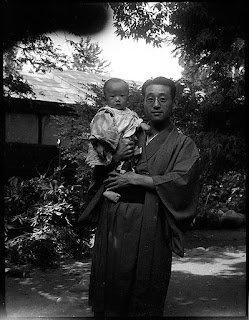 The other photos from the roll may be seen here and my thanks to Mr Sajó for letting me share the story here. 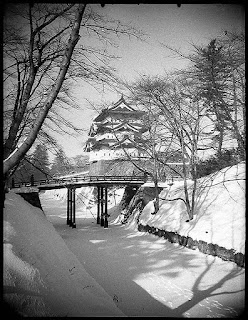 Image credits: an unknown Japanese family via lebedeff via Tamás Sajó
Posted by Straggler 脱走兵 at 09:40

These are spectacular, Nick. I love seeing the images of the pilot's family and child, they are priceless. Thanks as always for sharing.