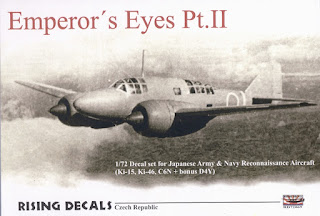 Rising Decals have recently released Part II of Emperor's Eyes, set RD 72069, with decals for a further selection of IJA and IJN reconnaissance aircraft. The Ki-15, Ki-46, C6N1 and bonus D4Y1-C subjects are well chosen and include some interesting schemes. 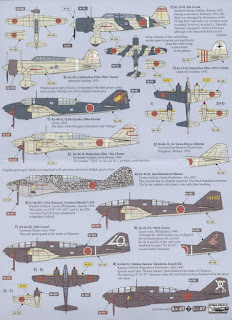 The Army aircraft subjects consist of:- 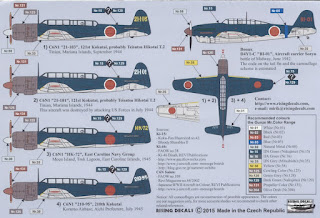 And for the Navy:- 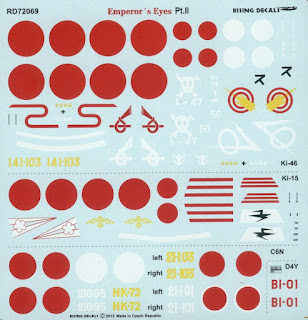 This is another excellent sheet from Rising Decals which continues to plug the gaps in available aftermarket markings for interesting Japanese aircraft subjects. It includes the unit markings and sufficient Hinomaru for one Ki-15, two Ki-46 and one C6N1.