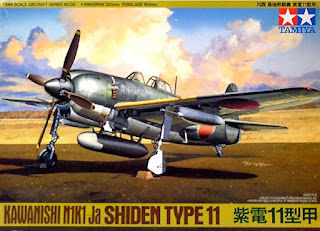 I don't have the Tamiya 1/48th Type 11 Shiden kit but a communiqué from Aviation of Japan's Texas correspondent Mark Smith suggests that it suffers from the same cowling scoop issues as the 1/72nd scale kit. Mark kindly sent these images of his own Shiden model with a modified cowling, using the front half of the Otaki Shiden kit cowling grafted to the rear of the Tamiya cowl. Mark writes that considering how very nice the Tamiya kit is in about every other respect, it is puzzling how badly they missed the cowling and how well Otaki managed to capture it considering the age of those moulds - mid 1960s.  Mark remembers modifying the cowling before any other construction to see if it would work - it did - using superglue as a filler, which has not shrunk as putty can do after many years. The current price of the Otaki kit, now available under the Arii brand, makes this a practical consideration for a Shiden model, although Hasegawa also have a range of Shiden kits available (not seen) and the Arii/Otaki kit is a pleasant antidote to AMS in its own right. 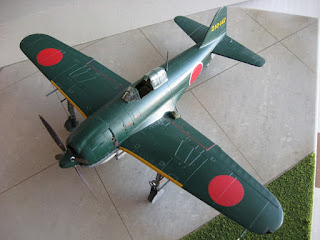 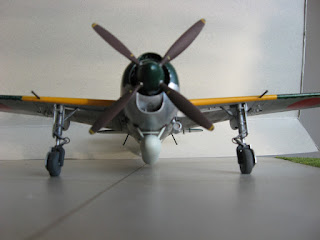 The frontal view of Mark's model makes an interesting comparison with my image of the original 1/72nd kit part. 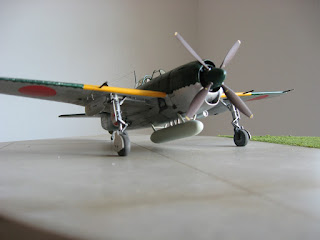 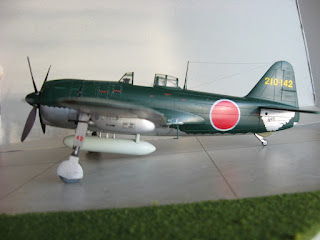 The IJN designation of the N1K1/2 is usually rendered in English as 'Interceptor Fighter' but the Japanese characters used - 局地 - mean 'local area' which implies a short range capability in contrast to long range - 長距離 - and thus an aircraft designed for a local, short range interception role. Shiden was first designated the Experimental No.1 Local Area Fighter. 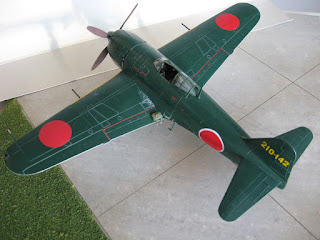 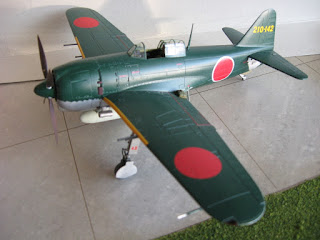 Shiden was developed from the Kyofu floatplane fighter, Kawanishi's engineers wishing to exploit that design's performance features. At first the IJN were not interested, being focussed on development of Mitsubishi's Raiden, and Kawanishi pursued the project as a private venture. By the time the Navy were able to evaluate one of three less than perfect additional prototypes constructed by Kawanishi delays and concerns over the Raiden project had changed their tune. Kawanishi were instructed to continue improving the Shiden design and to suspend further work on another concurrent IJN fighter project - the J3K1/J6K1 Jinpu. A complicated undercarriage system in the N1K1-J, necessitated by the inherited mid-wing configuration of the floatplane and a 10 foot propeller, proved problematic and prone to failure. Shiden had an alarming stall characteristic that tested pilot reaction and skill, the combination of both issues impacting ease of landing. The ultimate resolution of these issues was the modification to low-wing configuration of Shiden Kai and the rest, as they say, is history. 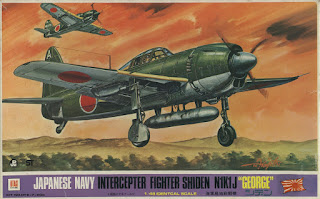 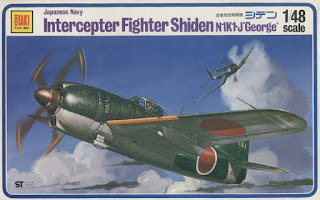 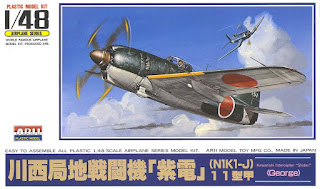 Nick, I've very much enjoyed this series on the Shiden. Mark's cowl solution on the 1/48 Tamiya build is excellent; the Otaki kits were outstanding for their day and I rather regret selling off the ones I had!

I mostly build in 1/72 these days, and in that scale I feel the overall fuselage shape, in particular the cowl, is superior on the Aoshima kit. Tamiya's main cowl opening seems too small, and has overly rounded edges. The fact that Aoshima offers both production variants of the aircraft is also outstanding. Tamiya's detailing and engineering are undoubtedly better as you described, with the exception of Aoshima's thin multi-part canopy and more accurate propeller blades.

The cowling intake problem seems to be mirrored with the Hasegawa 1:48 Hellcat,the much older Otaki offering having less of a problem.

Thanks for all the great information,much appreciated.

Thanks for your comments chaps.

MD - sent you a private message via Britmodeller.

Thanks for the wonderful analysis of all things Shiden and Shiden Kai.