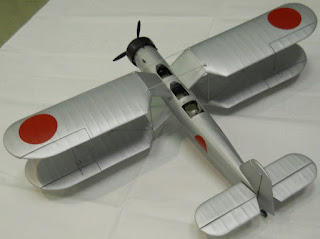 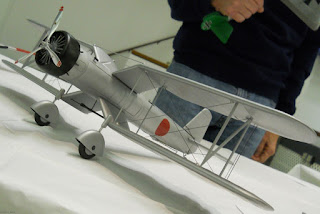 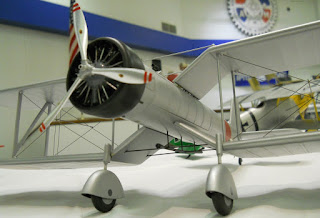 In Ken's own words:-


"While at the show I renewed my too brief acquaintance with Dr. Frank Mitchell, well known for his large scale scratch built models. His work is shown at the HyperScale and Large Scale Planes websites.  Dr. Mitchell brought with him some old favorites for display, including his Nakajima B4N1 prototype model. The build was featured at HyperScale on 3 June 2004:-

"The B4N1 model is unusual, interesting and deserving of another look and Dr. Mitchell was kind enough to allow me to take photos of his build, now showing effects from extended storage since 2004. The laminated plastic sheeting covering the wings and fuselage has split at a few seams, visible in some of the photos. 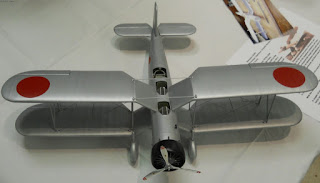 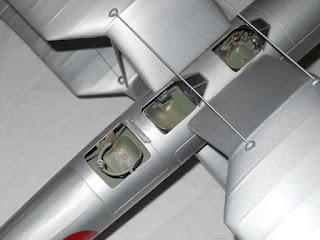 "Dr. Mitchell related that his project began in the mid 1970s when he was then living in the Maryland area.  The only known photo of the B4N1 prototype was made known to him by his friend Robert Mikesh who was then working at the NASM restoration facility.  They consulted on a model project at some length but Dr. Mitchell's build did not proceed in earnest until the mid 1990s for various reasons.  In all that time to the present, no other photos of the original plane have appeared.  My thanks to Dr. Mitchell for graciously allowing me to photograph his model, reviewing the photo scans that resulted and allowing his model and build remembrances to be posted here at Nick's blog. 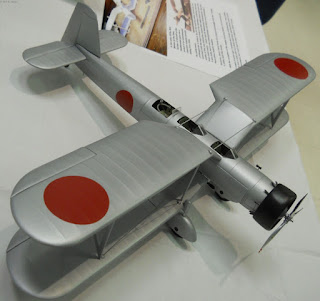 "The B4N type is interesting in that it demonstrates the logic used by Nakajima's early 1930s designers as they moved in incremental steps from the preceding biplane era configuration towards the then new monoplane arrangement, to be seen a few years later in their follow-on B5N design.  The B4N1 featured large cockpit sidewall gas tanks. This detail was detected by Dr. Mitchell using x4 enlargements of the B4N1 photo.  The HyperScale article shows how those gas tanks were depicted on the model.  That arrangement was dropped for the later B5N design.  It is likely the B4N1 prototype served to trial other then new design concepts, that either passed of failed during trials with the prototype.  The later B5N type was a success almost from the start, likely due in some measure to Nakajima's prior experience with their B4N design." 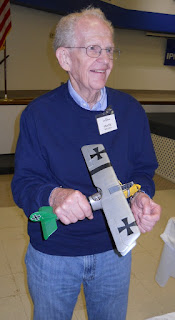 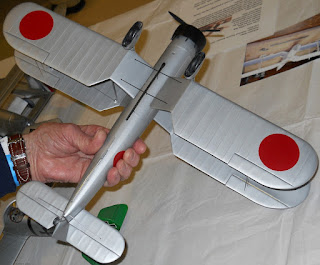 With special thanks to Ken and Dr Mitchell for sharing these images of a beautiful model of a most unusual aircraft with Aviation of Japan. More images from the Atlanta Contest to follow.

Following some recent correspondence Kit Trivia ~ Another Veteran Zero, a blog about the Frog 1/72nd scale Zero-Sen from 1959, has been updated with additional kitography, box art and the image of an excellent model.

This one looks like one of those designs I used to draw on my textbook covers in grade school - or perhaps it's what a Buck Rogers Concept might have looked like in the first decade of flight! I missed this one on Hyperscale all those years ago, and the model looks fantastic, like any model I've seen from Frank. Thanks for bringing it to us, Ken.

I've been a fan of Frank's work for many years. Frank is a real do'er: he chooses a subject and gets on with it, fighting his way through many obstacles to arrive at a marvelous and entirely unique top quality scale model, time and time again. Highly inspirational work Frank!