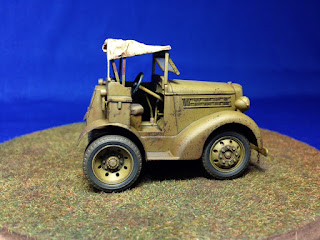 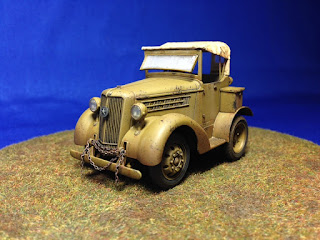 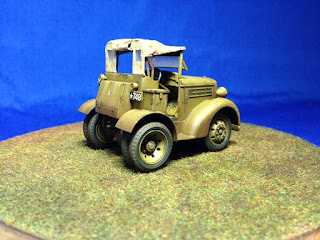 The Army Isuzu TX40 airfield tug (above) was converted from the Hasegawa 1/48 cargo truck version. Dan started this project back in 2012, and based it on an image showing two of these vehicles on the tarmac at Hamamatsu airbase towing Ki-21 bombers. 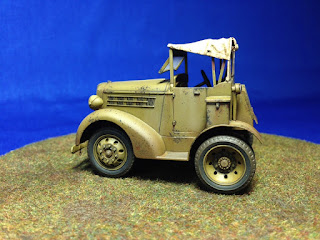 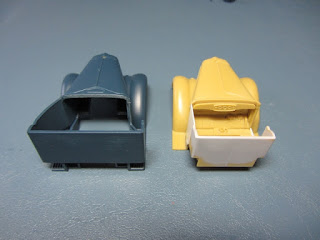 The conversion involved narrowing the cab and bench seat and scratch building the rear fenders, left door, equipment bins on the fenders and rear of the vehicle, as well as shortening and detailing the frame and tow hitch. 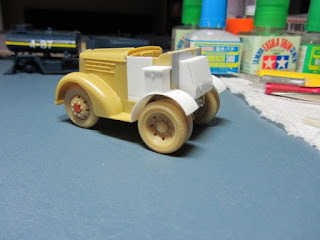 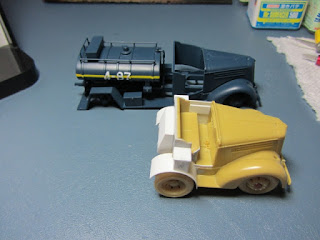 Dan also scratch built the roof by building up a frame with plastic rod and strip, then covering it with tissue soaked in white glue. 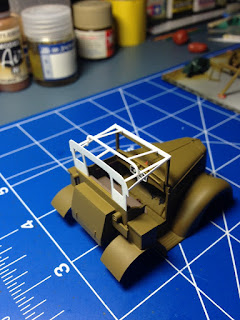 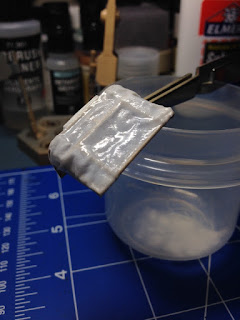 The vehicle was then airbrushed with a custom mix for IJA khaki, using Vallejo acrylics. The roof was sprayed with Tamiya paint, weathering was done with Vallejo washes and artist's oils. The final clear coat was Gunze matt lacquer. The result is an excellent and unique model of an interesting vehicle, although Dan hasn't indicated whether he plans to build a 1/48th 'Sally' bomber to go with it! 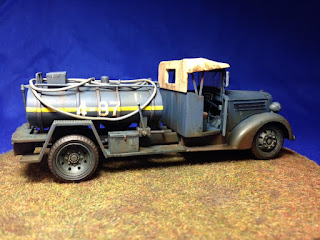 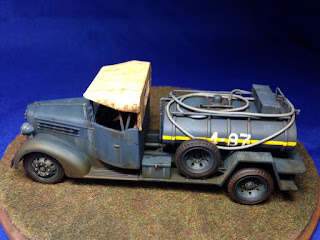 The splendid looking IJN fuel truck model (above) was made from the 1/48 Hasegawa Isuzu Type 97 kit, built pretty much from the box. Dan covered the roof with tissue soaked in white glue to give the appearance of canvas. The model was finished with Tamiya paints from spray cans, weathered with Vallejo acrylics and artists oils. 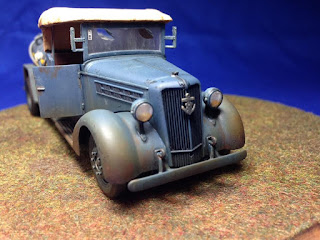 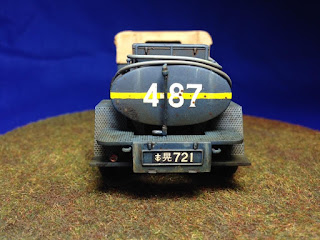 Dan noted that IJN fuel trucks usually displayed a light colored lateral band around the fuel tank and comparing those with aircraft in photographs, concluded that the band was most likely yellow. 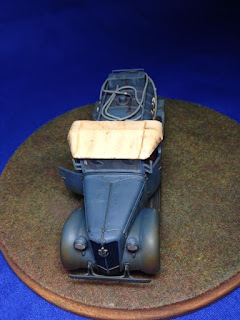 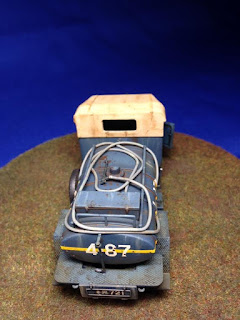 Some units displayed numbers on the tank as well, with the first number identifying the vehicle and the second number indicating the octane of the fuel it carried. IJA fuel trucks did not show the colored bands or the numbers, but almost every image Dan has seen shows a canvas tarp covering the fuel tank. 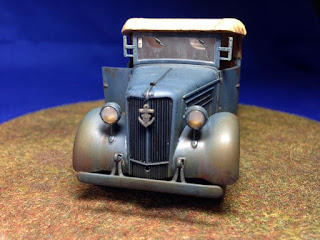 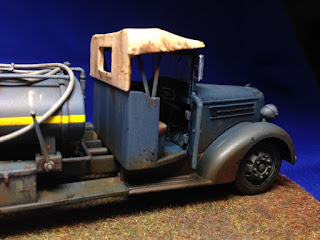 This particular vehicle is patterned after images of trucks used by the 302nd NAG, based at Atsugi.

With special thanks to Dan for sharing these images of his superb pair of airfield vehicles. An inspiration.

Wow these are very neat kits. For years I've been looking - unsuccessfully - for accurate drawings of JAAF/JNAF vehicles. These may actually be good references in their own right, as good photos are hard to find as well.

Thanks for the kind words. The thing I find is that there was great variety shown in the photos that do exist. Throw in early to late war, plus field modifications, Hasegawa did a great job with what is included in the box.

If only they had also produced the Toyota starter truck in 1/48 as well. Probably the most numerous wheeled vehicle at any IJA base!

Bravo! To best represent certain subjects where the evidence is only rudimentary requires careful extrapolation...but imagination too. These models are superb examples, and the results are unique.

Thanks, Mark! I do hope more images of the tugs are found, would be curious to see how many of the details I did have to extrapolate are accurate. Some things I am very confident about, such as the rear of the vehicle and lack of mirrors. Would love to see a clear image of the left side though....