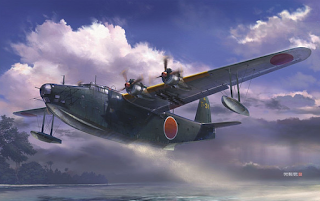 Hat tip to zegeye for kindly alerting me to the recent announcement of a Hasegawa new tool 1/72 Kawanishi H8K2 "Emily" flying boat kit to be released at the end of this year. 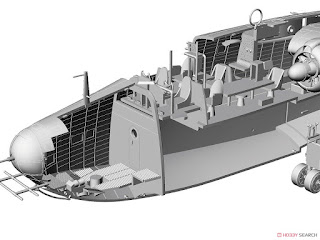 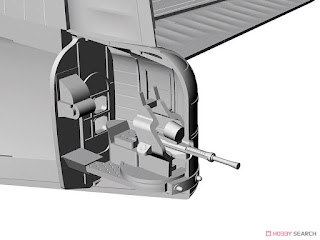 The kit is based on the latest historical research and will include a full crew sculpted by Mr Takeichiro (responsible for the Modelkasten sets of masterpiece figures).  Lots of interior detail by the look of it too for a £50+ price tag. 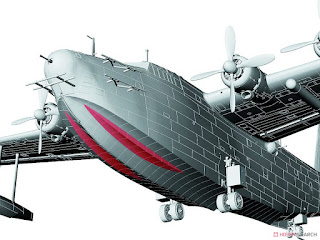 The last reiteration of their old but still nice rivet encrusted 'Emily' from 1967, produced first in dark green plastic and lately in grey, was in May this year with a limited edition in Leiji Matsumoto 'The Cockpit' Manga guise (below - approx £24). 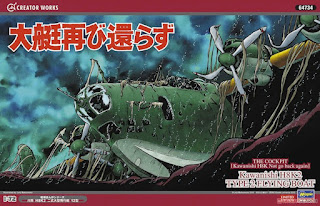 And before that, in more legitimate mode, 2014. Hasegawa's Emily has appeared fairly regularly, a perennial favourite for building and improving, with export re-issues by Frog in the UK and UPC in the USA. There was at least one more nineties or noughties Hasegawa issue of the "big old bird" with fairly garish box art that I've not been able to rrack down to include here. Interestingly the box art almost follows a chronological pattern of beached with landing gear, in the water taking off and in the air. 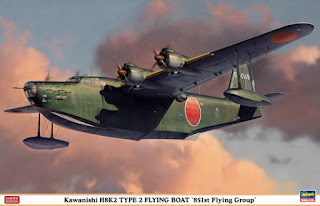 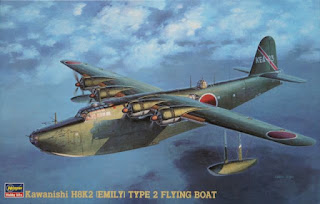 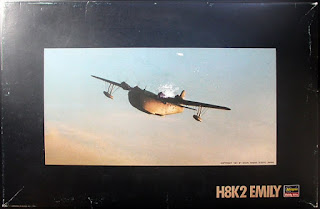 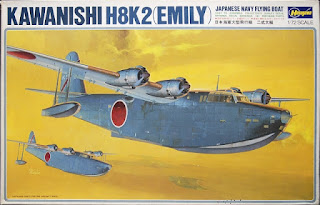 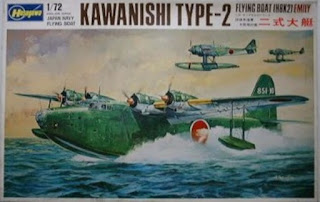 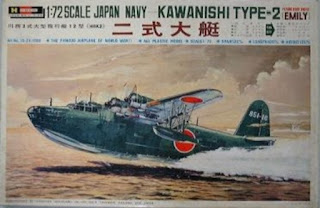 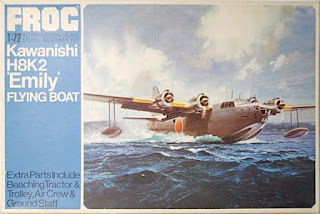 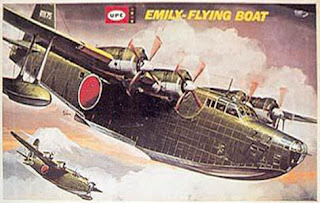 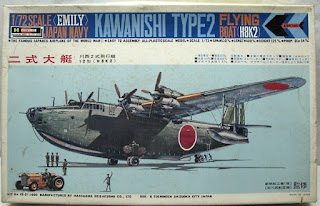 Can't help wishing it had been a new tool Ki-21 "Sally" though! Who will be first I wonder?

Wow! That came out of left field - I haven't heard anything about this. I always wanted to build the original Hasegawa Emily kit, but quite frankly never got up the nerve to take the plunge. To do justice to it, there is a lot of work needed. I'm always impressed when I see it built up. This new kit looks to be the definitive Emily, and I can't wait - it's on my wish list already. You're right about the Ki-21, too. And I would love a new tool Kikka. It's too bad that the Japanese subjects haven't been covered as well as the Luftwaffe. It seems like there is always a new 109 or Luft 46 kit coming out. Cheers, Bill

An original mould Emily given your "Revell PBY treatment" would be something to see!

Thank you very much for posting this, Nick! I am once again trying to get back to the hobby (for the nth time) and is refreshing to see this kind of news; while initially looks to me like a bold and out-of-character move from Hasegawa's part, they already did the same with their A6M line more twenty years ago, so there... Waiting for that Ki-21 now and dreaming of a bright future of re-tooled Ki-84 and Ki-44 kits to make them definitive and easily accesible. And a Mavis...

Thanks for the news, Nick! I really appreciate this effort by Hasegawa. I am with you (and Bill and Daniel too) regarding the need for a new Ki-21, but what I would really love is a Mavis designed and produced to the same high standard as their forthcoming Emily! New tool Ki-44 and Ki-84 kits in 1/72 scale would be great and, while they're at it, they could present us with a scaled down version of their nice E8N1/2 1/48 model!

I'll bet with this, we'll see a Mavis too. Like many of you, a new Ki-21 would have been most welcome.