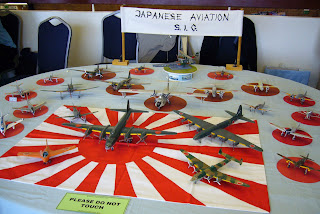 The weather was appalling on Sunday at St Ives, however, the Brampton Branch of IPMS UK pulled out all the stops and provided us modellers another fantastic show.  There were several traders with kits new and old, with some five dealing with second-hand kits.  There were some real bargains to be had.   Anyone know who got the Revell 1/32 Jack that sold for a tenner?  There were books and decals.  It was almost like a mini Nationals.  Many clubs and branches were attendance and it was nice to meet up with old friends and even make a few new ones.
Our JASIG was again on the 1st floor and we had a good showing with John Drummond and Tim Cant helping me to carry the WWII torch with Julien Dixon bringing us into the jet era with a pair of JASDF F-86 Sabres and a Fuji T1-A (below). 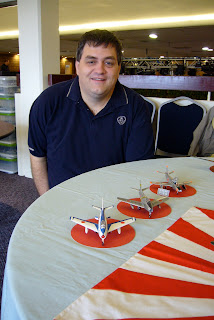 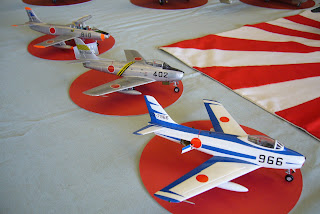 Our next scheduled display will be at Telford on Saturday and Sunday, November 13th and 14th.   We've been asked to volunteer an hour or so each day to help with the running of the show and as soon as we know the taskings I'll contact those of you who kindly volunteered your time to help.
There were some new things to see at Brampton, which have been published recently and they make a good addition to the library: 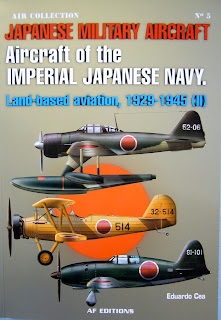 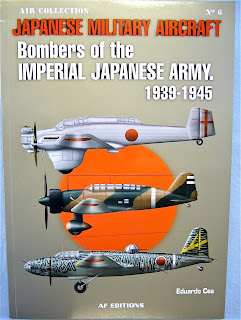 Mark 1 Ltd, in conjunction with 4+ has published a volume on Lockheed's T-33 Thunderbird with a decal sheet for twelve aircraft, one of which is Japanese.  The Japanese option is for a Kawasaki-built T-33A, Black 230, of 33 Sq., No.1 Air Wing, Japanese Air Self Defence Force, at Hamamatsu Air Base in the mid-1970s.  The finish is overall off-white with light grey upperwing leading edge panels and the lower surfaces of the aircraft in aluminium paint.  The fin top is trimmed in dark maroon with a yellow and black checkerboard design on the fin and rudder. The book is available with a decal sheet in either 1/72 or 1/48 scale. 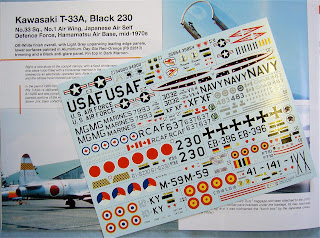 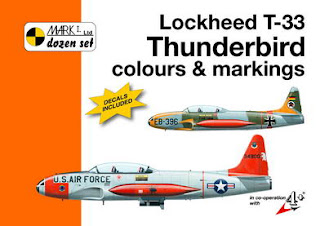 Thanks for the scans of the new book covers and of the JASIG display at the Brampton IPMS show.

...and again some lovely models on display so thanks for bringing them to the forum.

Does anyone have any comments on the Eduardo Cea series? I have a couple of them and have some real problems caused by the translations into English. Some of the information is also at odds with supposedly expertly compiled sources but it may be as a result of better or more recent source material being available to Eduardo.

After obtaining the Army fighters book I was going to write a review addressing the errors in it. However, I found these were so extensive that it would require almost a re-write of the whole book.

One of the reasons I'm less inclined these days to post "serious" colour data on the blog is that it appears to be such a complete waste of time in the face of entrenched and persistently repeated misinformation.

On forums where questions are asked about Japanese subjects one sees frequent answers of the "I don't know but here's my opinion anyway", "anything goes blah blah" and "this is how I painted my model" (as though their model is a point of reference!). If one does post something after these bozos have jumped in with their non-answers it is invariably unacknowledged and the information ignored when the same question is asked a week or two later. Ergo most of them are just not interested in accuracy beyond convention or a consensus of opinion.

Thanks Nick - I think that answers the question and I can spend my money on other things!

I mentioned to Ken Glass just a day or so ago that sometimes I wonder what I achieved by roaming round the bush in northern Australia for 25 years documenting aircraft crash sites and taking samples from Japanese (and other) aircraft for analysis - some of which are with you for just that reason as we speak.

I have been told (and again I mentioned this to Ken) that the Zeke piece I (you) have is not from a Zeke because the caramel colour is there and we know ALL Zekes were pale grey. Why?
Because that is what is in the book/on the model/I read it somewhere, etc., etc.,and has become conventional wisdom.

I wonder sometimes whether any of these self-styled experts have even seen an aircraft other than in books that tend to transform them into instant experts.

Certainly they have no idea as to the effects of the environment upon the aircraft.

...and having vented my spleen its,

...and why not post serious accurate colour data on this forum - that's what it's for and perhaps, just perhaps, someone may learn from it.

posting and re-posting the serious accurate colour data is the only way to change the "entrenched and persistently repeated misinformation".

And then you have to survive the backlash of the "righteous". But when you see modelers applying that data to their models, it's worth it.

Keep going, because I, for one, am very grateful for your efforts.

Thanks Bob and Vedran. It is definitely incremental in the sense of one step forward, two or three steps back. Only yesterday I read a very assured post about Ki-61 cockpit interiors consisting of three sentences each one of which was as wrong as wrong could be.

Another forum appreciatively discussed colour "data" which consisted entirely of subjective descriptions plus a 40-year old printed profile. Not a single actual colour value was communicated or referenced to any paint standard anywhere in this remarkable thread. It was the usual combination of subjective descriptions, implicit trust in colour photography and "I did it this way" model photos and paint mixes consisting of a dab of that with a dab of this (how big is a dab?).

Speculation and opinion seem to be preferred by most modellers to the tenets of colour science and no doubt more than a few people who have established themselves reputations as "Sage of the Forum" feel threatened by it.

"Munsell values are meaningless to me" - Really? You don't say. . .