For JASDF enthusiasts the new Platz 1/72nd scale T-33 kit follows on from the recent Sword release of the same type and seems, in the box, to be an impressive kit. Contrary to expectation the decal options include no less than 9 aircraft rather than just one commemorative bird:- 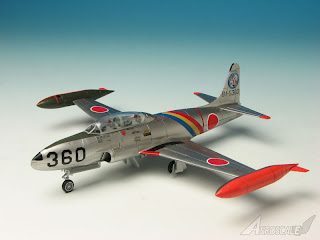 There is an in-box review on Aeroscale here and on Modelling Madness here. The kit retails direct from Japan for about £14 but is already showing on back order at HLJ. I have no idea whether it will remain generally available as Platz kits do seem to come and go fast! Also available is a pre-coloured photo-etch detail set marketed by Platz but made by Eduard which retails direct for about £9. Nice to see this aircraft get the modern kit treatment and combined with the enduring appeal of the T-33 the JASDF markings make for a very colourful model. 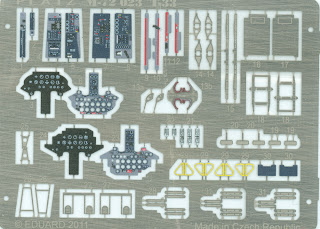 If the Platz kit should disappear without trace before you can obtain one there is also a recent kit from Sword of the T-33 which features JASDF markings as reviewed here. 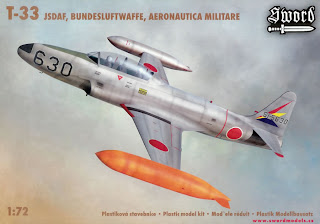