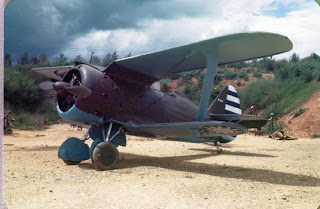 From the Jack Canary Special Collection at the San Diego Air and Space Museum via the kindness of Mark Haselden come these rare colour photographs of aircraft in Chinese Air Force service, including two of the captured Ki-43-I P-5017 which was featured as a special release of the Fujimi 1/72nd scale kit. 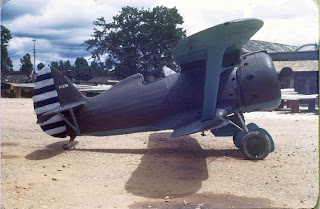 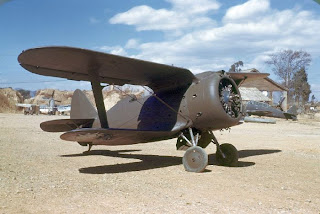 I'm reluctant to comment on the colours seen in these images. Sometimes colour photos pose as many questions as they answer... but that I-153 in the third image does appear to be painted in a colour very similar to fresh olive drab so I'm wiping a little 芙蓉蛋 (fu jung daan) from my face and (maybe) believing it after all! 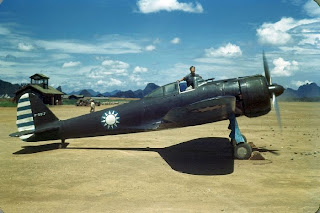 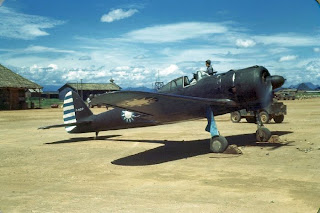 Anyone with Fujimi's issue of P-5017 (below) can now re-paint the natural metal finish or Mr Color 128 under surfaces in that nice clear, bright sky blue!....

Those images are nothing short of spectacular Nick, thanks for posting them.
Dan

I am speechless! Thanks for posting these amazing period photos. I recall having seen the third I-152 shot from top published somewhere (in an old issue of Air Enthusiast, if I recall correctly). I agree that that I-153 does appear to be painted overall in something very similar to fresh olive drab... maybe from US supplied stock. The first two could as well be painted in standard early wartime AMT Soviet lacquers, though the undersides' light blue looks a bit more vivid than the wartime AMT variant, so it might be closer to the prewar AII Blue.

Thanks for the scans, Nick.

If that's a P-51 I see behind the I-153, the Polikarpov is probably painted in fresh US Olive Drab. Only VVS darkish olive green, color 3B, was discontinued ca 1938, before I-153 went into production.

As Dan said, spectacular photos!!! Thanks for posting them here!

Just wanted to say thanks for an informative and entertaining site!