Good news for 1/48th scale modellers. Following on from their re-issue of the Rising Decals popular 'Dying Sun' two-part sets of captured Japanese aircraft in Allied markings, Max Models in the USA has released a two part Limited Edition in 1/48th scale. 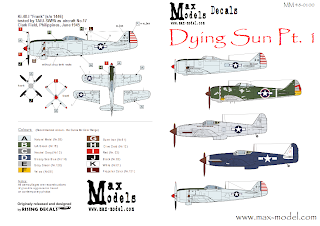 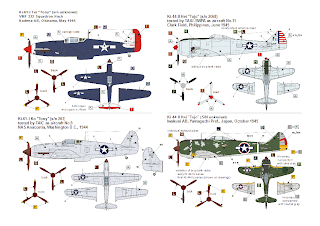 For obvious reasons the two Ki-46 subjects on the 1/72nd sheet are not included. MM 48-0101 also has markings for five fighter aircraft as follows:- 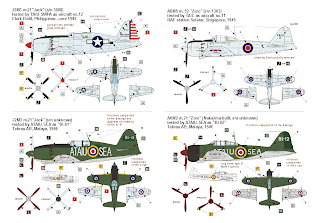 Captured Japanese aircraft are perennially popular as modelling subjects and these decals offer good, colourful subjects. They are well printed with accurate register and nicely saturated colours with the British roundel colours depicted correctly. For aircraft with the pre-war rudder stripes the rudder must be painted white before application. The sheets cost US$12 post-paid in the USA, $14 to Canada or Mexico and $15 (approx. £9.62) to any other country post-paid. In the UK they will be available from Hannants. With Max Models kind permission and for reasons I won't go into involving our friends the Royal Mail (grrr!) the two review sheets are available for sale direct from me on a strictly first come first served basis for the special price of £12 the pair post-paid within the UK only.