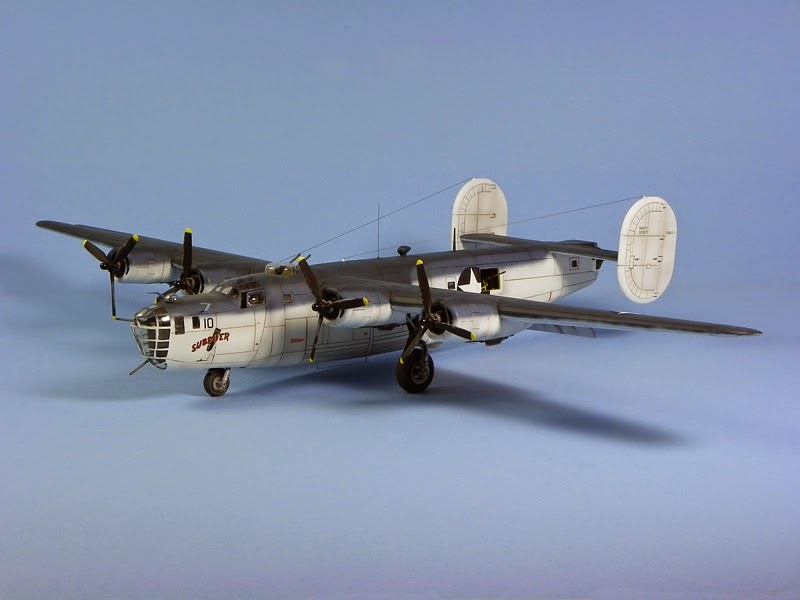 Still on the subject of older kits, Bill Gilman, prompted by Mark Smith's Zero, very kindly sent me these images of his 1/72nd PB4Y, built, incredibly, from the rivet encrusted Revell kit of 1965, a veritable Gramps in plastic. A PB4Y, here? you ask. Well yes I say, offering the excuse that Bill's model provides a neat visualisation of the aircraft flown by Gordon Forbe's characters, a previous diversion in this place, if somewhat tenuously as it  replicates an Atlantic rather than Pacific prowler. 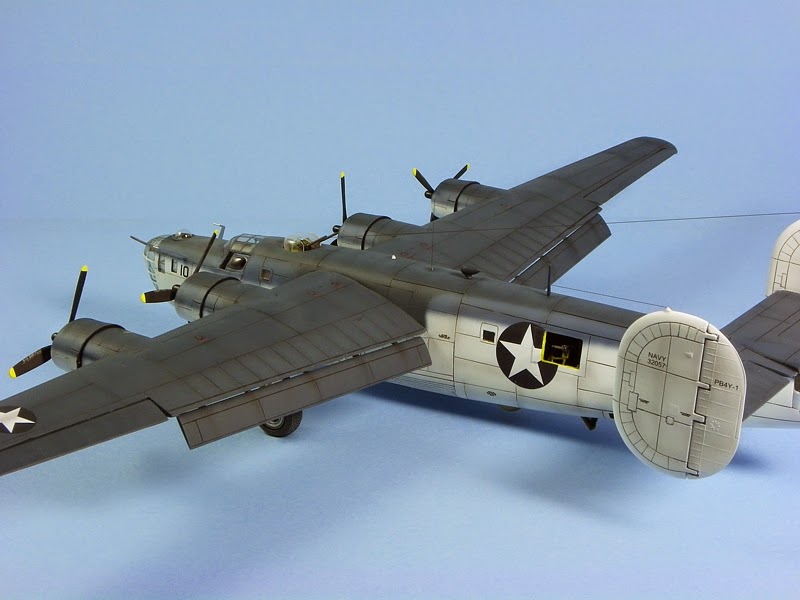 The efforts Bill went to in order to turn out this beauty are logged here and here, also providing a real good look at the places occupied by Lt j.g. Carl Iverson and other crew members of VPB-400 in those long, dangerous patrols - as well as open mouthed admiration for Bill's attention to detail. 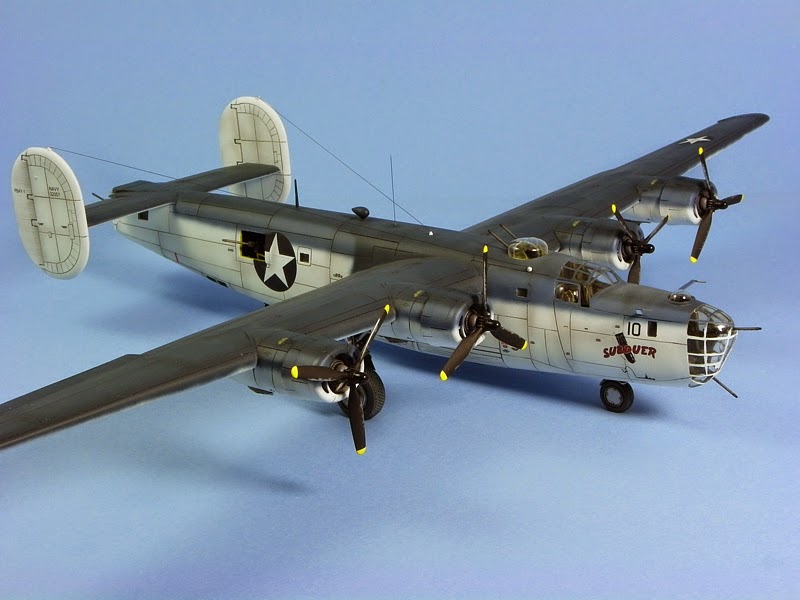 If the definition of a successful model is imparting the inspiration to go out and buy the same kit in the naive aspiration of being able to duplicate it, then Bill's PB4Y is an unqualified success. 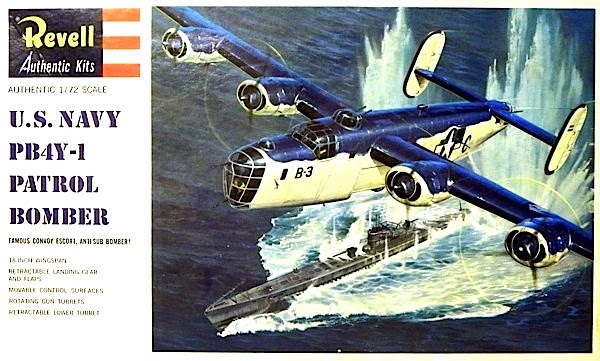 Absolutely gorgeous work. I well remember building this kit in the summer of 1972, but in the B-24D "Blue Streak" iteration. Unless you've seen the original kit, it's hard to know just how much work he's put in this. Thanks so much for posting this and the previous Zero. They show how truly we enjoy an embarrassment of riches in terms of great kits these days.

Like Oleg, these great photos sent me to the link, which is excellent. An exquisite build. The panel line treatment and transparencies are really set off by this camo. Thanks for sending these, Bill.

And a great one for the Wayback Machine. My introduction to this kit was when my best friend Rick Reynolds bought it at a drug store and built it for his father, Roy Reynolds, who parachuted from his B-24 and spent the rest of the war in German hands. IIRC Rick couldn't get the ball turret to fit and it ended up rattling around in the fuselage, but the rest went well: it was molded in OD so he only had to paint the underside, and his mother suggested Elmer's white glue for the clear parts - a revelation. This must have been around 1967 because we kept listening to the Beatles' new one, Sgt Peppers Lonely Hearts Club Band.

When presented with it, his dad took a long look and said, "Excellent. Looks just like a B-24." Rick apologized because it rattled, and Roy said don't worry, the real one made noises a lot worse! So - best of both worlds, Bill, especially since you paid exactly what Rick paid for the same kit 48 years ago.