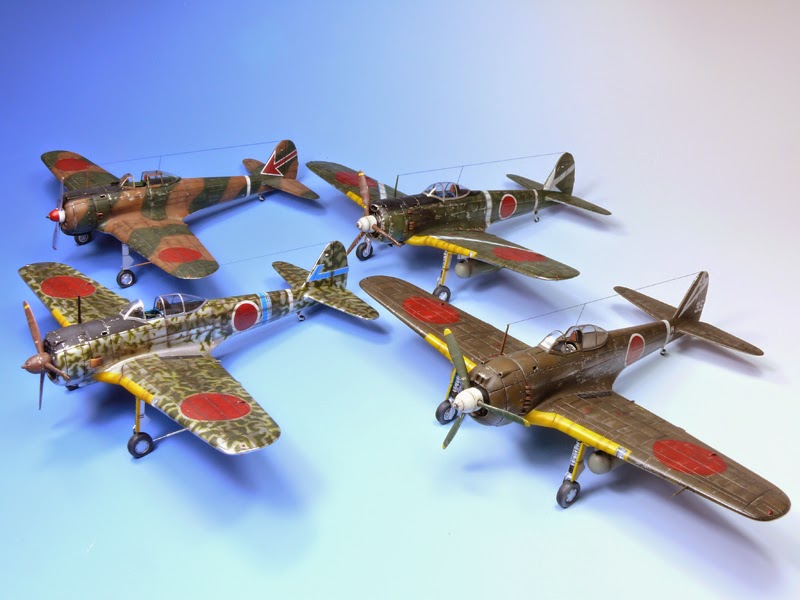 Spanish modeller José A Granado very kindly sent images of his superb quartet of 1/72nd scale Nakajima Ki-43 Hayabusa 'Oscars', purposefully representing the evolution of the type. In order to do these exquisite gems justice they are being presented as separate blogs. The Ki-43-I was made from the Fujimi kit with some improvements. The cockpit interior had further detail added with plastic card and strip. The airframe surface was riveted, the external drop tanks improved and the pitot replaced with metal tube. Finally a Rob Taurus vac form replacement canopy was installed. 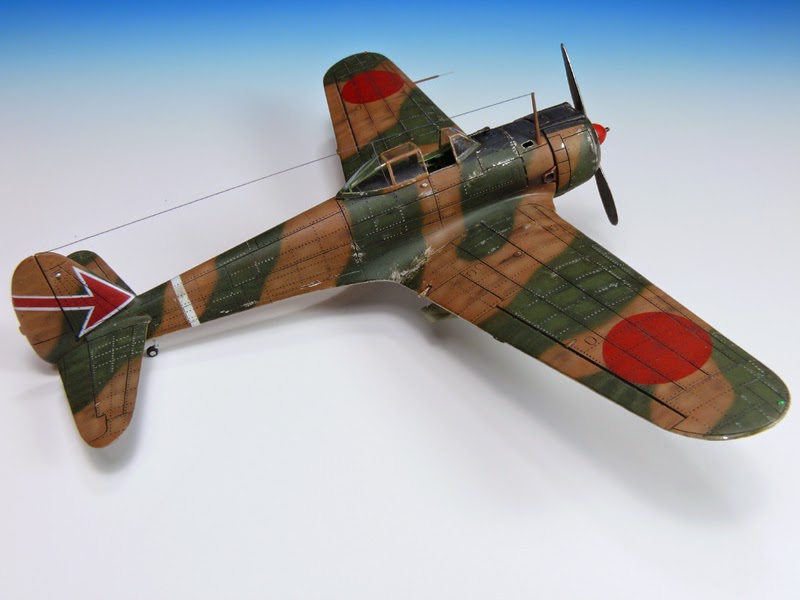 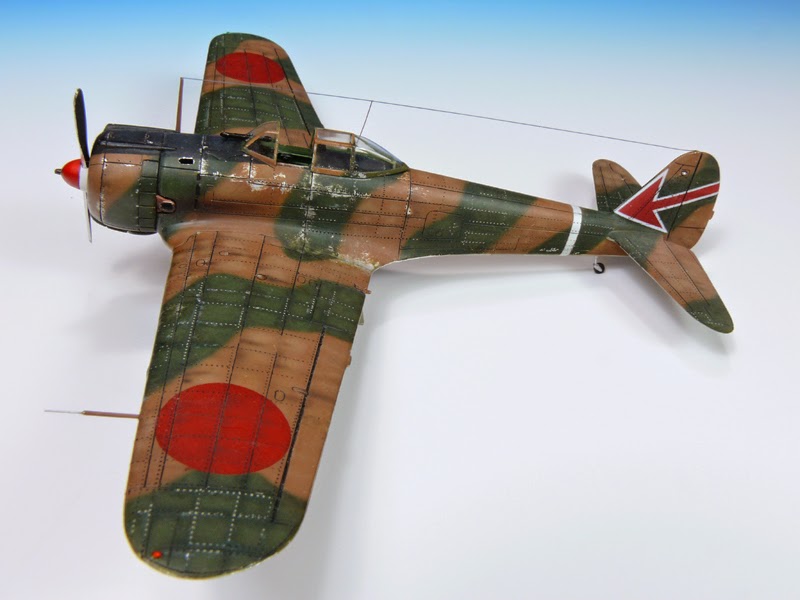 The model represents a Hayabusa of the 2nd Chutai of the 64th Sentai as it participated in air battles against the American Volunteer Group (AVG - Flying Tigers) and RAF over Burma in early 1942. The first Hayabusa aircraft provided to the unit in the autumn of 1941 were in natural metal finish and were camouflaged dark green before hostilities began with the under surfaces left unpainted. Two former 64th Sentai pilots both recalled that the dark green colour varied from aircraft  to aircraft and peeled off easily. After the fall of Singapore replacement aircraft collected from Formosa were already finished in a two tone camouflage scheme applied in Japan. 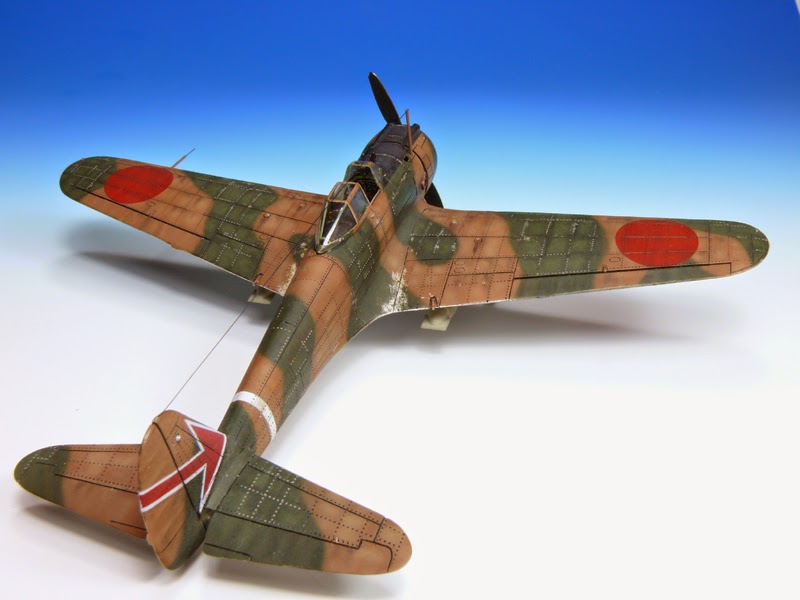 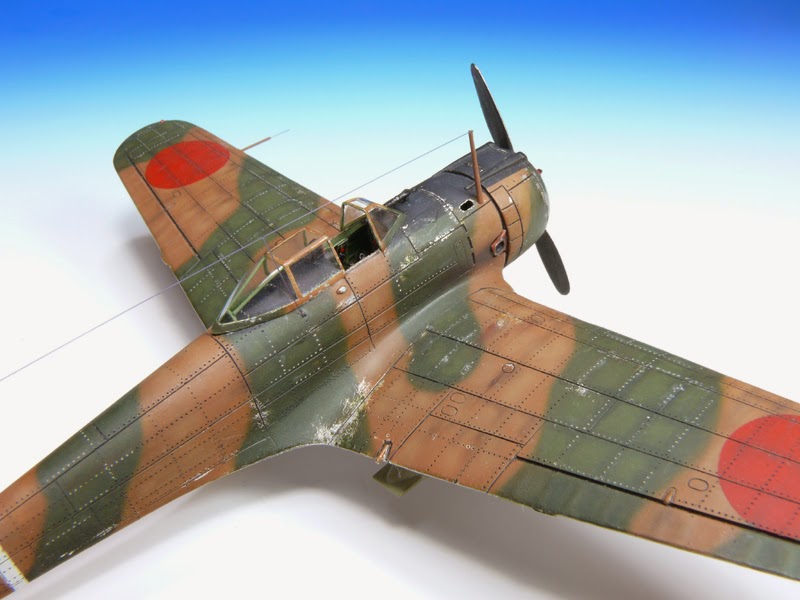 Were it not for the photo showing this superb model next to a pencil and bottle of Tamiya paint it would be hard to believe that it is to 1/72nd scale. The quality of workmanship, skill and painting technique are outstanding. 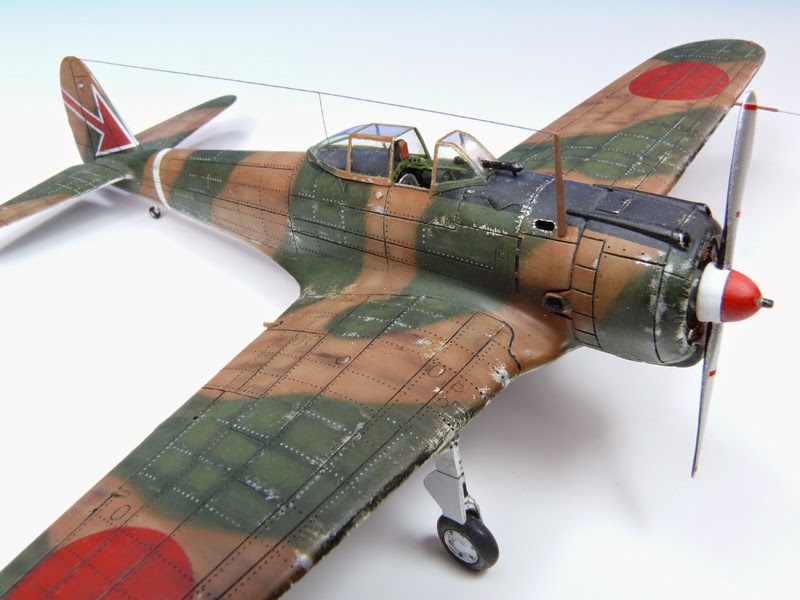 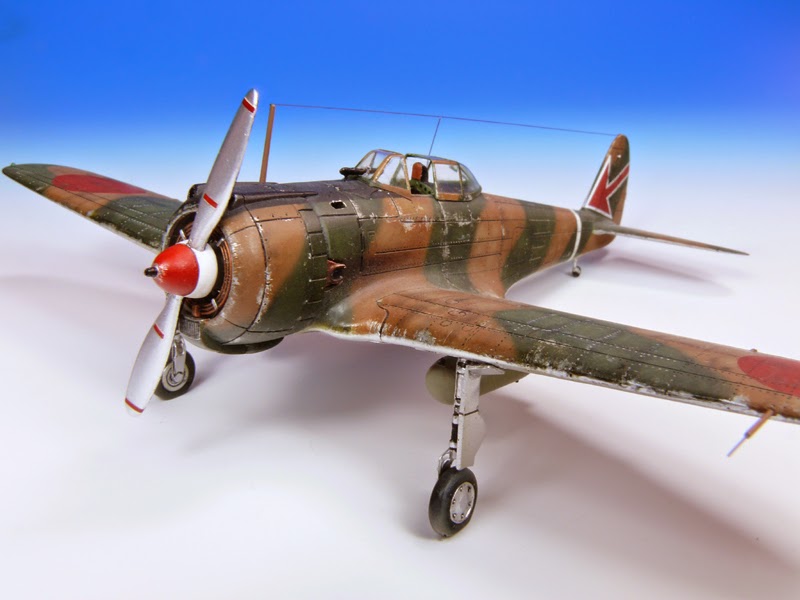 The Fujimi kit, dating from 1994, is still the best representation of the aircraft in this scale and has been released in at least 7 boxings with different art and markings options, including a special boxing with three kits and all three Chutai markings for the 64th Sentai. There are a few refinements necessary even if building it straight from the box. The landing light on the port wing is superfluous as it was not installed on this variant. The transparent part G2 should be cemented into the aperture in the wing, the seams filled, sanded and the whole painted over. Care needs to be taken assembling the prop and spinner to avoid a prominent seam line and the spinner itself is not quite the correct shape and length although as far as I know there are no replacements available. The prominent fairings over the machine gun breeches are a little crude even in this scale, being square-edged, and will benefit from some re-shaping. A replacement canopy is also a good idea as it is small and kit part rather thick. On the real aircraft the top edge of the upper flange on the main wheel covers is actually hinged to the well and not separate from it as rendered in the kit. Cut it off and replace it with plastic card cemented to the edge of the well and the top of the main cover after the undercarriage has been installed. 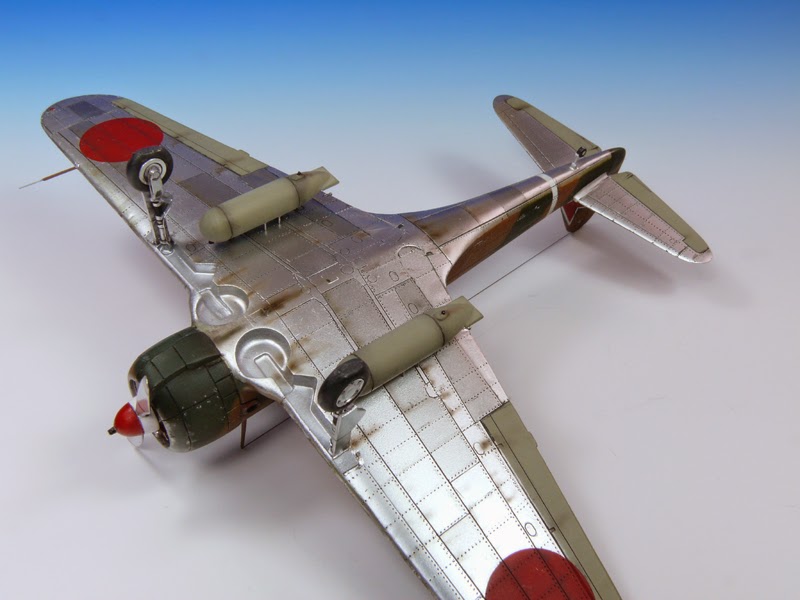 With thanks to José for kindly contributing the images to Aviation of Japan.

Oh be still my beating heart! You know I love Oscars! I applaud his builds here, and greatly look forward to reading about and seeing the photos of the other three builds.

The exterior finish is flawless. I think Jose' is shrinking real aircraft!

Bravo! A little work of art. All these models have an intangible and candid quality. The in-progress shots are great. Little things like the new rollover / headrest structure and reworked landing gear all add up. Looking forward to seeing the others in more detail also. Thanks Jose, thanks Nick.

What an amazing looking collection of Oscars. The schemes all look fantastic.

Nick, this series is one the best model aircraft posts you've done in quite some time in my very humble opinion.
These builds will certainly serve as an inspiration to me in the future. I have to go find some of these kits now, LOL!