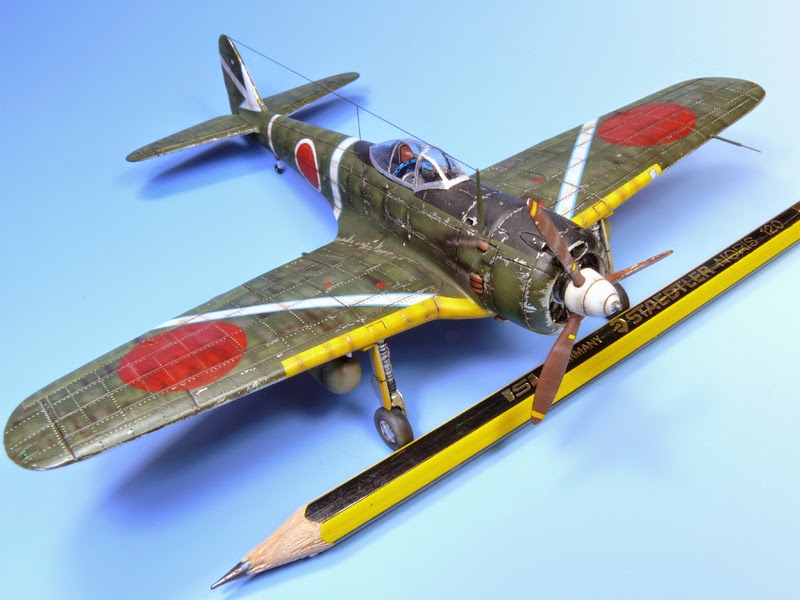 Nakajima's Ki-43-II Kai is often confused with Tachikawa's Ki-43-III Ko. Both had the individual thrust type exhaust stacks but whereas the II Kai only had a single uppermost stack on each side the III Ko had a pair. The water methanol injection of the III Ko, with the distinctive filler spout behind the cockpit, was also introduced during the II Kai production run. The two types have often been represented as consecutive developments but in fact they were produced in parallel, with the last Nakajima-built production Hayabusa being the II Kai model. 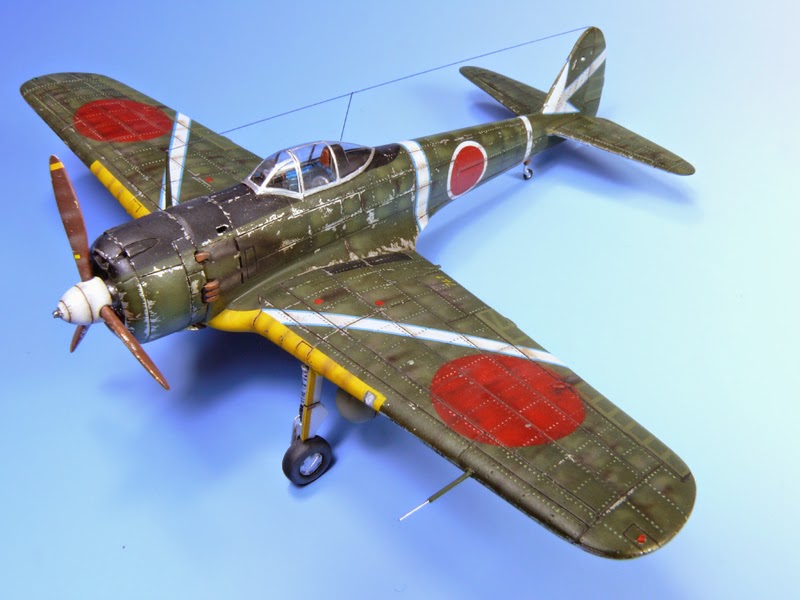 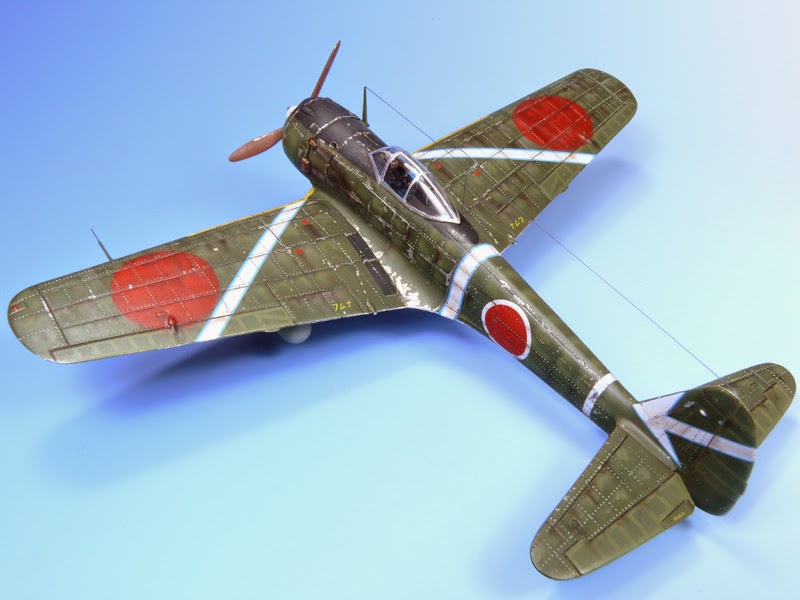 Production start of the II Kai is uncertain but the III Ko pattern aircraft was constructed during April 1944 and production by Tachikawa began in July 1944. Just to confuse matters Tachikawa continued the production of the II series Hayabusa until September 1944. Most Nakajima-built II Kai were delivered in the standard natural metal finish of the II series and camouflaged with the typical mottles, but the last production batches were delivered with a solid upper surface finish of dark olive green, emulating the factory painting introduced in the late summer of 1944, but with the under surfaces left unpainted. The reason for this 'interim' finish was probably because Nakajima Hayabusa production was already being run down to end in September 1944. 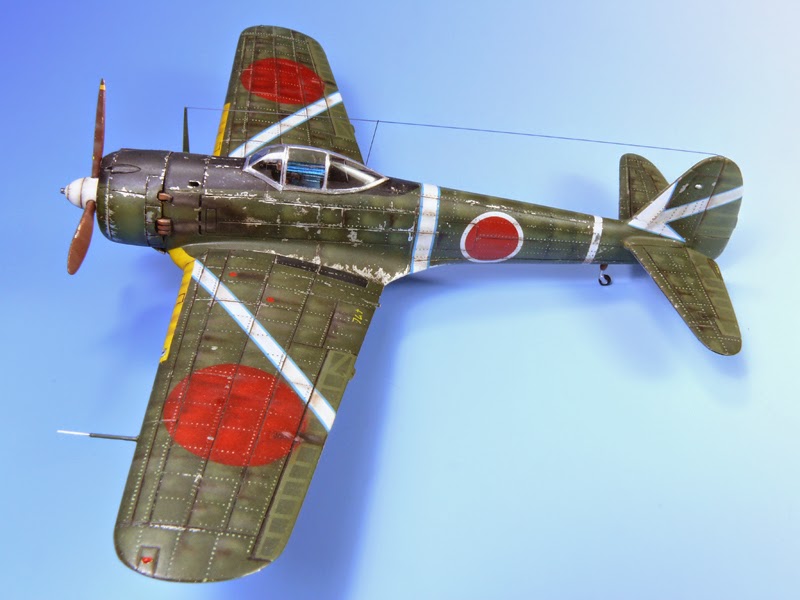 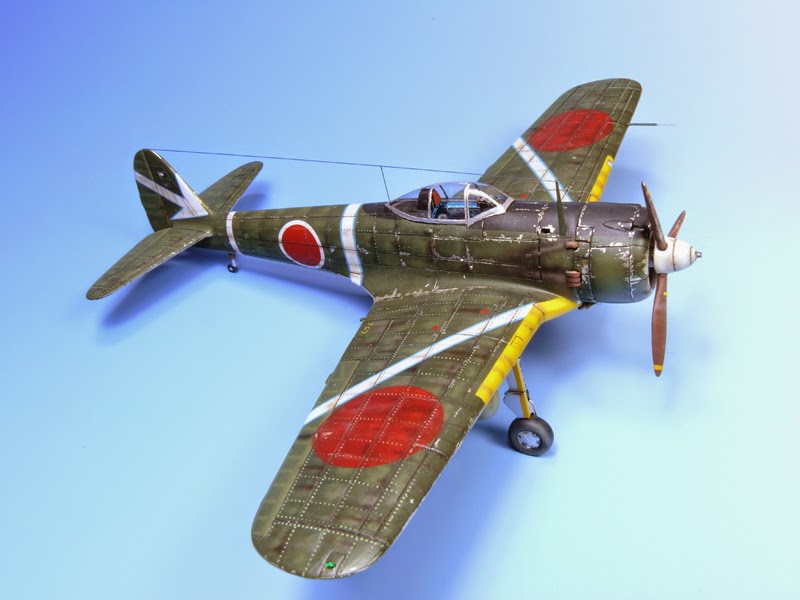 But as usual with Japanese aircraft there are mysteries a-plenty, because whilst photographs reveal mottle finished II Kai with the water methanol injection installation there are also photographs of late production II Kai in the solid interim finish without it! Not all replacement aircraft sent to units were new even though they were often refurbished before delivery. 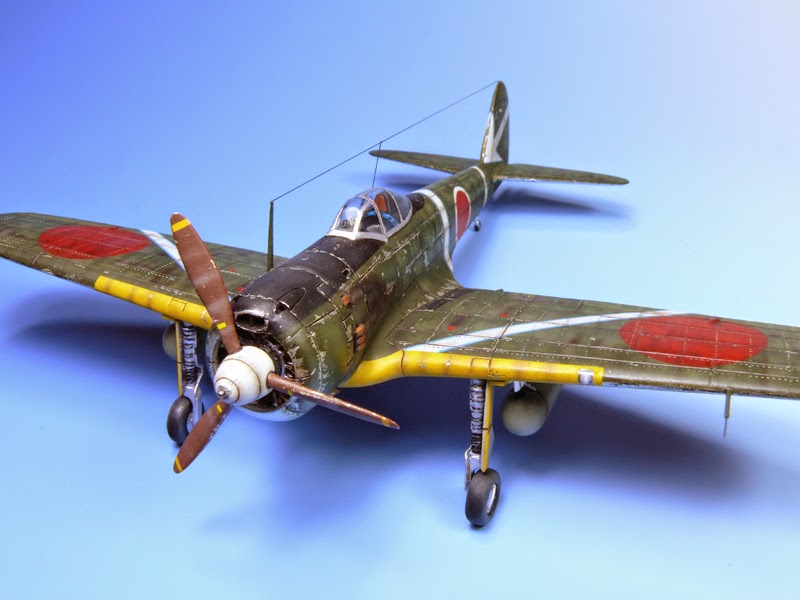 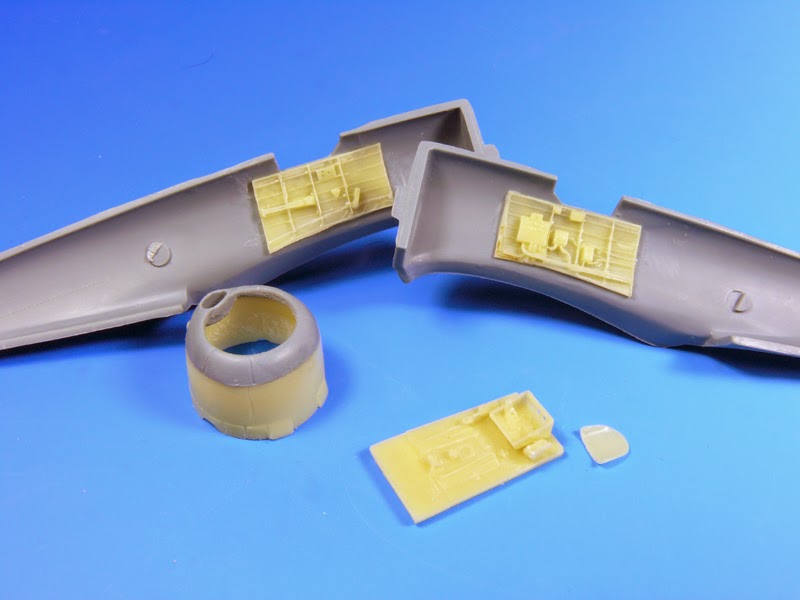 José's model, built from the AML kit, represents a Nakajima-built II Kai as flown by Maj Toyoki Ito the commander of the 64th Sentai in late 1944. The 64th Sentai operated the Hayabusa in all its variants from the beginning to the end of the war. The AML kit is a short run composite with resin as well as plastic components and is by no means a straightforward build (ask me how I know). José was deft in installing the resin sidewall detail, making up the composite cowling and building and painting the resin cockpit components. I ended up with my fingers stuck together and the dog hiding under the dining room table with his paws over his ears, resin and superglue being inventions of the Devil. 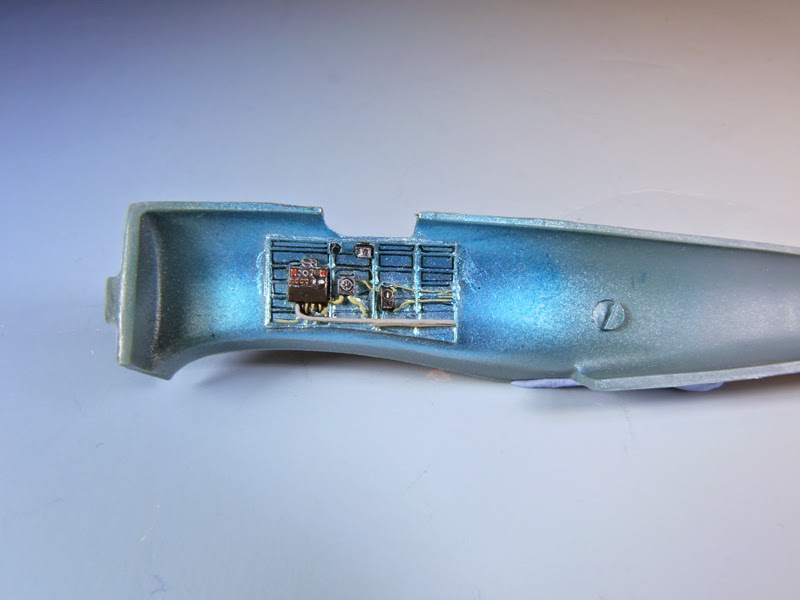 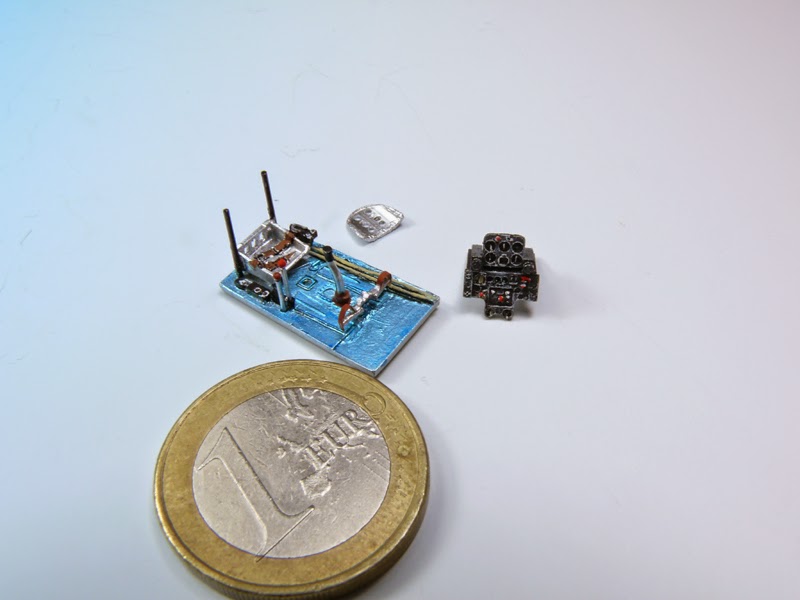 Again José riveted the whole airframe surface of the model and replaced the kit canopy with a Rob Taurus vacform. Note the composite resin and plastic construction in the photos below. 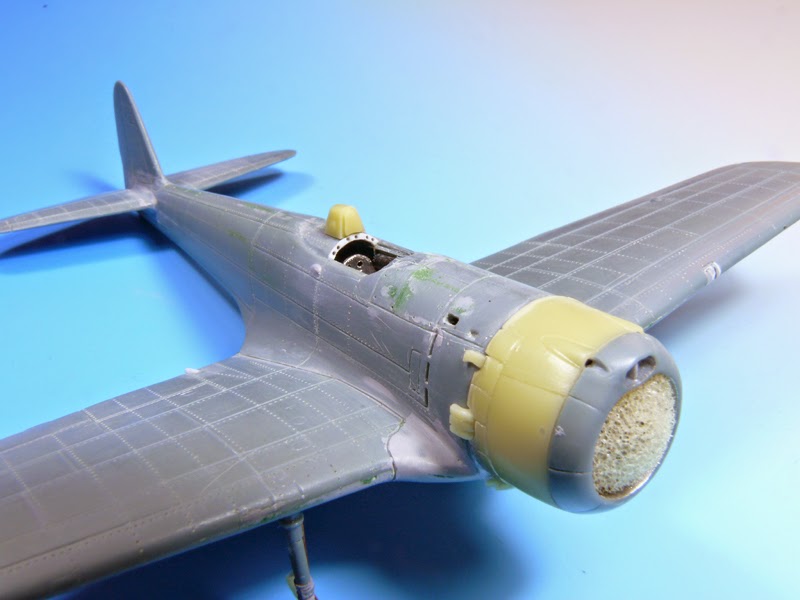 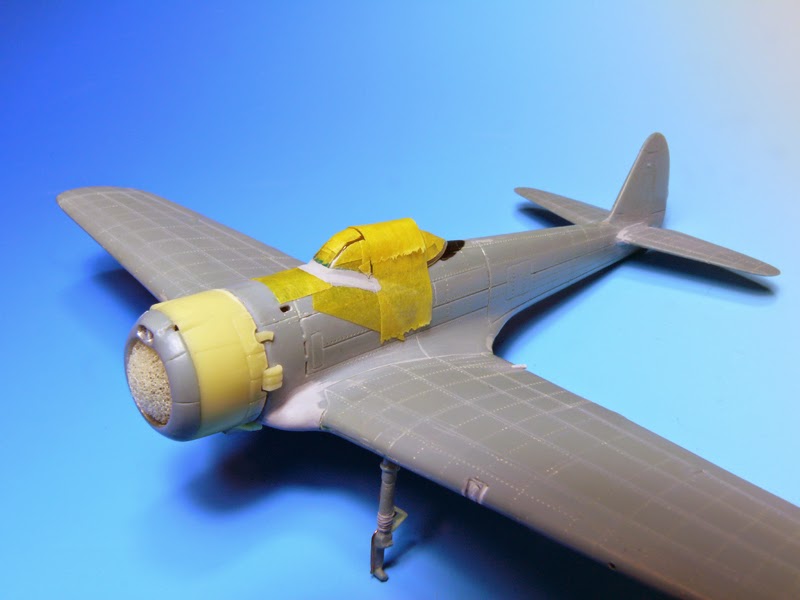 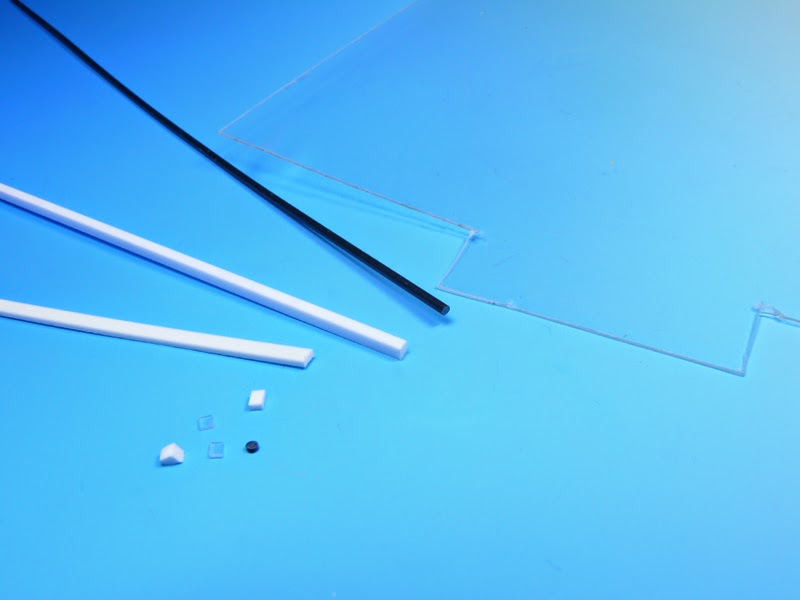 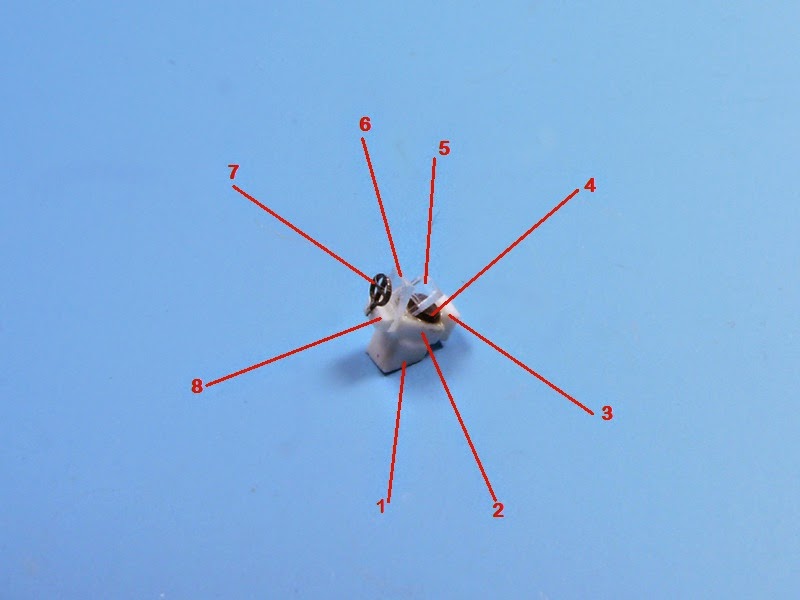 The result is a testimony to his patience, eyesight and fingers! The photo below shows the gunsight as installed on the previous Ki-43-II model. 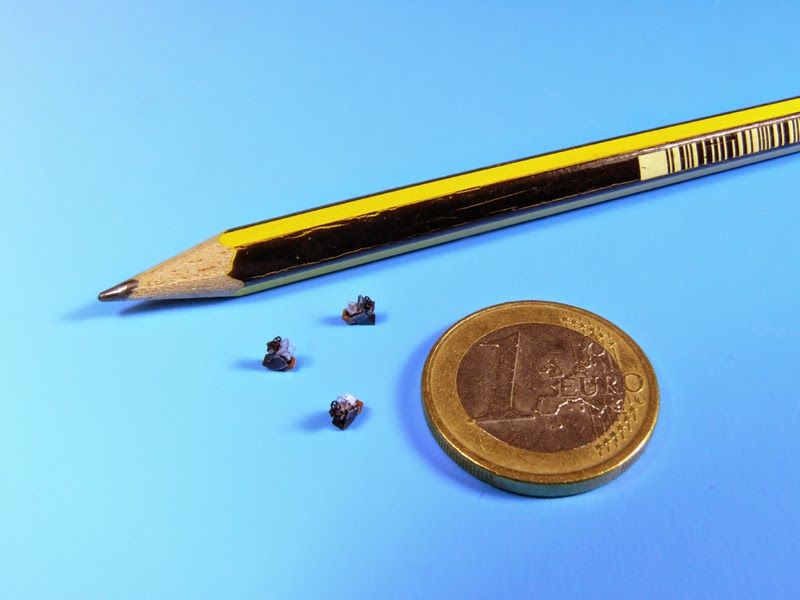 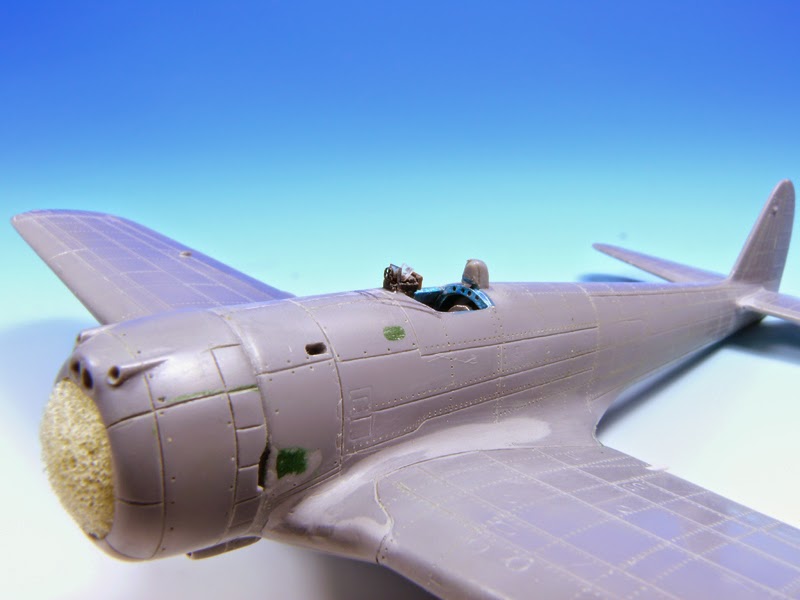 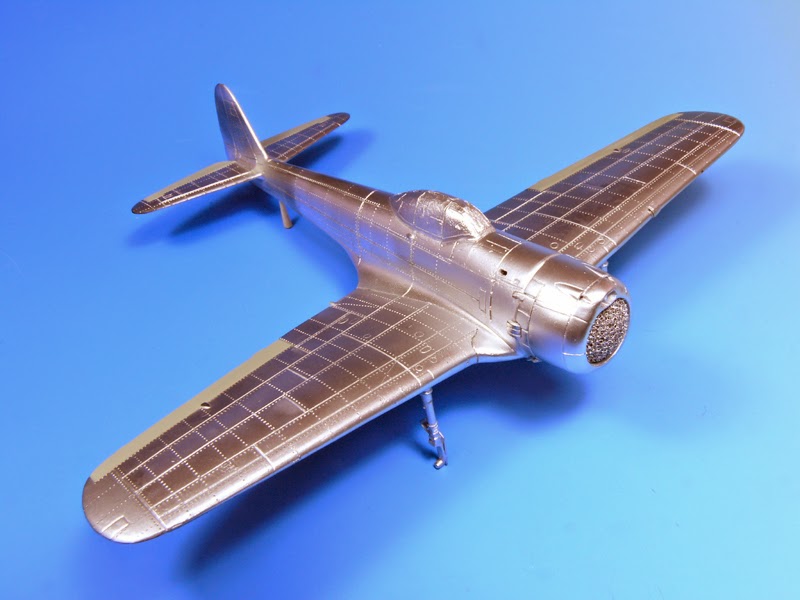 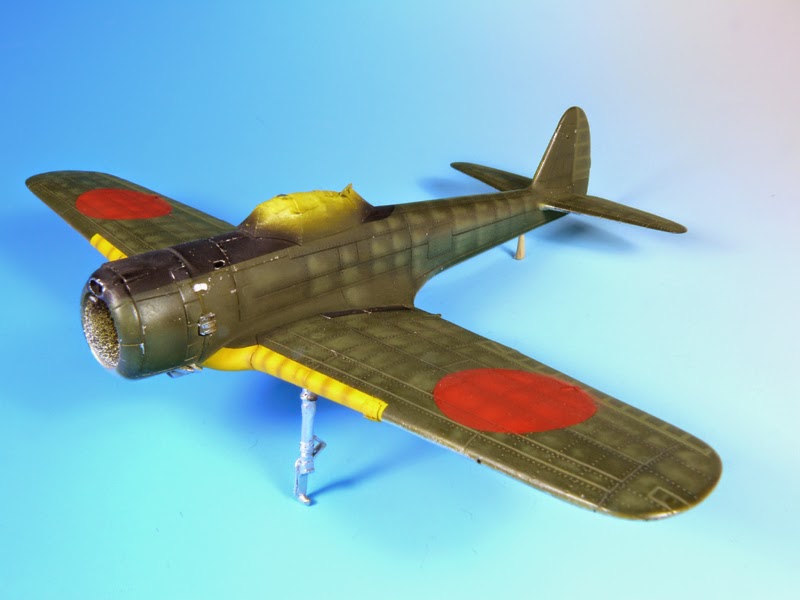 The final result is superb. 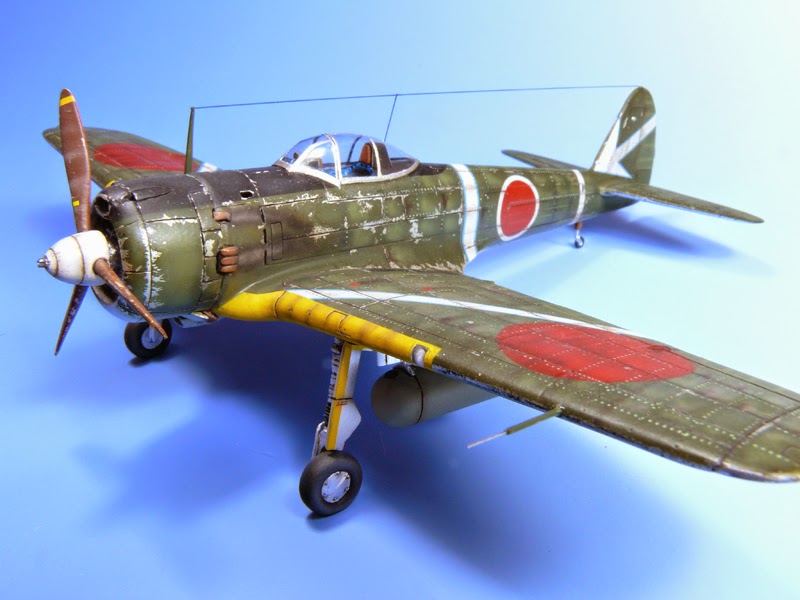 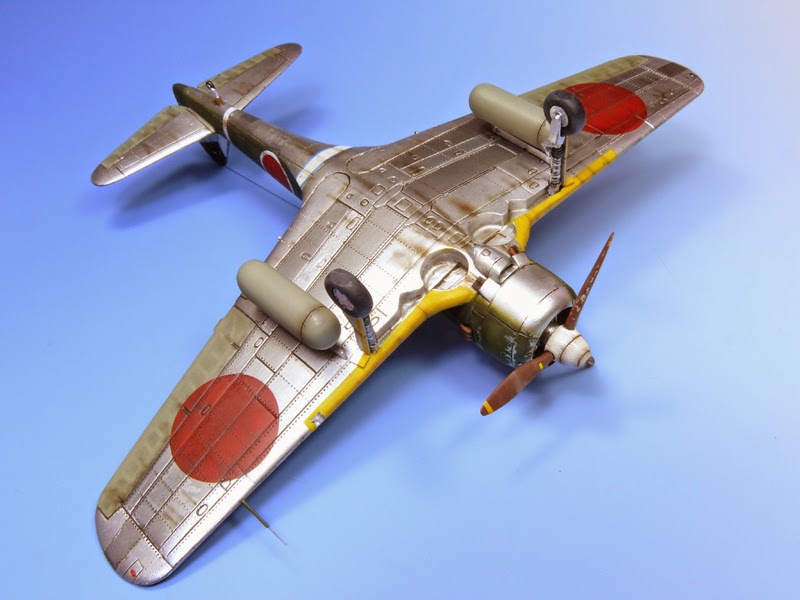 In reference to the gun sight construction: I - AM - SPEECHLESS.

Indeed, I would have chickened out and bought an aftermarket. Jose' is the KING of Oscar builders IMHO right now.

Thanks for the chance to see all of these beauties, Nick. Aviation of Japan is still the best place to see inspiring builds and learn more about the airplanes along the way. Kudos, Jose, for such systematic excellence! I have a friend here, Dr. Kendall Brown, whose work this reminds me of, I hope he has seen these.