In Praise Of Older Kits 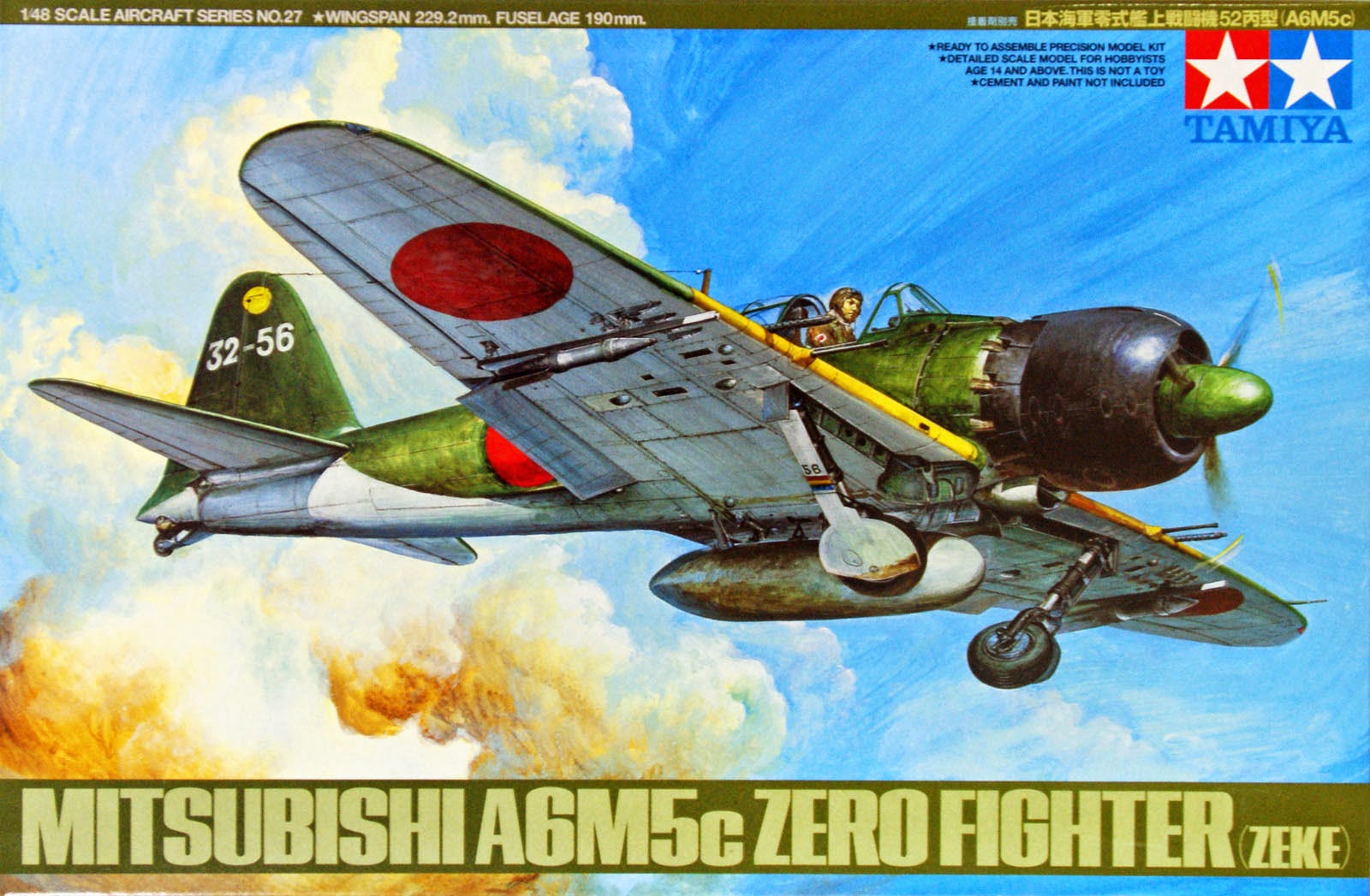 Long time correspondent Mark Smith very kindly sent me these images of his 1/48th scale Tamiya Mitsubishi A6M5c Zero in an email with the blog heading. This kit dates from 1983 but is still available direct from Japan at the princely sum of around £8 and falls firmly into the category of an oldie but goodie (is it really 32 years?). 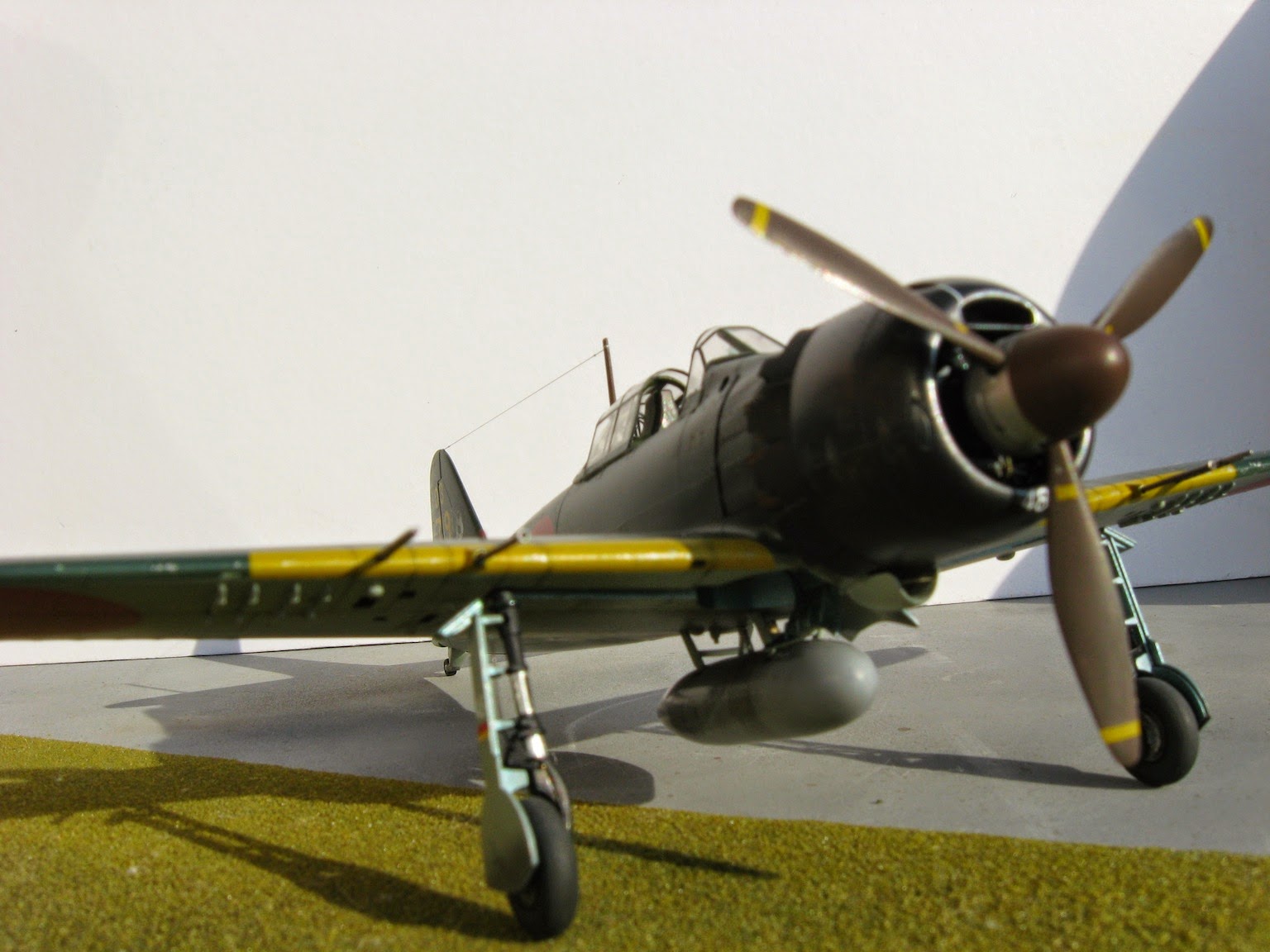 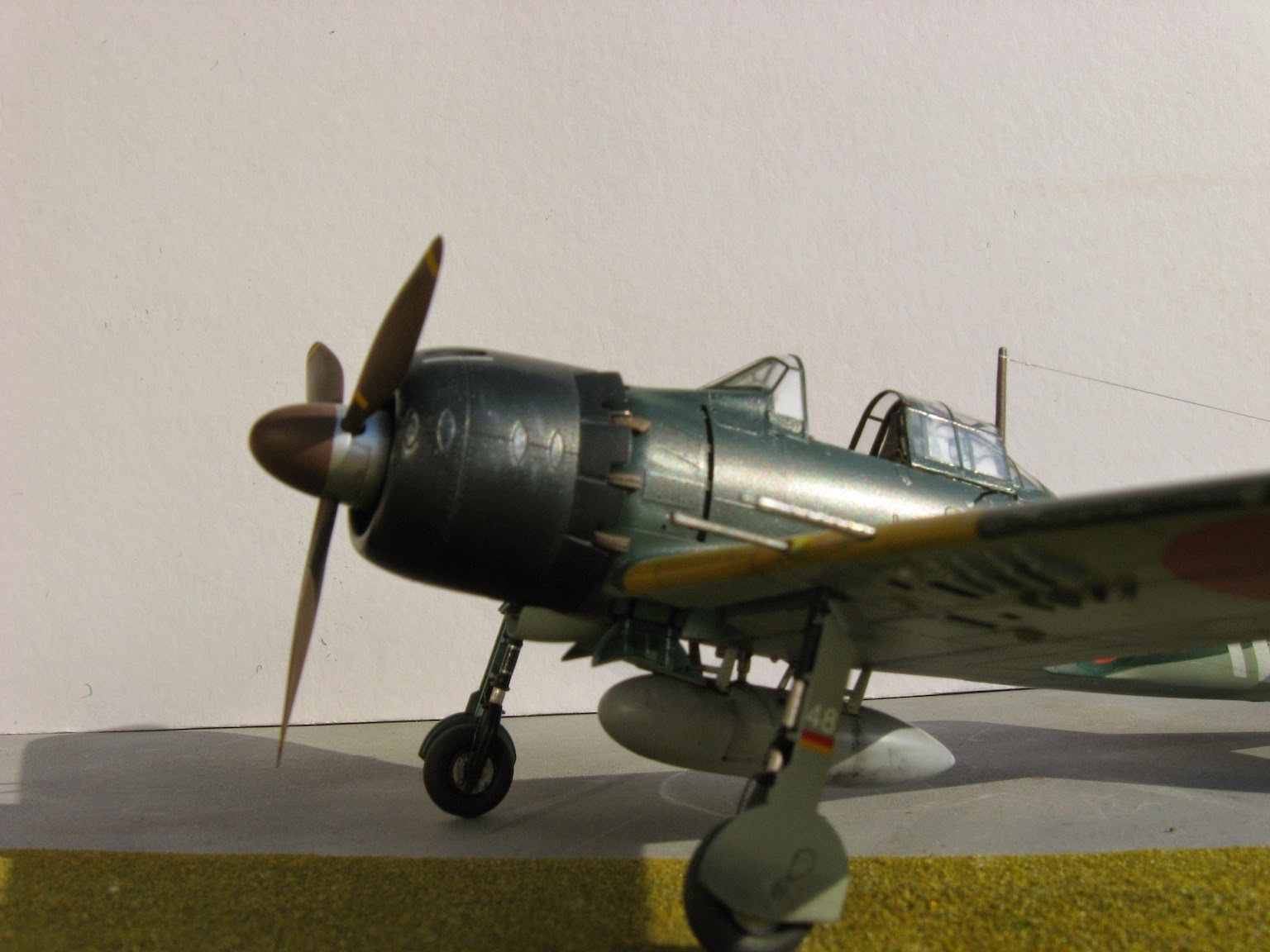 The A6M5c (and similar A6M3 Model 32) marked a steady progression from some of the more toy-like features of Tamiya's earlier 1/50th kits, often with rather heavy detail, 'robust' working features and motorisation, beginning with the new generation 1/48th scale A6M2 released in 1973. The Matchbox 1/72 A6M2 was released around that same time and notwithstanding the scale differences they are like chalk and cheese in terms of accuracy and fidelity of shape. 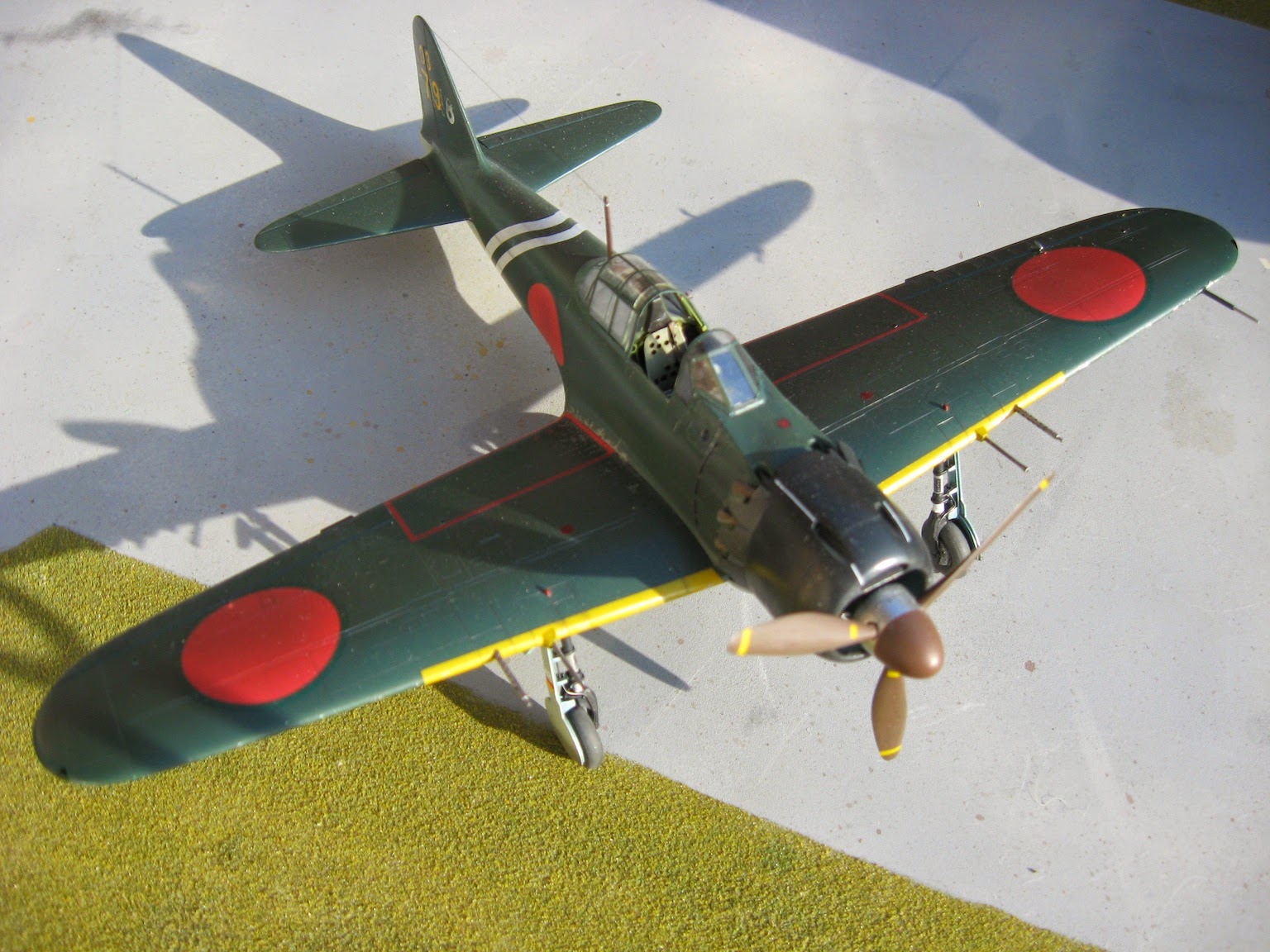 Mark wondered when he first saw it how it could be any better, as it set new standards on so many levels, and really captured subtleties of contour and detail in new ways for a Zero model. The model has a Squadron vac form canopy and a few extra details here and there – but not much. This kit was reviewed against contemporaries in a  survey of Zero kits  by Peter Fearon in the December 1991 issue of the British Scale Models magazine. He noted that detail changes from the A6M3 had been correctly incorporated, criticised only the lack of a transparent armoured glass panel behind the cockpit and considered that it was:-

"Another outstanding kit, showing evidence of thorough research, as well as excellent standard of manufacture." 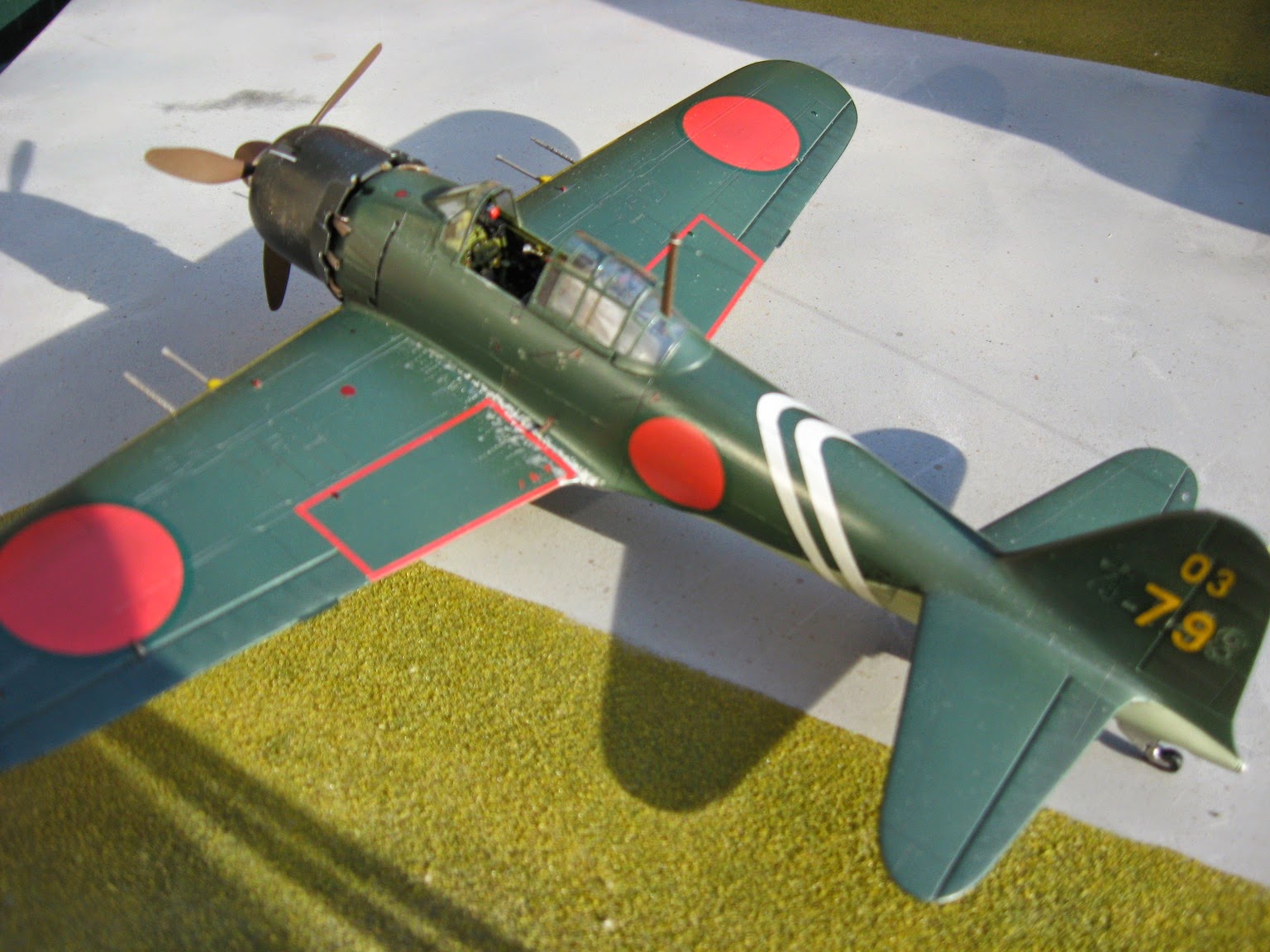 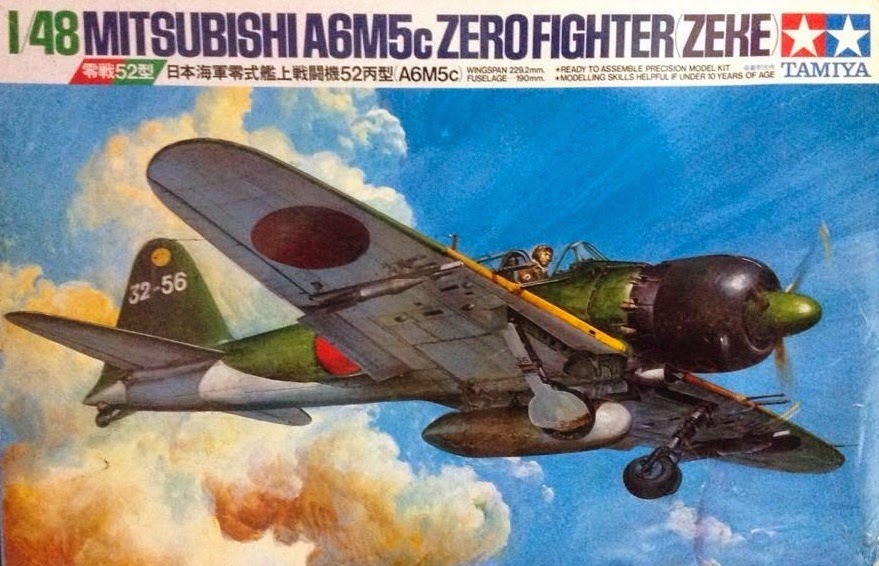 Anyone not afflicted with 'latest tooling' snobbery who doesn't believe that any kit older than he is must be a 'POS' will find this an enjoyable build and a great way to practice techniques without worrying too much about the pennies or cents - or all that resin and photo-etch. The kit comes with no less than seven markings options and Mark's model represents an aircraft of the 203rd Kokutai based at Ohmura during the air defence of Japan in 1945. Mark expressed the wish to see more older kits here and build reports of kits old or new here. Me too!

Outstanding! Truly, just because a kit is *old*, doesn't have a current sheet of p/e available from Eduard, canopy masks, etc. doesn't have to mean it's bad.

Nice Zeke! It´s pity, that all images are out of focus. But say YES to old kits. They are definitely worth to build.

Thanks for posting this Nick.

There's a lot to be said about some of the older models. Whilst they may not be entirely accurate and have blobs as pilots or seats that look like a covered chair at a wedding, the work required in bringing them up to scratch is what I like.

Adding scratch built details to cockpits, engines, wheel wells, etc., is all part of modelling to me and more enjoyable that merely putting together the 'perfect' kit with a minimum of any real work.

When these older kits are finished I can stand back and say to myself, self, I did that...

I agree with Bob - the sense of satisfaction and pride you get from bringing an old kit up to modern standards is much more than you get from a shake and bake kit. More fun, too!